The monuments and headstones at Oak Grove tell a story of a once prosperous city and its citizenry.

As All Hallows Eve approaches, it seems appropriate to wander about one of the handsome cemeteries where the famous, the infamous, and just plain folks are laid to rest. Before any municipal parks, picturesque wooded cemeteries served as a de facto public park, a place where people could escape the fumes of manufacturing, take a picnic, and, in good Victorian fashion, contemplate the meaning of death. Oak Grove in Fall River, Massachusetts, is such a place. A classic example of a mid-19th-century rural cemetery, this bucolic burial ground was the precursor of city parks, such as those engineered for dozens of major cities by Frederick Law Olmsted, the father of the American landscape profession.

Josiah Brown, the designer of a number of Fall River’s mills, laid out Oak Grove’s 47 acres in 1855 (Olmsted’s Central Park in New York City dates from 1863). But the inspiration for this southeastern Massachusetts necropolis and almost all garden cemeteries was Mt. Auburn Cemetery in Cambridge, Massachusetts. (For more on Mt. Auburn Cemetery see “Here on Earth” in Design New England‘s March/April 2008.)
Oak Grove, however, does more than hold the departed. It is a window into what a wealthy and important city Fall River once was. Present day Fall River seems a bit bedraggled, its magnificent “Satanic Mills” gone, shuttered, or praying for renovation. Like Lowell and Lawrence in Massachusetts, and Manchester in New Hampshire, Fall River boomed during the Civil War, and many of the marble and granite monuments reflect both the city’s prosperity and the architectural styles of the period.

The entrance to Oak Grove is marked by a Gothic stone arch that is both grand and foreboding.

The 1873 gateway is a handsome Victorian Gothic ensemble, and certainly the equal of contemporary counterparts in Britain. But the decorative floral flourishes and squat columns of the style also appear in the gravestones of Fall River’s elite. (Besides the original families of the industrialists, Oak Grove holds such luminaries as actress Cornelia Otis Skinner, department store magnate W.T. Grant, and Lewis Howard Latimer, an African-American collaborator of Alexander Graham Bell.)
It is impossible for most outsiders to say Fall River without saying Lizzie Borden in the same breath. The accused axe murderer (she was acquitted of the charges) has a simple stone marking her grave, the chief reason for Oak Grove’s being an object of pilgrimage.

The simple headstone marks the grave of one of Fall River’s most infamous citizens, Lizzie Borden, who was accused of murdering her father and stepmother with an axe.

The epitaph on this Victorian Gothic stone for another Lizzie, “Not too young to answer the call/When He called her home,” reminds us of how many children died young in the 19th century. What epidemic, we wonder, sent 266 children to Oak Grove in 1866?

In addition to the judges, congressmen, mill owners, and philanthropists buried here, there is a section devoted to the local soldiers “Who Fought and Died for the Maintenance of the Union.” The rows of identical, decaying marble headstones are arrayed behind a giant obelisk given by industrialist Colonel Richard Borden. One of these veteran’s memorials marks the resting place of James Holehouse, who, as a 23-year-old private in the 7th Massachusetts Volunteers earned the Congressional Medal of Honor for bravery at the Battle of Chancellorsville. That bloody battle in Virginia also resulted in the death of the storied Confederate general Thomas Jonathan “Stonewall” Jackson.

One of the many marble headstones marking the graves of soldiers who died during the Civil War. 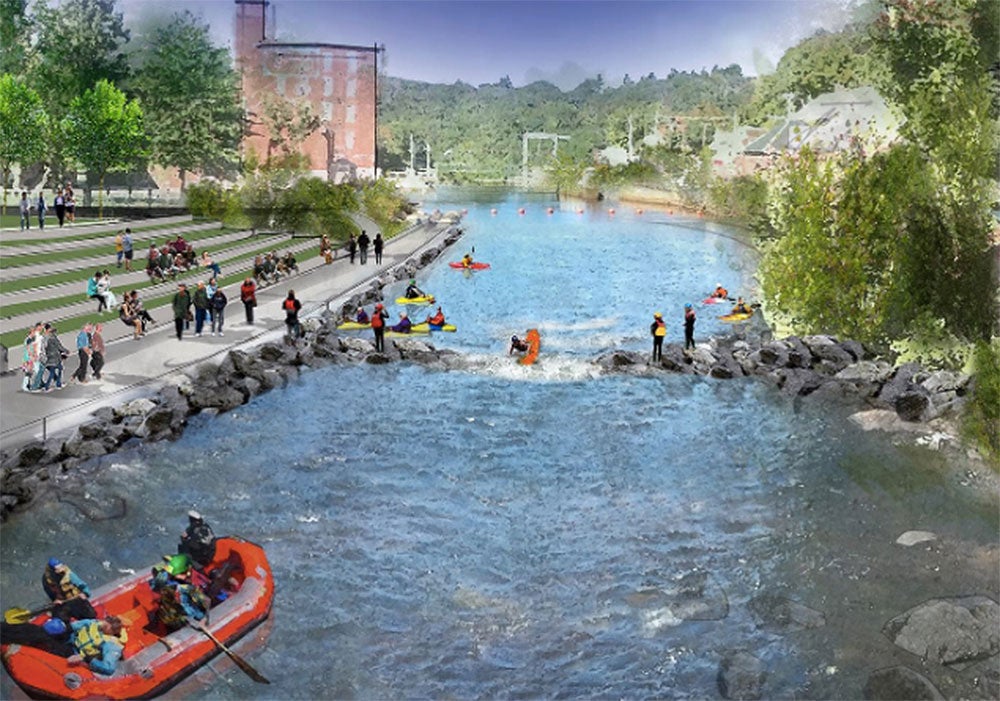