A 12-by-8½-inch bas-relief I came across in an antique shop in Thomaston, Maine, was not to be mine. (It was priced at $3,500, so no thought of my ever owning it.) But I was haunted by the seeming collusion of two geniuses of American art in this small piece.

Winslow Homer’s place in the pantheon of American artists seems forever secure. The young Bostonian made his name as a war correspondent for Harper’s Magazine during the Civil War. Afterward, Homer painted Tom Sawyer-like boys playing snap the whip or pretty young women doing farm chores or promenading along the beach beneath parasols — an attempt to regain a lost national innocence or a sublimation of seen war horrors? Homer also was an amazing water colorist, depicting hunters in the Adirondacks or tropical scenes in the Bahamas.

But it was Homer’s later paintings of the sea that define his greatness. Despite having spent time in Paris at the time of French Impressionism, Homer settled in Maine where he depicted an increasingly menacing world. Living hermitlike in a studio at Prout’s Neck, he painted seascapes that are not pretty images of ocean side vacations. Rather, they relay the elemental forces of the sea, its dangers, and its sublime mystery. Homer’s brilliant compositions show Yankee fishermen engaged in a life and death struggle against nature. The odds, for example, are stacked against fogbound Gloucester dories or a fox struggling through snow trying to escape a flock of killer crows. Homer’s canvases eventually ceased to have any people in them at all, showing only the vastness, power, and loneliness of the sea itself; they are quantum leaps beyond Moby Dick, Herman Melville’s anti-Transcendental screed, and are more visceral, more frightening.

Homer’s dark psyche was captured in Baskin’s bronze. The famous printmaker, sculptor, and Smith College professor was no stranger to Man’s darker nature. Spanning a career over the second half of the 20th century, Baskin (1922-2000) never abandoned the human figure. His often-troubled subjects — Medea, Williams Blake, predatory birds, and the like — were drawn from the Bible, the classics, or Shakespeare. Homer would have recognized the existential angst in Baskin’s gloomy portraits.

In the eyes of the Homer totem, Baskin offered up a taste of the brutal lives faced by tough people surviving in a harsh land. In doing so, he built upon a 300-year-old tradition of uncompromising New England portraiture, some of which can be found just by wandering early graveyards. 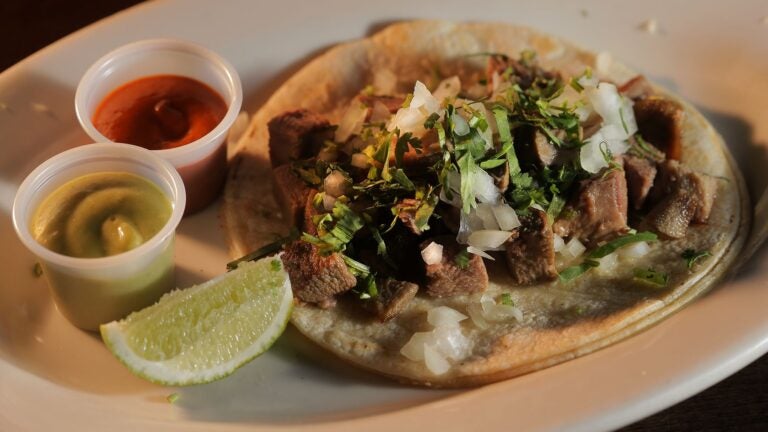