Here’s something lavish to cheer up those winter blues: a high-class Newport, Rhode Island, auction with relics from Villa du Soleil. The Italianate mansion, boasting formal gardens, handsome balconies, and a pink pebble driveway, is still on the market for $3.9 million (down from $4.6 million), but some of the fantastic art inside, including paintings, sculptures, furniture, glassware, china, and furnishings are being sold by Mid-Hudson Auction Galleries at The Newport Harbor Hotel and Marina Saturday, January 18 starting at 11 a.m. Here’s a preview of the some antiques (and a perspective of how much they are worth) that we predict will sell like hotcakes.

Next is a luminous piece of pastel art attributed to the French Impressionist artist Pierre-Auguste Renoir. It is credited as being a study for Bathers with Crab (1900) at The Carnegie Museum of Art in Pittsburgh, Pennsylvania. Starting bid is $10,000. Estimated: $40,000 to $60,000.

Charming and classic, 18th-century French cherub garden statuary depict war and peace and are from the legendary Astor estate in New York. Starting bid is $1,000. Estimated: $2,000 to $3,000.

Signed by American sculptor Edward F. McCartan, a pair of figural bronze candlesticks is in the Art Nouveau style. They are described as sensual and intriguing. Starting bid is $1,000. Estimate: $2,000 to $3,000.

This 19th-century oil portrait of Mary Todd Lincoln was purchased from the estate of Ned Bullian in Florida and is possibly attributed to Samuel B. Morse, the American painter turned inventor of the Morse Code. Mounted on Masonite and measuring 30 inches by 24½ inches, it needs restoration and shows previous restoration. Starting bid is $4,000. Estimate: $8,000 to $12,000.

How precious is this pair of Tiffany and Co. bronze candlesticks? Resembling a cobra with a cauldron, they are organic yet delightfully dark. Marked “Tiffany Studios, New York” they are numbered and measure 8 inches tall. Starting bid is $600. Estimate: $1,200 to $1,600.
Great design is always at your fingertips! Read the January/February 2014 issue online! 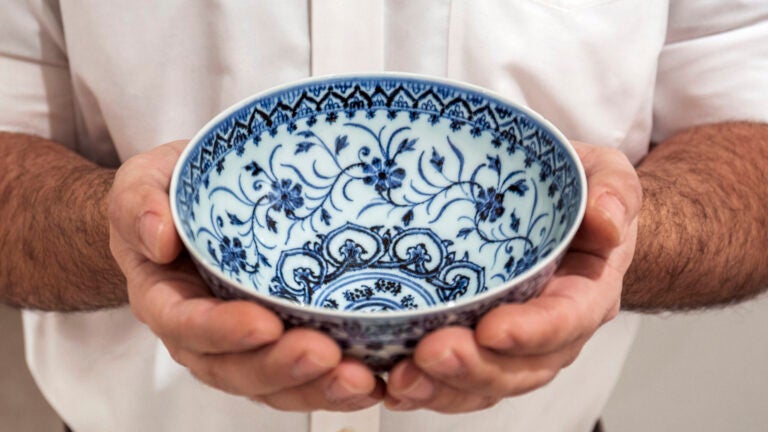