The Cinderella moment came five years ago for Woonsocket, Rhode Island, when it was featured in the Lasse Hallström movie Hachi: A Dog’s Tale, starring Richard Gere. Hachi is the story of a dog that walked his master to the train each day and greeted him upon his return every evening. When his owner suddenly dies, the dog stands sentinel at the train station until his own death 10 years later. So, another star of the film is the Providence & Worcester Railroad Station.

Film stardom aside, Woonsocket is both fascinating and discouraging. Once an industrial powerhouse, this down-at-the-heels mill town is today primarily known as the headquarters of the drugstore chain, CVS — located in an office park far from downtown. Urban renewal created a wasteland of the heart of this small city, now a collection of fast-food shops, bland new commercial buildings, and far too many parking lots. Some mills, along with streets of triple-deckers, and churches of various denominations, line the hills around the city, recalling its heyday as a magnet for immigrants, particularly French-speaking Canadians. The great 19th-century woolen mills along the largest waterfall along the Blackstone River are gone.

Those French-Canadians are honored by the Museum of Work and Culture located in a former textile mill. The National Park Service also offers exhibits about and tours along the Blackstone River, the stream that was the birthplace of America’s industrial revolution. Too far from either Boston or Providence, Woonsocket’s surviving mills have not attracted the sort of artist and entrepreneurial revival that might have injected new life into this smaller version of towns like Fall River, Chicopee, and Lawrence.
A block of old Main Street has been the focus of some rehabilitation. But the outstanding building in downtown Woonsocket is the 1882 Queen Anne-style Providence & Worcester Railroad Station. The engine weathervane has disappeared, but this handsome brick and terra cotta piece of Victoriana is a treasure. While lacking the lavish budgets of H.H. Richardson’s magnificent suburban Boston stations of the same time, architect John W. Ellis was able to create picturesque texture using patterned bricks and opalescent glass.

The station was spruced-up for the filming, as was the area around it. The commercial block across the street got a makeover, complete with viable street level businesses. Renamed with the more suburban name of Bedridge for the movie, the town bustled with prosperous looking commuters. (Those folks did not head off to Woonsocket mill worker housing.) The university professor played by Gere went home to a large Italianate house a block from Narragansett Bay in the picture-postcard-perfect town of Bristol, Rhode Island.

In 2012, a reproduction of the original Hachi statue in Shibuya, Japan, was placed in front of the railroad station. Depot Square is now Hachiko Place. But this is all that remains of a lively, make-believe New England town. The real Woonsocket has been left behind.

A Hachi reproduction statue is in front of the railroad station in Woonsocket.

Great design is always at your fingertips! Read the January/February 2014 issue online! 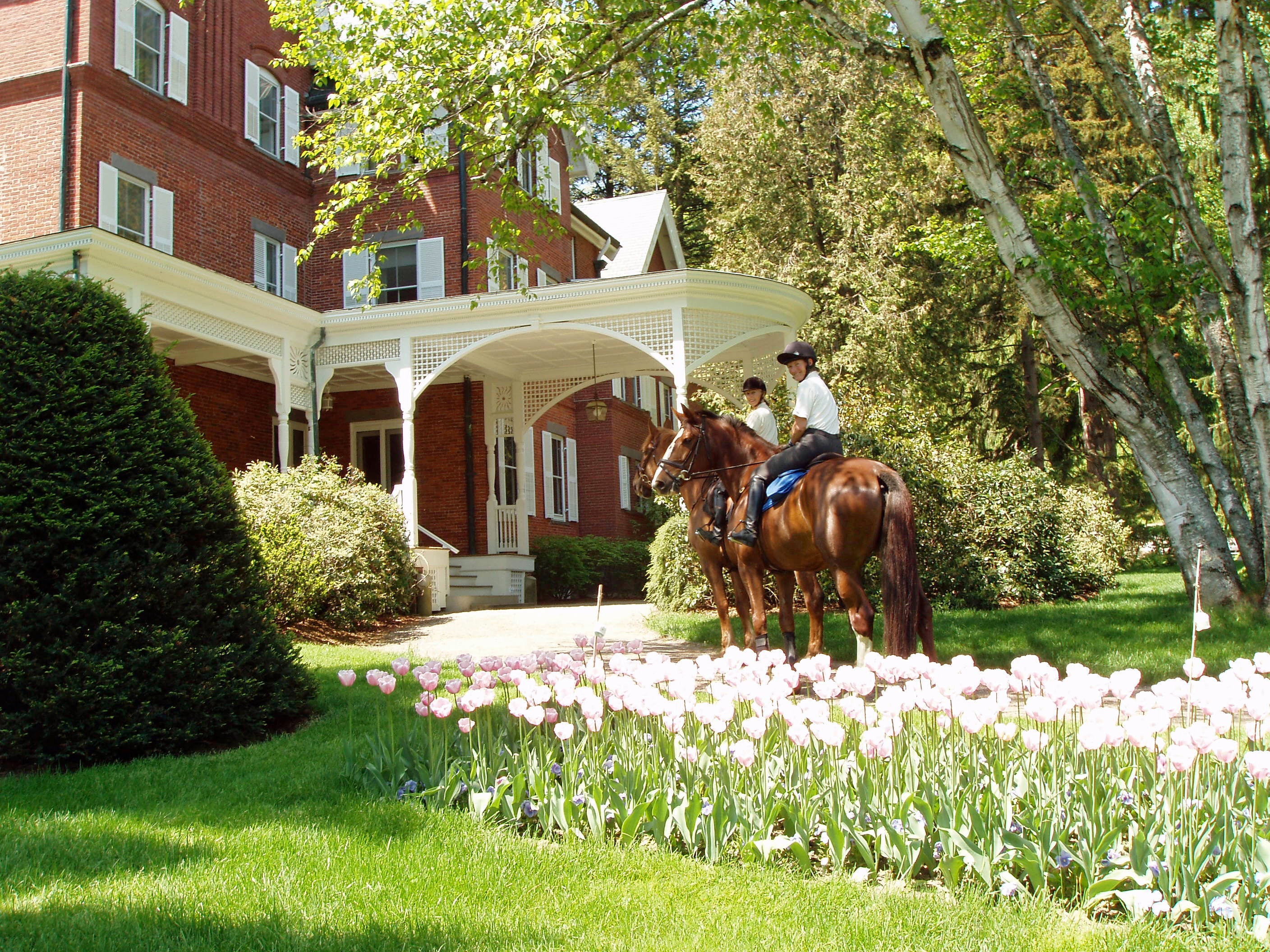 These 3 small New England towns leave a big impression, according to Country Living