Many New Englanders build their own houses, but few write a book about the experience, among them Ruth and Michael Jolliffe, authors of Bluefish: Two Voices on Building a Wonderful House. It is the story of creating a remarkable home on the shores of Buzzards Bay in Mattapoisett, Massachusetts, and is both a delightful window into the lives of an adventurous couple and a cautionary tale about the contemporary world of permits and environmental regulations (it took little more than a year to construct the house, but four times that to obtain all the required permissions).

The cover of Bluefish: Two Voices on Building a Wonderful House.
The story that Ruth Jolliffe tells is a familiar one from Long Island Sound to Casco Bay: a wonderful old vacation home by the shore now owned by third and fourth generations, scattered siblings and cousins with varying senses of obligation toward a house of many memories. Almost always these family treasures need major renovation.
In 1967, Ruth’s father bought such a place, an 83-year-old Shingle Style cottage called the Parsonage (it was next to an Episcopal summer chapel). Upon her parents’ deaths, Ruth and two brothers (both of whom lived away) were faced with what to do with a beloved 7,500-square-foot white elephant. While children and grandchildren loved to come back here whenever possible, the Jolliffes wanted to build a year round, energy efficient house. The solution was to divide the land into two parcels and demolish part of the big house to make it more practical for its non-resident owners.
For Bluefish, Michael and Ruth tried to figure out everything they wanted. As amply illustrated and explained in the book, they made models, drew sketches, and undertook constant revisions. They became masters of building codes, heating and ventilation systems, and myriad construction materials. A civil engineer (he worked on the notoriously complicated Sydney Opera House), Michael produced an extremely rational design, using 20-by-20-by-10-foot modules and wrapped the house in a titanium skin.
When Bluefish was finished there was some unhappiness at what was perceived as an inappropriate intrusion into Mattapoisett. Those objections were probably not much different from those voiced about the house that Ruth Jolliffe’s cousin built next door in 1967. That modern composition by Earl Flansburgh seems no more revolutionary now than dozens of Bauhaus-inspired houses that dot Boston suburbs such as Lexington and Lincoln, Massachusetts. Perhaps even Bohemia, Edmund Wheelwright’s Shingle Style extravaganza just down the road was considered an affront to local sensibilities when it was unveiled in 1884.

Photo: William Morgan. Mattapoisett House by Earl Flansburgh.
Mattapoisett is a quiet, traditional sort of place, noted for quaint houses and a nautical past — whaling ships were built here until after the Civil War when the economy evolved into catering to vacationers. As Ruth writes, “Our house was not a traditional shape or design, especially the Cape Cod Cottage look prevalent to this old New England town.” Instead of cedar shakes, Bluefish’s walls are clad in silver-gray titanium shingles and teak trim. Titanium, while unusual, makes a lot of sense, as it is strong, lighter than steel, and resists corrosion from the salt air.

An exterior wall clad in titanium shingles is reflected in the pool at Bluefish.
Stylistic preference aside, as enlightened patrons, the Jolliffes have contributed an intriguing chapter to Mattapoisett’s architectural scene. The handsomely produced Bluefish makes their story available, while it makes us wish that many a new house were as carefully designed and fully documented as this one.
Great design is always at your fingertips! Read Design New England‘s November/December 2014 issue online! 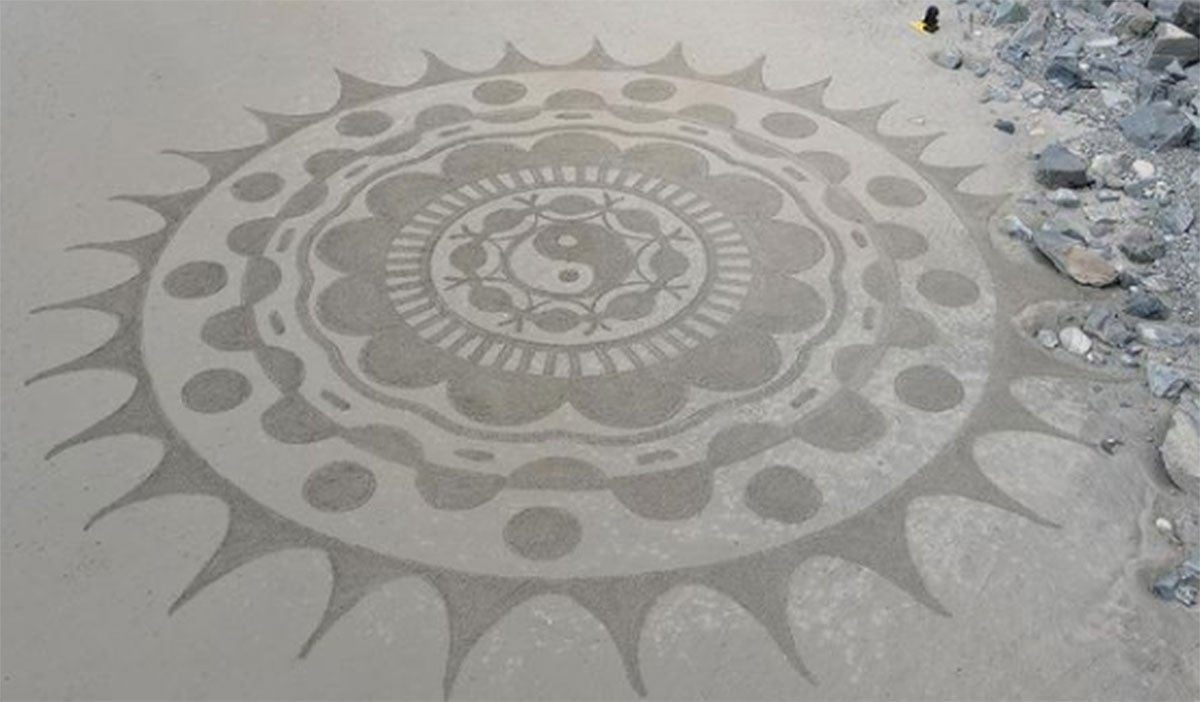