Photo: Joel Benjamin
Candy Adriance in her Rhode Island home with the collection of fish traps she and her late husband, sculptor Robert Rohm, collected from around the world.

Candy Adriance, president of Yankee Travel Inc., has more than 30 years of experience in the travel business. She’s explored the world, especially enjoying regions in Asia and Africa, and has even trekked up Tanzania’s Mount Kilimanjaro (among many other fantastic travel feats.) As she and her late husband, the esteemed sculptor Robert Rohm, were globetrotting, they discovered the 35 fish traps that make up the beautiful collection displayed in her Rhode Island home. Slightly offbeat yet intrinsically beautiful, these intriguing traps are exactly what we craved for “Collective Thinking,” our November/December issue’s Selections feature. Along with antique hose nozzles and carpenter’s levels, these simple everyday objects bring the notion of form following function to exquisite heights.

For Adriance and Rohm, who spent decades creating and teaching his art around New England, their fascination with the traps evolved organically. Sightseeing and discovery were the main objectives of their travels abroad, but they found themselves drawn to the shape, function, and history of what are, essentially, basic survival tools. “Bob and I didn’t set out to collect fish traps,” says Adriance. “We found our first one, by chance, in Chiang Mai, Thailand, and loved it because it was a simply beautiful object that had a vital everyday use — collecting fish for food.”
It was the turning point. Though they never planned a trip solely to hand select fish traps for their growing collection, they could not help but look for them whenever they were in places such as Asia, Africa, Europe. Even galleries in New York and Miami became a source for them. Mostly all made of reed, some traps are loved for their rudimentary look but most were chosen and brought home because they had sophisticated, beautiful shapes that verge on sculpture.

Photo: Joel Benjamin
Next to the dining room table, the first two fish traps found in Thailand hang on the wall.
Even though each boasts a slightly different design, the uncomplicatedness of the traps’ functions remain the same – fish swim in a funnel opening that prevents them from swimming back out, keeping them underwater and alive. They simply are meant to catch food and, therefore, maintain life. “We were unaware at the time how many fish traps were being used around the world,” says Adriance, “but as we began to come across them — and then began to search them out — we discovered how varied they are, in shape and scale. At the same time, they all shared a very similar internal design, distinctly making them traps.”

Photo: Joel Benjamin
While some traps are displayed throughout the house — in the entry way and hanging on wall — most occupy the top shelf of a second-story study.
The traps are displayed prominently (and are often rearranged) in Adriance’s home, like the pieces of art that they are. Larger examples such as the tallest, a 7-foot-tall swirled reed trap from Zambia, are placed near the entryway. Others are hung on a wall; the first conical trap found in Thailand hangs by the dining room table. Smaller examples line the top shelf of a second-story study.

Photo: Joel Benjamin
Close-up photographs show the intricacy of the traps’ designs, from left: a double chamber catches fish large and small, a dome that’s almost perfectly symmetrical, a trap with a small side entrance is accentuated with green thread.
“Over the years, we never traveled just to find fish traps,” says Adriance, “but we always looked for them, and it gave our global adventures a different sense of purpose.” That purpose brought them to some beautifully remote areas, where they met people and saw sights they would have never seen otherwise. The purpose found in collecting is as beautiful as the collection.
Great design is always at your fingertips! Read Design New England‘s November/December 2014 issue online! 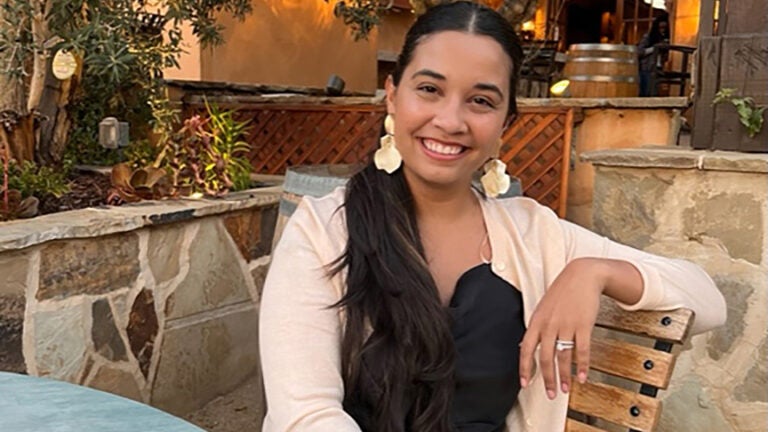