The cover of Midcentury Houses Today by Lorenzo Ottaviani, Jeffrey Matz, Cristina A. Ross with photography by Michael Biondo (Monacelli Press, $65) features Marcel Breuer’s Breuer House 2 built in 1951 with an addition by Toshiko Mori done from 2005 to 2007.

New Canaan, Connecticut, is a classic, attractive, and — in the late 1940s — was a very affordable, commuter suburb. It was a felicitous combination of New York City bedroom community and New England village, complete with woods and fieldstone walls. Due to the arrival of a handful of Modern architects trained at Harvard under Bauhaus master Walter Gropius, New Canaan achieved considerable distinction as the “epicenters of mid-century architecture in America,” according to one reviewer. From 1946 through the late 1970s, the Harvard Five and their subsequent followers built a remarkable collection of more than 100 Modern houses in the town.

Eliot Noyes, Noyes House 2, 1954. All photographs ©2014 Michael Biondo. Courtesy of The Monacelli Press.
Sixteen houses by the original five — Marcel Breuer, Eliot Noyes, Philip Johnson, John Johansen, Landis Gores — and an equal number of their talented contemporaries, are the focus of Midcentury Houses Today by architects Jeffrey Matz and Christina Ross, with graphic designer Lorenzo Ottaviani. An early black-and-white photo, an original and a contemporary plan, along with luscious color photography by Michael Biondo, represent each house. (Although now a museum of the National Trust, and thus not included as one of the featured properties, the influence of Philip Johnson’s revolutionary glass house of 1949 pervades the book.) Legendary architectural editor John Morris Dixon provides a superb historical essay “Then and Now,” which reminds us that these designers were considered “by many townspeople as disruptive cultural rebels imposing their Ivy League ideals.”
Yet an intriguing aspect of this book is not just how these houses came to be, but how they have survived. “Only a few structures of exceptional significance can be preserved,” notes Dixon, and those “survive only through adaptation to new circumstances.” These are modest dwellings in what is now a super-affluent town where wine cellars, media rooms, and multi-car garages are in demand. Even so, most of these classics were restored adhering to the Modern quest for efficiency and a sense of design.

Philip Johnson, Ball House, 1953.
It is not surprising that New Canaan has become a pilgrimage destination for Modern architecture mavens. The town’s Modern legacy constitutes an incredible treasure trove, far more authentic than, say, a Sturbridge Village or a Plimoth Plantation. Alas, while we can be grateful for a study such as this, it fails to deliver on its promise to show how the new owners “live in a comfortable modern lifestyle.” There are no people anywhere in these pages, and the end result is a coffee-table book sterility that seemingly supports Modernism’s undeserved reputation for coldness. While a beautiful production, Midcentury Houses Today offers no real sense of life being lived here. 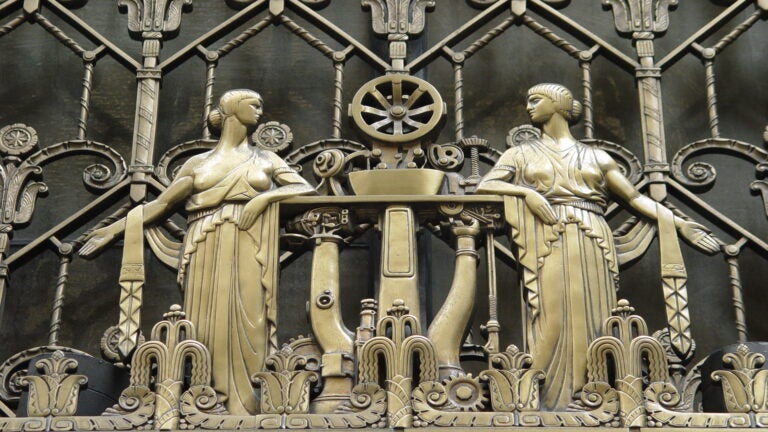 ‘Fall into art and design’ with Boston Design Week