New England affords us with so many spectacularly beautiful pieces of architecture that too often we overlook the seemingly mundane buildings that contribute a fuller, three-dimensional picture of who we are. Beyond all the gracious mansions of Newport, Rhode Island, and Portsmouth, New Hampshire, all the appealing houses in Marblehead, Massachusetts, and on Boston’s Beacon Hill, and all the handsome buildings on so many of our college campuses, there are the everyday working structures — gas stations, factories, mercantile blocks — that supply the infill to the mosaic of our special Yankee world.

A case in point is the Country Club Launderers and Cleansers in Warren, Rhode Island. (“Cleanser” is the Little Rhody term for cleaners, although it is going the way of “bubblers” and “cabinets,” localisms for drinking fountains and frappes.) Country Club has been cleaning drapery and curtains, laundry and dry-cleaning, along with fur storage and even janitorial services and water damage restoration, since 1929.

The drive-up window has an aluminum awning.
Country Club is several blocks away from Warren’s historic and picturesque waterfront, with its 18th- and 19th-century houses built by successful whalers and shipwrights. New antiques shops and bistro-style restaurants herald a more upscale development in this slightly tatty-looking town, situated as it is between the wealthier and tonier villages of Barrington and Bristol. Inland Warren is more like the working class parts of Rhode Island.

The laundry drop is a utilitarian feature designed with the gravitas of a bank deposit.
Yet, here a few blocks east of where whalers departed for long voyages around the globe, and where Brown University was originally established, Country Club makes a strong architectural statement. Domestic colonial would have been a totally inappropriate facade for this workhorse building, but some unheralded designer employed an avant-garde Moderne. The various blocks that make up Country Club were probably not built all at once and are the product of expansion beyond the concrete-fronted centerpiece. But at one point, the entire composition was unified by the employment of pizzazzy aluminum accents.

It would be good to discover the architect of this forgotten treasure, as this is the kind of neglected on-the wrong-side-of-the-tracks gem that escapes notice until it is about to be razed. This example is still fulfilling its original commercial function, and a limited amount of restoration could return its bold industrial aesthetic to its original snazzy flash.
Great design is always at your fingertips! Read Design New England‘s January/February 2015 issue online! 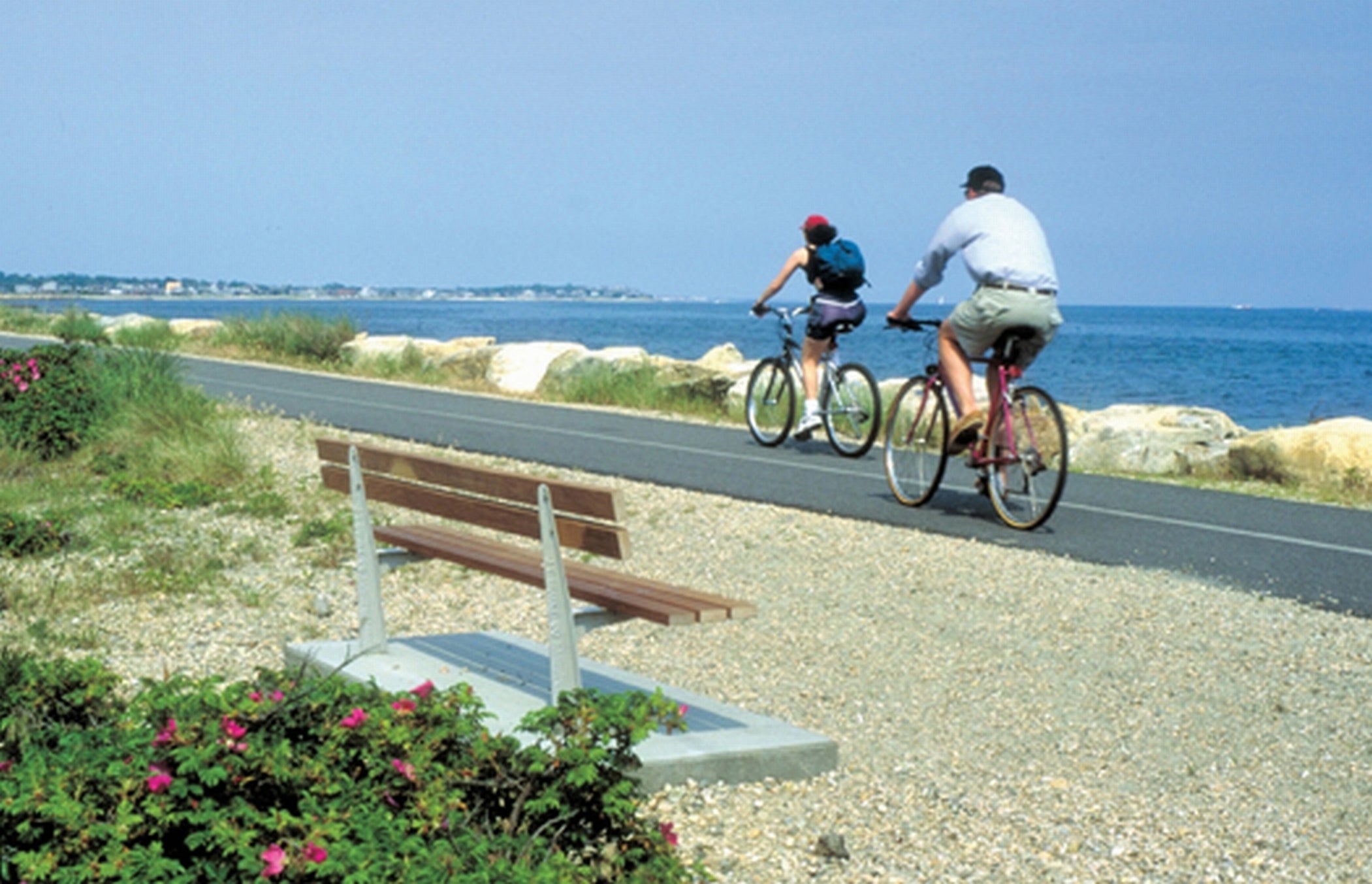