Not may people write real letters anymore. In the age of text messages, e-mail, and other putative “social media,” letters are rare, and illustrated letters even more so. The handwritten love letter, thank you note, or travel journal is “a material treasure all but disappearing from our culture.”

Yet, the Smithsonian’s Archives of American Art — at 15 million items, it is the world’s largest repository of artists’ papers — has preserved lots of illustrated letters almost 100 of which have been published in Liza Kirwin’s More than Words: Illustrated Letters from the Smithsonian’s Archives of American Art (New York: Princeton Architectural Press).

Boston-born, Maine-based Winslow Homer wrote William Macbeth in March 1893, asking his New York dealer to raise the selling price of one of his great paintings, Fox Hunt. The often dour Homer added a self-portrait of himself as a classical figure, hiding his light under a bushel.

First published in hardcover in 2005, this handsome compendium is now available in affordable paperback editions. It includes a lot of artists who were letter writers — Thomas Eakins, Frederic Edwin Church, John Sloan, Rockwell Kent, Samuel Morse, among others. But as with anything related to the arts in America, New England is going to account for much of the creative talent — if not native sons, then those who answered the siren call of the region’s sea and mountains.

Returning from a painting trip to Mexico, Joseph Lindon Smith announced his forthcoming arrival at his parents’ home in Dublin, New Hampshire, in this fun note. Smith later became an Egyptologist and one of the chief art buyers for Isabella Stewart Gardner’s new museum.
Sculptor William Zorach, his painter wife Marguerite, their son Tessim, and some of their livestock take part in what was presumably a Fourth of July parade in 1917. The Zorachs spent the summer on a farm in Plainfield, New Hampshire. The letter was to John Weichsel, founder of the People’s Art Guild.
Alexander Calder, the sculptor and creator of the mobile and stabile, wrote the painter and photographer Ben Shahn in February of 1949, inviting his fellow artist to his country home in Roxbury, Connecticut. He included this map, which looks not unlike one of his balancing sculptures. 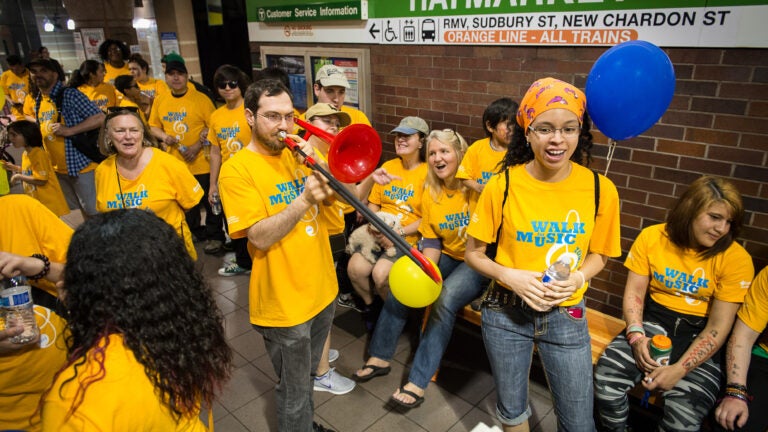