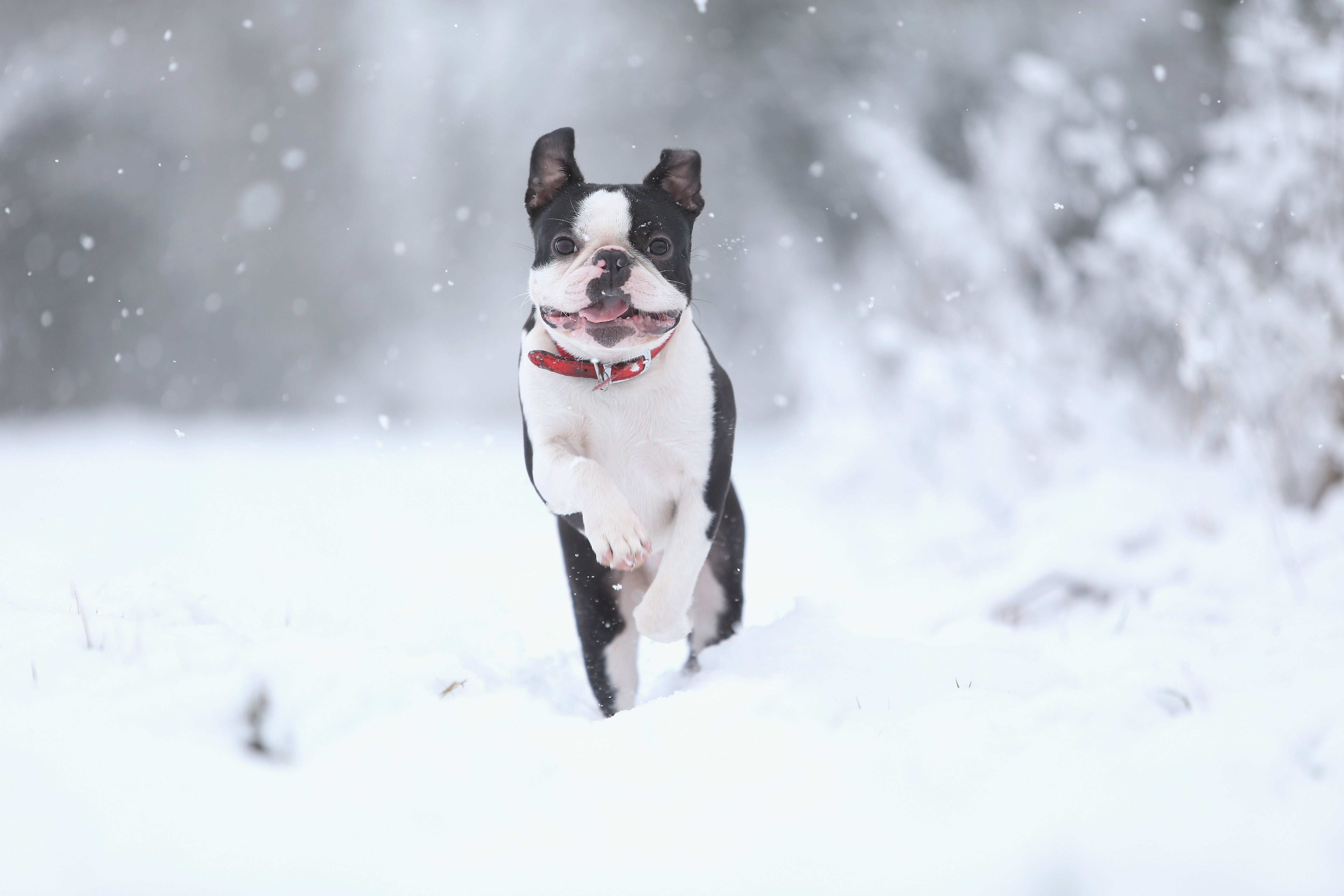 Long recognized as a particularly beautiful breed, the Boston Terrier is the canine pride of Massachusetts. In honor of National Dog Day, let’s take a look back on how this perky pup came to represent the Bay State.

The Boston Terrier was first recognized by the American Kennel Club in 1897, but the first known dog of its kind came years before. A 1907 article in The Boston Globe tells the story of Jude, who more or less became the father of all Boston Terriers:

“The origin of the breed is believed to date back about 30 years, when Robert C. Hooper of [Boston] came into possession of a dog named Jude. This dog, which he purchased of William C. O’Brien, was undoubtedly imported from the other side, and was destined to be the ancestor of almost all the true modern Boston Terriers. He was a cross between an English Bulldog and an English Terrier, leaning in type rather more toward the bulldog.’’

The Boston Terrier was the first breed to gain recognition by the AKC, which may have been a point of bitterness for the Brits, especially considering the breed’s early successes in dog shows and kennel clubs.

“There has been just a bit of prejudice against the bostons hereabouts,’’ the Globe wrote in 1905 just after the great success of Boston Terriers at a Westminster Dog Show event in New York City. “It was never on account of the dog, but because of the fact that a breed peculiar to the United States should have originated anywhere east of this city.’’

And successful they were. Boston Terriers were the main attraction at dog shows around the world around the turn of the 19th century, and shows were even specifically organized for the breed. In 1898, one pup in particular stole the hearts of all attending the annual Boston Terrier Breeders Club Dog Show:

“The admired of all the beauties of the show was ‘Miss Phyllis,’ the winner of the special grand prize for the best dog or bitch in the show. Miss Phyllis is one of the handsomest specimens of the Boston Terrier known, and has a long string of prizes.’’ Later, the dogs would gain prominence in the political arena as well. Boston Terriers were the loyal pals of two presidents: Gerald Ford and Warren G. Harding, who named his terrier “Hub.’’ In the 1920s, “Sergeant Stubby’’ was the only the only dog to be nominated for rank and then promoted to sergeant through combat for his service in World War I, according to the Smithsonian. Boston Terriers are seen as a beautiful, polite breed, gaining the nickname “The American Gentlemen.’’ A special Globe dispatch in 1936 tells the story of a very “lady-like’’ Boston Terrier who hopped on the running-board of a Scituate family’s car, and rode all the way back to their home. The family was so impressed by the dog that they named her Peter and adopted her as their own.

“Peter turned out to be an exceptionally well-bred and well-trained dog. She would accept no food, even when it was placed before her, until she was specifically invited to eat it. She would wait at the foot of the stairs until told to ascend. At the sight of a leash or collar, she wished them adjusted immediately — they meant a walk, in her mind, obviously.’’ Good manners have always been characteristic of the Boston Terrier, even though the breed is known to snore loudly due to their short snouts. In 1959, Bessie Edna Colp, of Newton, lobbied to give the dog recognition from the state. A trainer of the breed, Colp made her argument to the Globe.

“The Boston Terrier is a gentleman,’’ said Colp. “It is striking in appearance. It has the disposition of a Bay Stater. Friendly and loyal, with ability to get tough when the occasion demands.’’

The Boston Terrier became the state dog of Massachusetts in 1979, and continues to be a symbol of the Bay State. Boston University made the animal its mascot in 1922, and the breed has also made its way into other local staples as well, such as the Boston Calling Music Festival.

These days, the Boston Terrier is currently the 23rd most popular breed in America and continues to be common choice in Massachusetts, with groups like the Minutemen Boston Terrier Club and MSPCA promoting the welfare of the dog.

“If you think about the population of dog owners near Boston, the Boston Terrier is a great choice,’’ says Rob Halpin of the MSPCA. “Many of us live in small spaces in the city, and the Boston Terrier bring the liveliness and active personality of a big dog, but in a small body.’’

Halpin reminds, however, that regardless of breed, Boston continues to please him and the MSPCA by how much local dog owners are rescuing.

“I see lots of different kinds of dogs,’’ he says. “To the point where it reflects less of what breed of dog it is, and more if the dog has been rescued. Boston is always doing a better job of rescuing its dogs.’’ 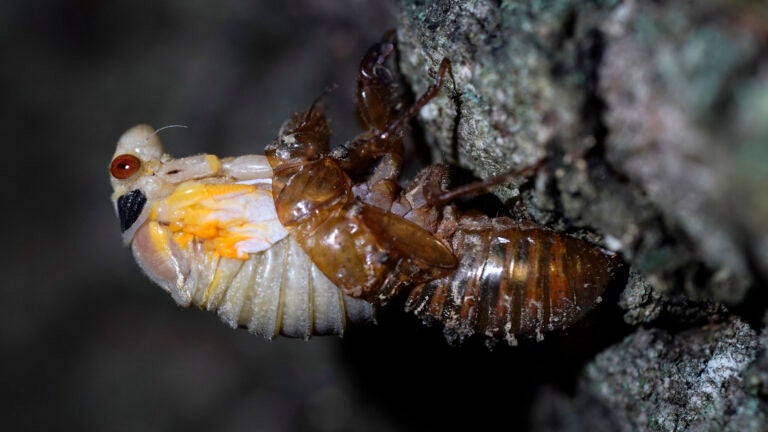 Trillions of cicadas are about to emerge