Every Sunday at the Downtown Crossing T stop people gather to take part in a freestyle.

Every Sunday from 3 to 6 p.m., the spirit of Boston hip-hop comes alive right in its center as the Downtown Crossing T stop plays host to the Subway Cipher. A cipher is one of hip-hop’s oldest practices: a literal circle of rappers, poets, and listeners who gather to trade freestyle rap verses, rhymes, and knowledge.

Justice Born, who began organizing the cipher on Easter Sunday of last year, spearheads the Wreck Shop Movement. An acronym for “When Raw Elements Combine Kinetically, Start Helping Other People,’’ the Wreck Shop collective is a group of artists, poets, DJs, producers, and creatives who all share the common goal of providing a supportive community for like-minded individuals. Many who attend the Subway Cipher support and identify with Wreck Shop, while some are just people who drop in to share their talents.

“The ultimate goal is to inspire,’’ Born said. “Hip-hop is originally a movement for the people, and we’re trying to bring it back to that. It’s why we come to a subway station that’s heavily concentrated with people.’’

One look around the circle and this mission becomes clear. The event brings rappers of all ages, genders, and backgrounds. A multi-lingual rapper delivers his raps in Spanish, while another man in the cipher who spends his weekdays teaching sign language in schools seizes the opportunity to get his voice heard. Young rappers contribute verses critiquing the educational system, while older emcees rattle off odes to children and loved ones. From all angles of the sacred circle, inspiration flows and knowledge is absorbed.

It’s completely free, open to everyone, and it doesn’t judge.

Here are some of the regulars you can find at the Subway Cipher: 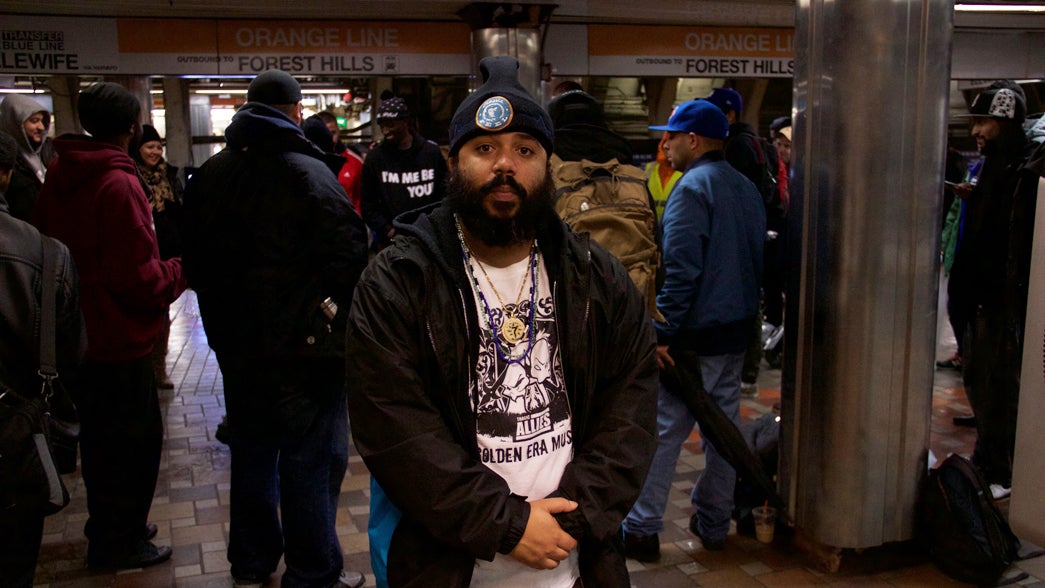 Estee Nack (who also performs with a crew called Tragic Allies), 31, of Lynn 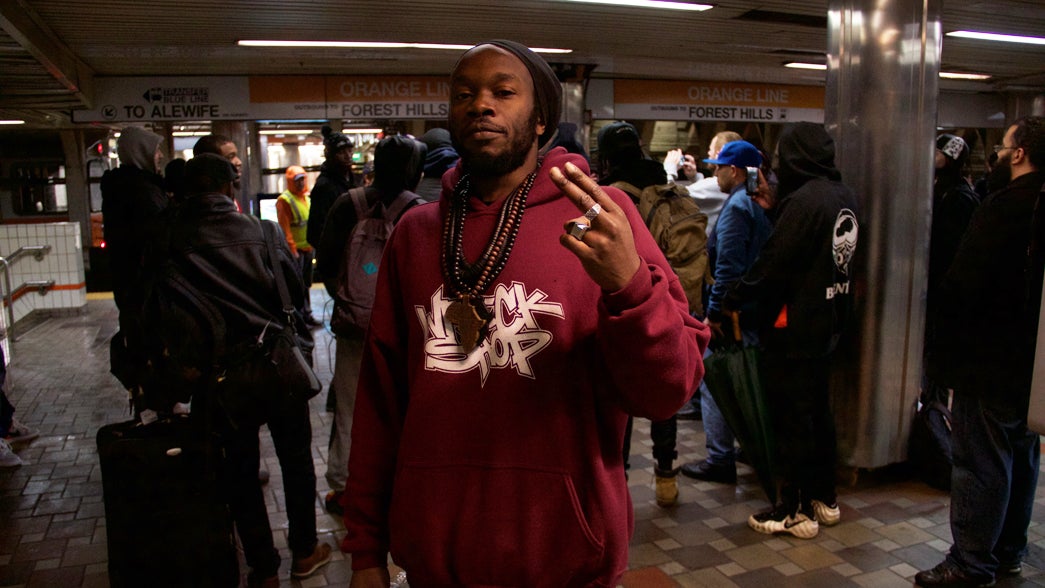 “Hip-hop is a way of life, man. It’s a culture. It’s the music, the style of dressing, the dancing, the art. There’s a lot of things that you can’t express any other way. Every day we listen to music, we have conversations, we dress a certain way. We do all of those things to communicate through hip-hop.’’ 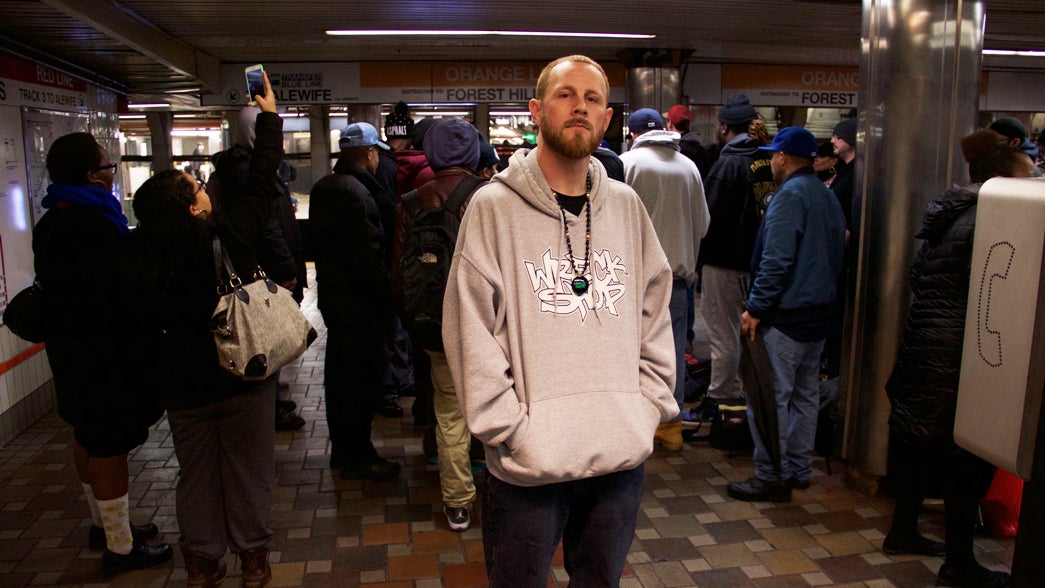 “One time there was a blind man who passed by the cipher, and he looked like he was just trying to pass through to get wherever he was going. I was telling people to stand back and give him some room, but he was actually looking to reach onto someone and say, ‘Hey, are you guys going to be here long?’ The guy ended up leaving and came back with a box of Boston Creme doughnuts. He gave them to us and said, ‘These are for you, you guys are Boston’s cream of the crop.’ So he stuck around and gravitated towards this random cellist, and so the cellist came over and asked if he could strum some chords over the beat that we were playing. Next thing you know, he comes over and joins that cipher, too. That was probably one of the most beautiful things we’ve seen here.’’ 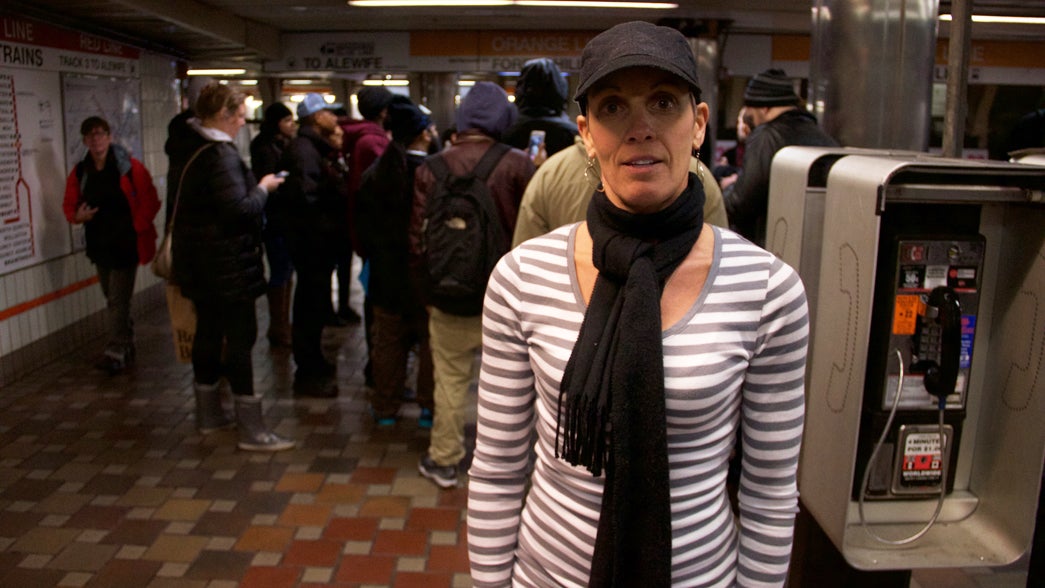 “I think the biggest misconception about hip-hop is that it’s all about negativity. There’s a lot of people who perform a lot of socially conscious hip-hop. That’s why I’ve decided to step out and do it recently. I’ve been writing my whole life, but I never really had enough of a purpose to do it. Now my mission is to share my message. It’s beautiful, what’s going on here. It’s about unity and bringing the community together.’’ 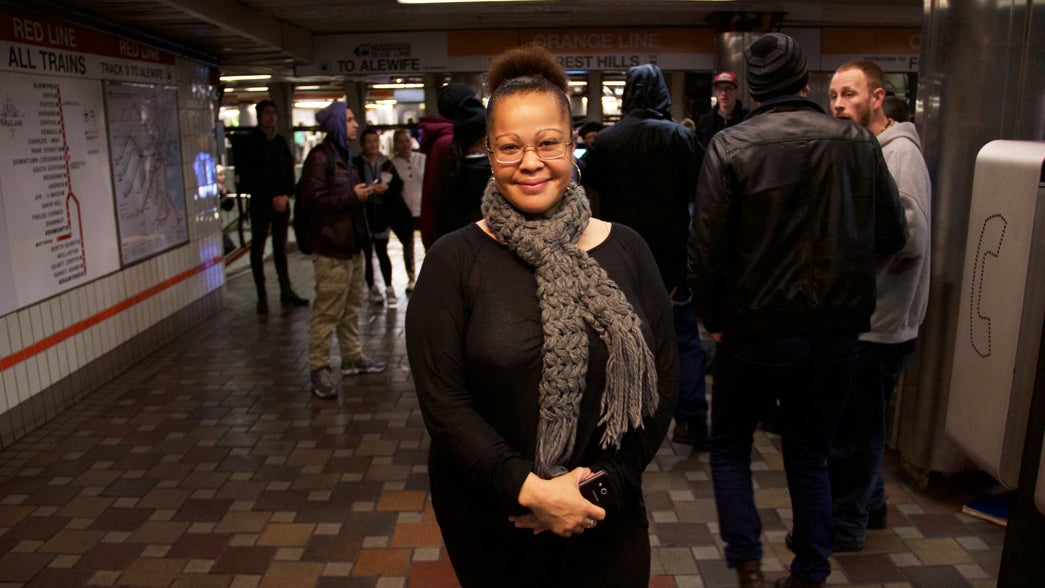 Michelle La Poetica, 39, of Boston (by way of New York)

“Maya Angelou said, and I don’t remember it verbatim, ‘You’ll forget a person’s face, you’ll forget their name, but you’ll never forget how they made you feel.’ As a poet, my aim is to touch people, and make them see the world through my eyes–feel my pain, feel my struggle. Look at this beautiful circle–you see different colors, different sizes, different genres, different genders, and everyone has something about them to share.’’ 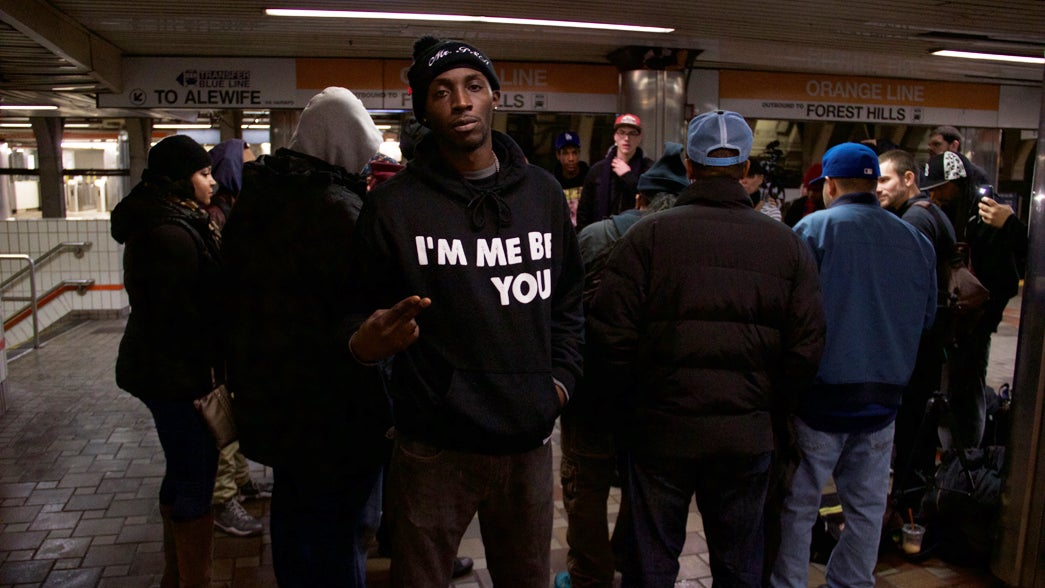 “Wreck Shop has been my family for years. Everyone’s heard the phrase, ‘Don’t judge a book by it’s cover.’ Well this is the perfect place to never judge a book by its cover. I’ve seen Santas hop in the cipher before! There’s a kid over there right now rapping who’s 16 years old. I’m homeless right now so weeks have been a bit crazy for me– figuring out what I’m going to eat, where I’m going to sleep. So this for me is like church. Everything in the outside world is muckery compared to when I can come here and just put all of those problems in a bag and toss it to the side for a little while.’’ 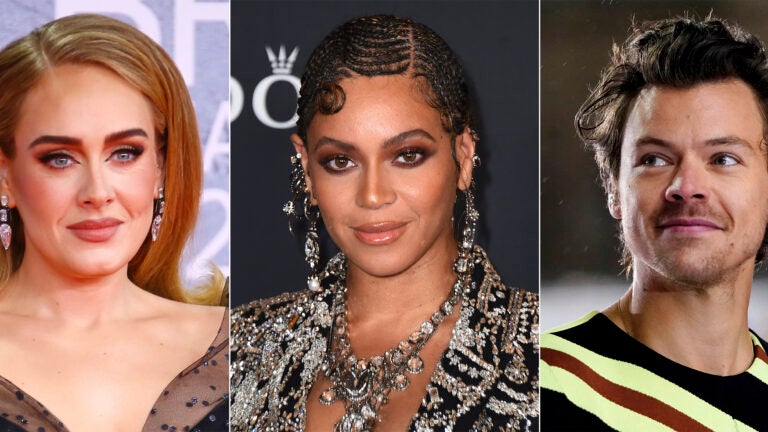