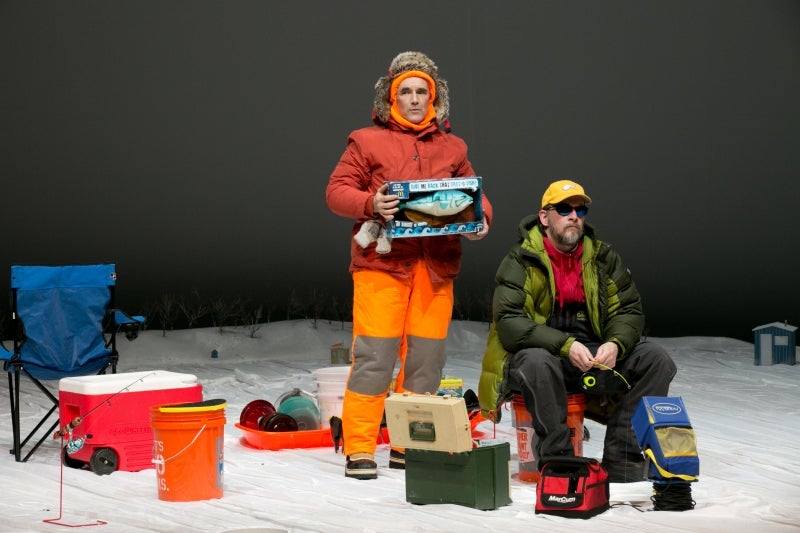 Two men ice fish on a frozen lake in Minnesota. They share observations in a series of sometimes clever, sometimes brooding vignettes. A couple of other locals come by, talk, then leave.

And that about sums up the action in Nice Fish, the latest play at the American Repertory Theater in Cambridge.

The dialogue is drawn from the poems of Louis Jenkins and adapted for the stage by Jenkins and Mark Rylance. Rylance is a three-time Tony Award winner and former head of the Globe Theatre. He’s currently nominated for a 2016 best supporting actor Academy Award for his role in Steven Spielberg’s Bridge of Spies.

Is Nice Fish worth you time? Should you see it or skip it? Here are the five best arguments on either side. 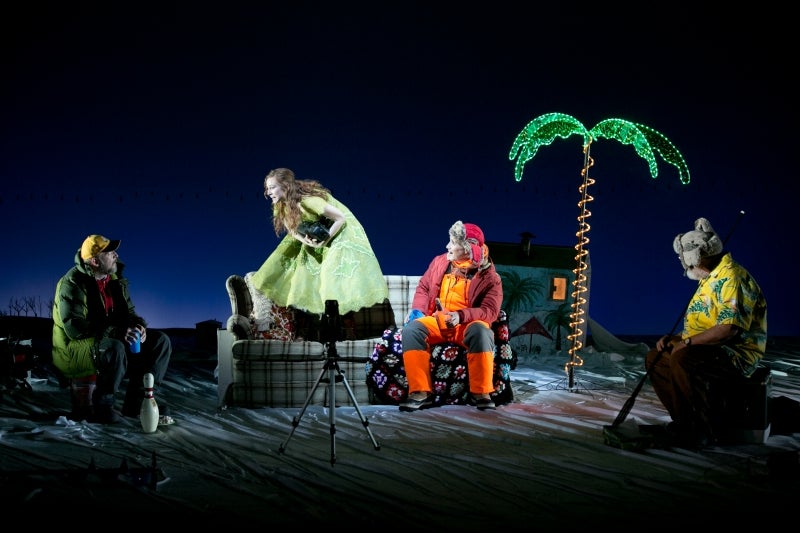 Nice Fish isn’t a traditional play. There are no stories or relationships that develop over the course of the 90-minute runtime. For most of the first half, this isn’t a problem; there’s an energy and humor that propels the play forward.

But Nice Fish loses momentum about halfway through. Most of the second half felt very slow.

Louis Jenkins’s poetry is accessible and very funny. If you don’t see Nice Fish, it’s still worth Googling Jenkins and reading his poems. 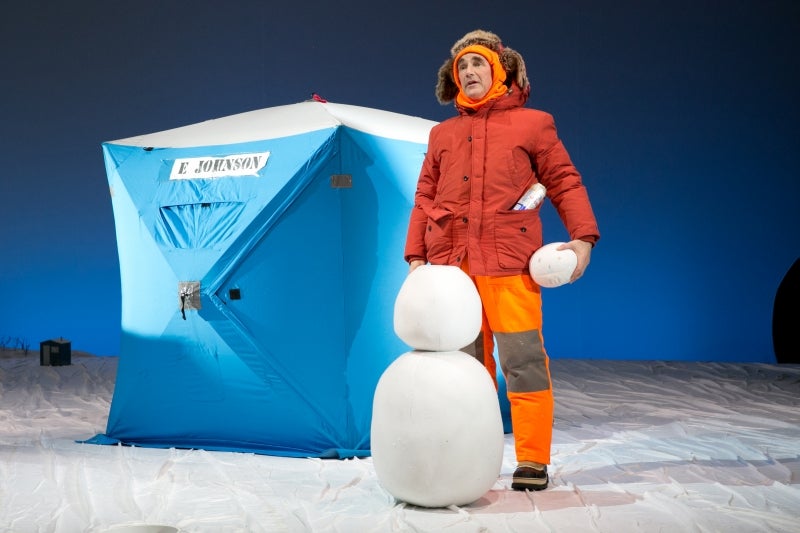 Rylance is a phenomenal stage actor. Without the benefit of plot, he creates a character that is sweet and vulnerable and sad.

Rylance, Jenkins, and director Claire van Kampen didn’t give the secondary characters a compelling reason to be on stage. I never had a sense that the characters meant anything to one another. They talked, said clever things, but they didn’t create a relationship with each other or the audience.

Nice Fish has entertaining moments, but it’s an expensive ticket. For that price, you should expect a more fully realized theater experience. 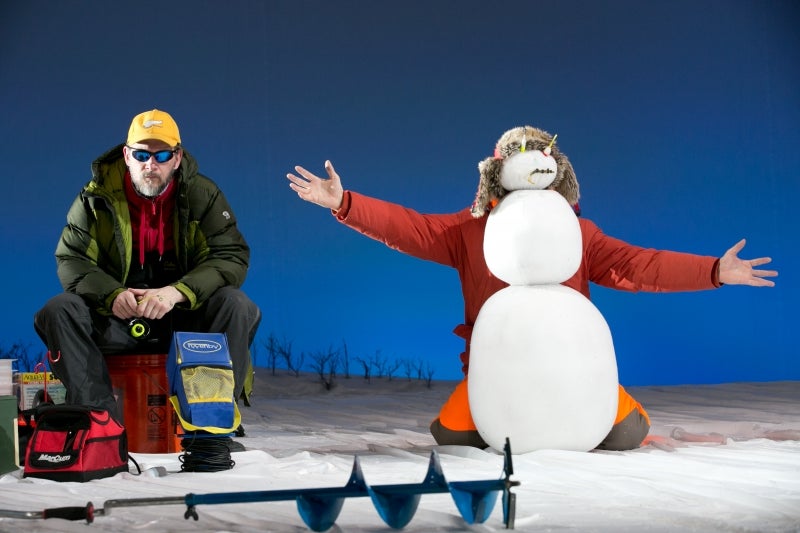 The verdict: Skip it!

Nice Fish will be at the American Repertory Theater through February 7.