Want to take home a piece of Godfather history? A Boston-based auction is giving you the chance to do so, but be warned: the relevant price points are steep.

An archive from the estate of Mario Puzo, author of The Godfather trilogy, which later went on to be adapted into one of the greatest film series of all time, will be sold to a top bidder via Boston-based RR Auction.

Items from the archive include a 744-page working draft manuscript for the Godfather novel (originally titled “Mafia’’), a 15-page handwritten Godfather novel outline revealing that Johnny Fontane was based on Frank Sinatra, and a handwritten piece of the Godfather I script containing Vito Corleone dialogue, wherein Puzo himself pens, “I’ll make him an offer he can’t refuse.’’ In all, RR gives the archive an estimated value of $400,000. 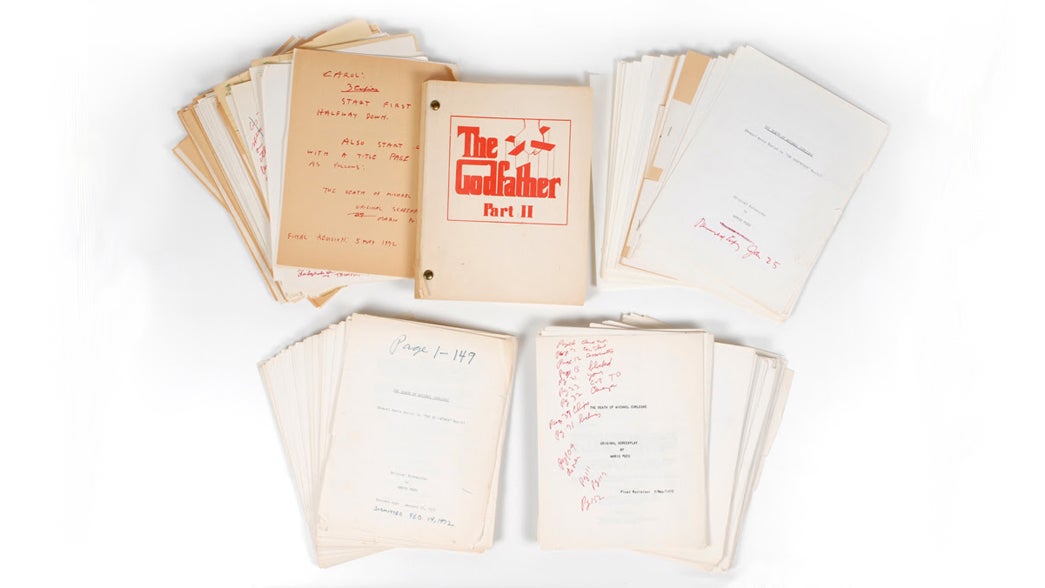 The archive is organized within 45 banker’s boxes and will be auctioned off starting online from February 11 to February 18 at 6 p.m. with live bidding opening immediately after on February 18 at 7 p.m. at RR Auction’s Boston gallery.

For more information on the items and how to bid, visit RR Auction’s website. Just be sure to make an offer that they can’t refuse.