On Monday night, people across America watched the cast of the hit Broadway show Hamilton, led by creator and star Lin-Manuel Miranda, perform the musical’s opening number at the 58th Annual Grammy Awards. It was only the eighth time a Broadway ensemble has taken the stage during the music industry’s biggest evening.

But it almost would have been surprising if the cast of the show—based on the life of founding father Alexander Hamilton and led by composer and actor Lin-Manuel Miranda in the title role—hadn’t been up there on stage (appropriately, this year, on George Washington’s birthday). Hamilton is one of the most successful musical—and, arguably, most important cultural—phenomenons of the past few decades, evidenced in part by how hard it’s been to score tickets to the show.

If you’ve somehow managed to snag a seat already, then you’ve seen the captivating moment when Daveed Diggs emerges as Thomas Jefferson for the first time in the second act. (In the first, Diggs plays Marquis de Lafayette, the passionate French general who helps the colonists win the American Revolution—and does so with a swaggy French accent.) Wearing a shiny maroon jacket over a fresh white shirt and crushed velvet suit, he seemingly floats himself down a staircase as he sings a jazzy number.

Diggs’s physicality is striking. It makes sense, then, that he was an elite college athlete when he attended Brown University in Providence, Rhode Island from 2000 to 2004. Diggs insists that it’s the Hamilton ensemble members and choreographers who make him look “a lot more graceful’’ than he is. But when you watch him jump off a desk and hang six feet above the stage for an extra second, like a cat leaping from a counter, you’re struck by his raw ability. In a phone conversation from his Washington Heights apartment that took place a few weeks before the Grammys, Diggs said he draws on his college years in New England when he plays his two characters.

Both at Berkeley High School and at Brown, Diggs sprinted and ran hurdles, winning the Outstanding Freshman Award. (The Brown website still features the announcement, complete with a picture of young Diggs.)

“It was like a Brown University rappers supergroup,’’ Diggs said. “We had some newbie kids in there, too. We were bad at what we did, but, you know, we got to play some shows. And I had a friend at Wesleyan who was in charge of filling parties, so they’d have me come out and open for rappers.’’

Diggs has since found success as a solo rapper and as a part of the rap group Clipping. And when he rap battles with Manuel’s Hamilton in the show’s “Cabinet Battle #1’’ over monetary policy, his flow makes your head spin.

But for all his acheivements, Diggs said his time at Brown wasn’t always easy—he said cold New England winters were a shock to his California system, as was the school’s culture.

“I think I had, maybe, a more liberal upbringing than most people at that time, at least,’’ Diggs said. “So I think even Brown, which everyone told me was this crazy liberal school, felt very conservative to me.’’

When he got to college in 2000, he said he was surprised by the amount of wealth some other students had.

“There was a lot of money, and it was hard for me to relate to that in a lot of ways,’’ he said. 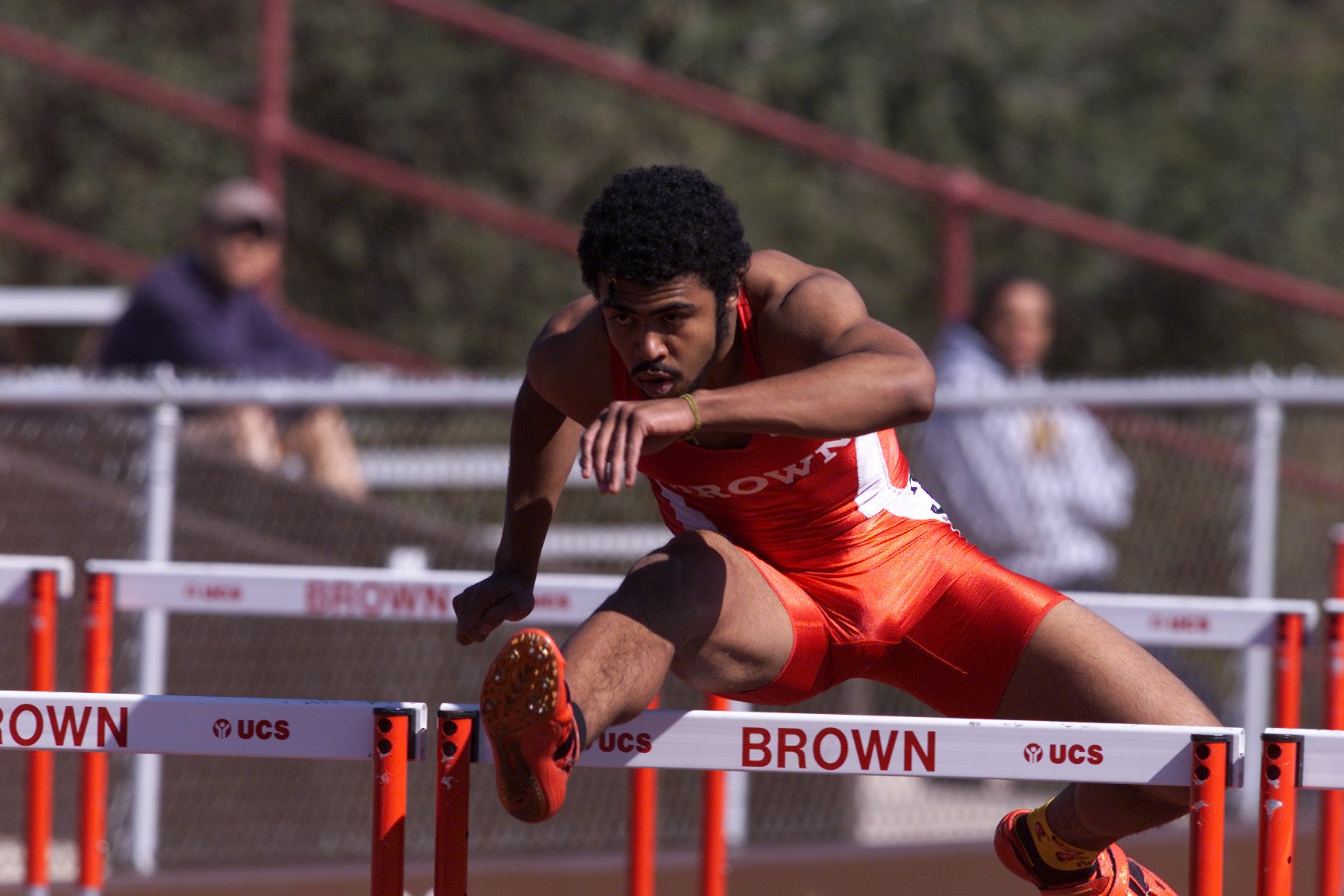 Diggs said he does partly draw on his experience around wealthy students at Brown to portray the very rich Jefferson. But everyone has varying amounts of privilege, he added, and he said he’s hyper-aware of his: While his family didn’t have the kind of old, New England wealth he first encountered at Brown, they had something else.

“My parents are not together, but they were both always around,’’ Diggs said. “I felt so loved and taken care of, and that’s a huge part of the reason I’m able to do what I do. I’m aware that not everybody gets that feeling of ease walking through the world that I have. It’s not due to money, but it’s something I think I use a lot for Jefferson.’’

That ease Diggs carries with him comes through in the gravelly edges of his voice when he, as Jefferson, nails a verse while threatening to expose Hamilton’s affair. You see it when you watch him dance backward, his feet touching the ground only to push him back up into the air.

These days—and especially after Monday night’s Grammy win for Best Musical Theater Album—Diggs is about as far away from his days as a college student best known for breaking records in the 100m hurdles as Oakland is from Providence. Thanks to Hamilton, he’s being approached with career opportunities he’d only ever dreamed of before getting cast in the show and praised by almost every celebrity who’s ever existed. And he’s performed for the president of the United States. Twice.

Could Diggs ever imagine, when he was starring in student productions at Brown and rapping at his friends’ parties, that he’d be a part of a such an historic musical, both in subject and in cultural import?

“I mean, literally the only thing that makes sense to me are the two hours and 40 minutes that we’re on stage,’’ he said. “When we’re doing the show on stage, that is the most comfortable I am in my life. Everything else is so different.’’

Many Celtics fans wanted drastic changes. Now we’ll see how that works out.