Film crews took to Framingham on Tuesday to shoot scenes for the upcoming Mark Wahlberg-produced movie Patriots Day, about the events surrounding the 2013 Boston Marathon bombings. 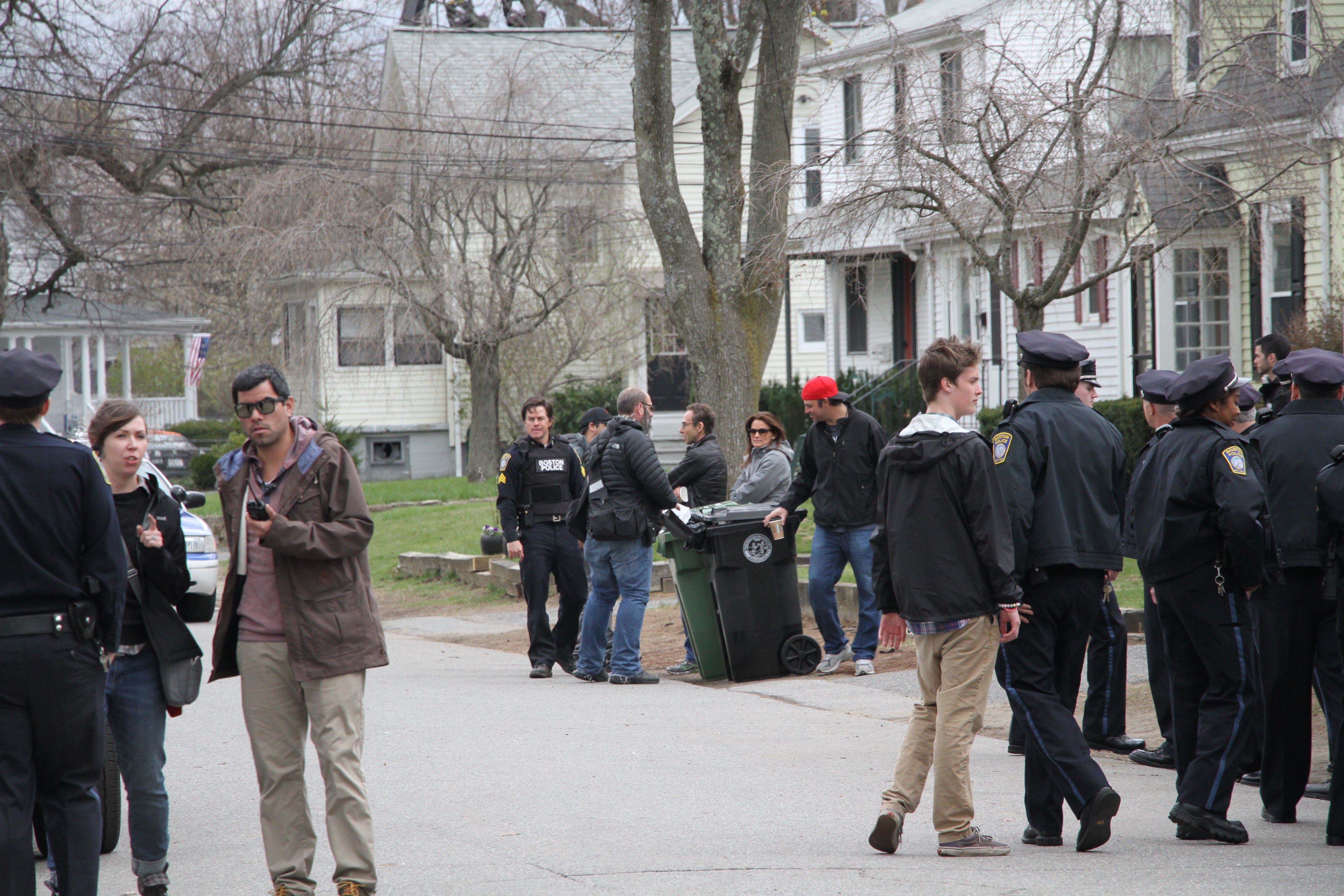 Wahlberg on a Framingham set.

Local Framingham families and former Boston Police Commissioner Ed Davis were on hand to witness from afar the recreation of these scenes. 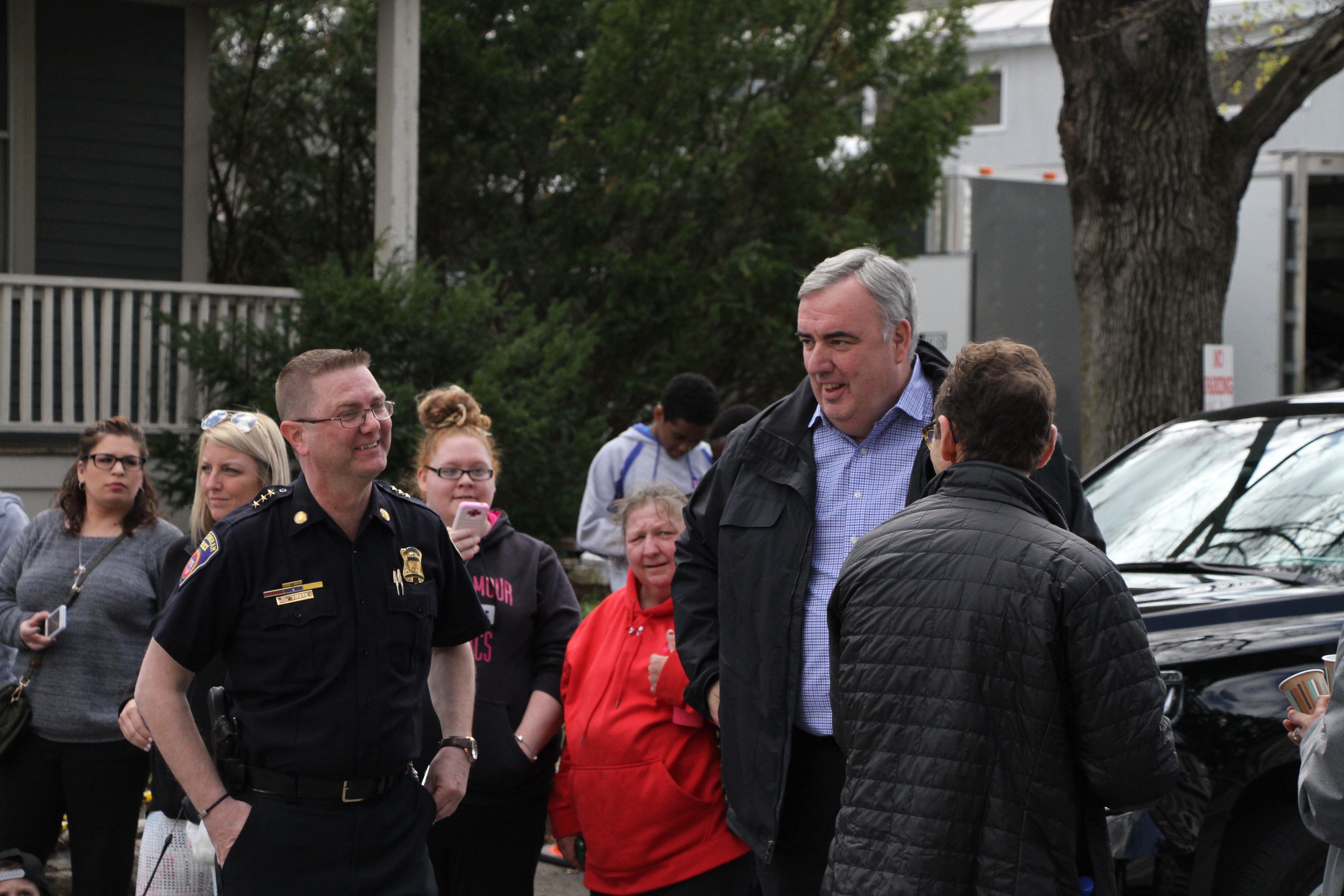 Two of these neighbors were Abby Lyons and Paul Foran, who said that members of the film crew had knocked on their door to inform them that they would be doing 24-hour shoots in the neighborhood from Tuesday through Thursday, including one scene featuring a recreation of the capture of Dzhokhar Tsarnaev. Tuesday marks the three-year anniversary of Tsarnaev’s capture.

“They said that we may hear some gunfire but to not be concerned,” Lyons said. 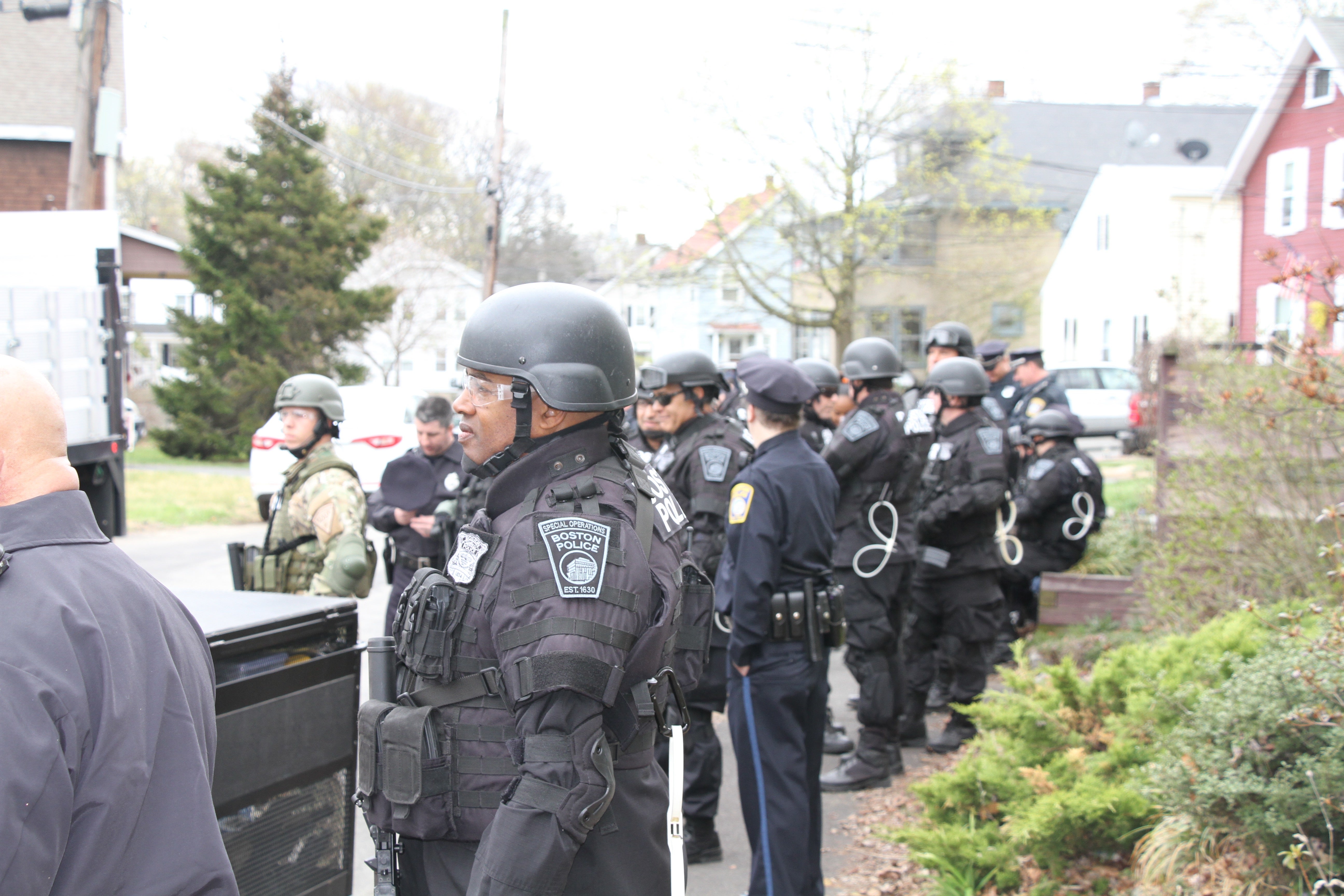 Filming for Patriots Day in Framingham.

Patriots Day will open in Boston theaters on December 21. 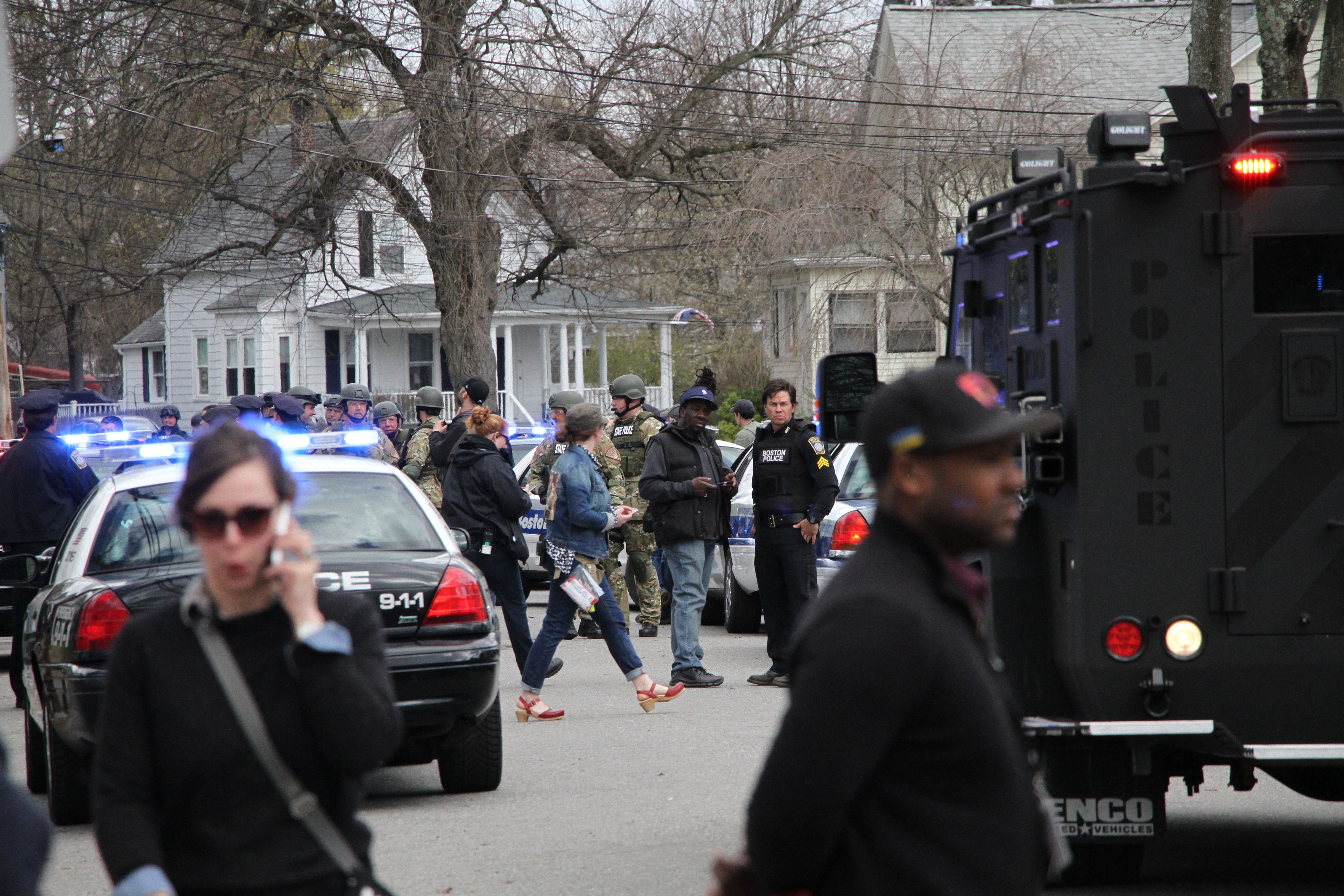 More photos from the sets of Patriots Day: