If you were were upset when Matt Damon’s faux ponytail, which he briefly sported last year for his film The Great Wall, disappeared after the promotional tour, rejoice: The hairstyle is immortalized in the movie, and now we can see it with context.

On Thursday, we got the first look at The Great Wall, the largest film ever shot entirely in China, and its first official trailer.

Your first look at the most expensive Chinese film of ALL time is here! ? Matt Damon will star in @universalpictures’ ‘The Great Wall’, directed by Zhang Yimou. The film is a monster movie that tells the story of an elite force taking a stand for humanity on the world’s most iconic structure. ? Click the link in our bio to read more. ?: Jasin Boland

A photo posted by Entertainment Weekly (@entertainmentweekly) on Jul 28, 2016 at 5:10am PDT

Damon leads the ensemble cast and will presumably resume his typical man-who-saves-things role (whether himself, on Mars, or entire cities, a la the Bourne series) as he defends ancient China from monsters in the science-fantasy film.

The Great Wall is directed by Chinese film director Zhang Yimou, whose projects include (2004) House of Flying Daggers and the 2008 Beijing Olympics opening and closing ceremonies. It focuses on the construction of the 13,000-mile long World Wonder. But this isn’t a historical tale.

“At its core, it is a period piece and an action film,” Yimou told Entertainment Weekly. “The fantasy element does play a major role because of the monsters. But, what makes our film unique is that these are ancient Chinese monsters. Even though it’s a fantasy movie, we filmed it in a very realistic way. We want it to feel like the events actually happened. Other than the monster, all aspects of this film are backed by either scientific or historical research.”

Yimou also said he was very fortunate to work with Damon on this movie. He gave props to the Cambridge-bred actor for being “very creative and smart and [contributing] so much to the dialog.” Plus, we’re sure, for having great hair. 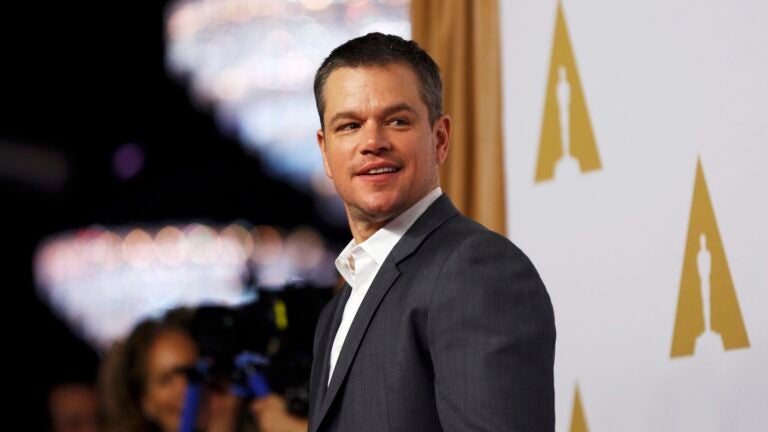