Watching the first teaser trailer for The Accountant, it’s tough to nail down what exactly the movie will be about. Part of the trailer’s oblique quality is to shield audiences from the twists and turns to come. According to director Gavin O’Connor, the film also defies easy characterization.

“It’s a suspense thriller, an action film, and a character study,” O’Connor said of the movie, which hits theaters Friday. “It’s really a story about this fascinating character.”

That character is Christian Wolff, an accountant played by Ben Affleck who lives in a quiet town in Illinois and harbors a number of secrets — not the least of which is that “Christian Wolff” is not his real name.

Much of Christian’s backstory is revealed in flashbacks throughout the film, the most important detail being that Christian has a high-functioning form of autism. Centering a movie around a character who is on the autism spectrum but is also a genius accountant who secretly leads a double life as a gun-wielding action hero is a difficult thing to get correct, so O’Connor and Affleck did their research.

“I have a very good family friend, who’s been part of my life forever, and has a son who is autistic,” O’Connor said. “So my first real impression of autism was through knowing him.”

“Ben and I went out to do research together keeping that in mind,” O’Connor said. “We went to schools, we met with a lot of doctors and experts, and tried to just take everything in, learn as much as we could.” 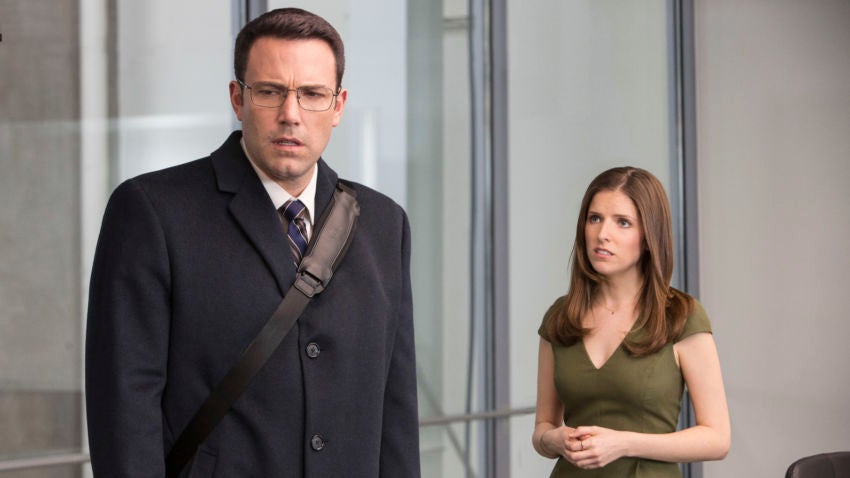 Ben Affleck and Anna Kendrick in ‘The Accountant.’

The Accountant really takes off in the second act when Christian is told to take on an “easier task” by auditing the books at a robotics company. There, he meets Dana Cummings (Anna Kendrick), a young accountant who has discovered a multimillion-dollar discrepancy in the company’s ledgers. The duo has an undeniable chemistry that leads to some laugh-out-loud moments.

“Very early on, I decided I wanted to make the movie fun,” O’Connor said, mentioning that he was inspired by watching Asperger’s Are Us, a film about a comedy troupe of the same name formed on the North Shore whose members are all on the spectrum. “I really wanted to cull the comedy when it was honest, when it wasn’t manipulative. It had to be organic.”

Once O’Connor had cast Affleck, his first choice for the film, he knew he needed to find an actress capable of playing off of Affleck in lighter moments and getting serious when the scene called for it.

“When I cast Anna, I knew I had an actress who could hit the ball back with him,” O’Connor said. “She’s unbelievable, and she’s very witty. If you cast an actress who isn’t witty, the scene won’t work. But I knew she could play into the tone of the film.” 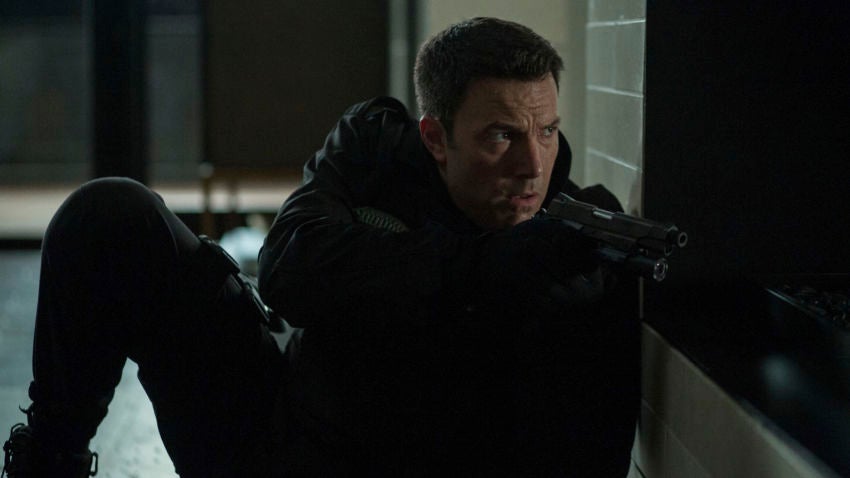 Ben Affleck in ‘The Accountant.’

The Accountant isn’t short on action either. O’Connor, a fighting enthusiast who received critical acclaim for 2011’s Warrior — a film about a pair of MMA fighting brothers — spent a lot of time trying to figure out how exactly Christian Wolff would fight.

“I wanted something that was both cinematic and efficient,” O’Connor said. “He’s a mathematician, so he’s gonna eliminate guys as quickly as possible. He’s gonna do the math in his head, lightning speed, savant-like.”

O’Connor’s friend sent him a clip of pentjak silat, a little-known fighting method that originated in Indonesia. O’Connor’s reaction? “Holy sh*t, that is really f***ing cool.”

As soon as O’Connor settled on the fighting style, he began redoing many of the action scenes and rewriting flashbacks to show how Christian learned this style, a move that forced Affleck to train for months. And unlike in Batman v. Superman, this film features very little CGI or camera trickery to avoid doing strenuous action scenes.

“As I said to Ben, ‘You don’t get to wear the mask,’” O’Connor said, inferring that BvS used its fair share of Batfleck stand-ins. “I mean, we had a stunt man fall off of a truck in one scene, but he did most of the stunts himself.”

Even after The Accountant leaves theaters, O’Connor may get a chance to work with Affleck again in the future. O’Connor, Affleck, and Matt Damon are currently signed on to produce Houses of Deceit, based on a soon-to-be-released book about a FIFA corruption scandal that enveloped an American businessman.

But with that project in a holding pattern until the the criminal proceedings surrounding the scandal conclude, O’Connor is busy imagining other ways he can work with Affleck and Damon.

“The goal is to get Christian Wolff and Jason Bourne together,” O’Connor joked. “I want to see those guys in a ring.”