It was just a little bit before 11 p.m. on the evening of April 18, 2013, and Dun “Danny” Meng had pulled his Black Mercedes Benz SUV to the curb to answer a text message. A moment later, a man knocked on the passenger-side window, speaking quickly. When Meng rolled down the window to hear the man better, the man unlocked the door and climbed in, pointing a silver handgun at Meng and telling him, “Don’t be stupid.”

“I did that,” Tsarnaev said. “And I just killed a policeman in Cambridge.”

That marked the beginning of the terrifying hour Meng spent held captive by the Tsarnaev brothers, one that he wasn’t sure he would survive.

“I was so scared,” Meng said in an interview with Boston.com. “I couldn’t imagine anything; I just kept thinking, ‘This is my last day, my last night in this world.’”

Meng did manage to escape, fleeing his own car at a Cambridge gas station and calling 911 while Dzhokhar was inside buying snacks and Tamerlan was fiddling with Meng’s GPS. Officers quickly located the stolen SUV, leading to a wild shootout on Laurel Street in Watertown that left Tamerlan dead and Dzhokhar badly wounded, hiding in a nearby boat. 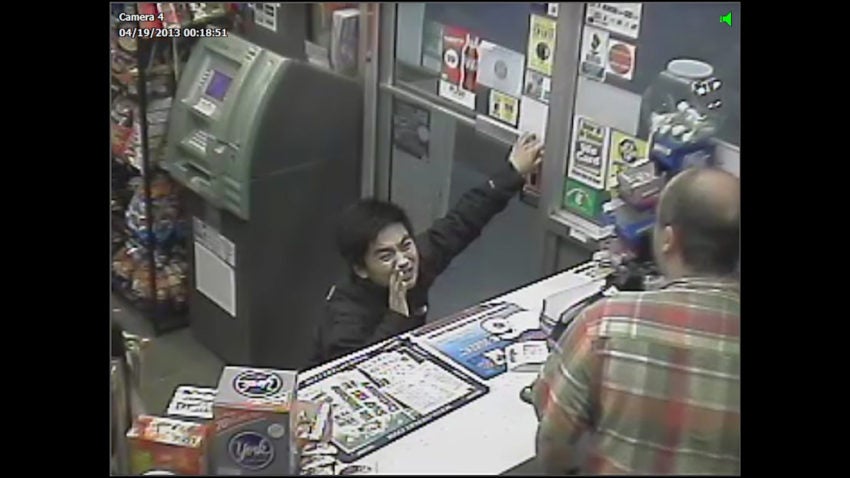 A still image from a surveillance video shows Meng moments after escaping the Tsarnaev brothers telling the owner of a Mobil station in Cambridge to call 911.

Meng’s story may be familiar to those who closely followed the Marathon bombings, and it will soon become well-known to many more—it’s a major plotline in the upcoming film Patriots Day — but the Chinese national and Northeastern graduate has largely shunned the spotlight. When he gave an exclusive interview to The Boston Globe the week following the carjacking in 2013, he did so on the condition that they not reveal his Chinese name; he is referred to as “Danny” throughout the article.

And yet “Danny” has slowly come out of his shell, walking the red carpet at the Boston premiere of the movie and speaking freely, if a bit hesitantly, about what happened that fateful night.

“It was very difficult for me, especially in the first couple of years,” Meng said. “I was very fortunate to survive that night. I really wanted to keep my private life private. I didn’t want people to focus on me, because I acted just like anyone else would have that night.”

Meng said that, at times throughout the April 2013 ordeal, he couldn’t stop picturing the Tsarnaev brothers shooting him and leaving him dead on the side of the highway, but he willed himself to remain calm.

During the horrifying hour, Meng recalled reading a newspaper story about someone else in a similar situation who had managed to escape, and tried to think positively.

“I kept encouraging myself,” Meng said. “Someone did it before, and maybe if I calm down, and think about it, there’s an opportunity for me.” 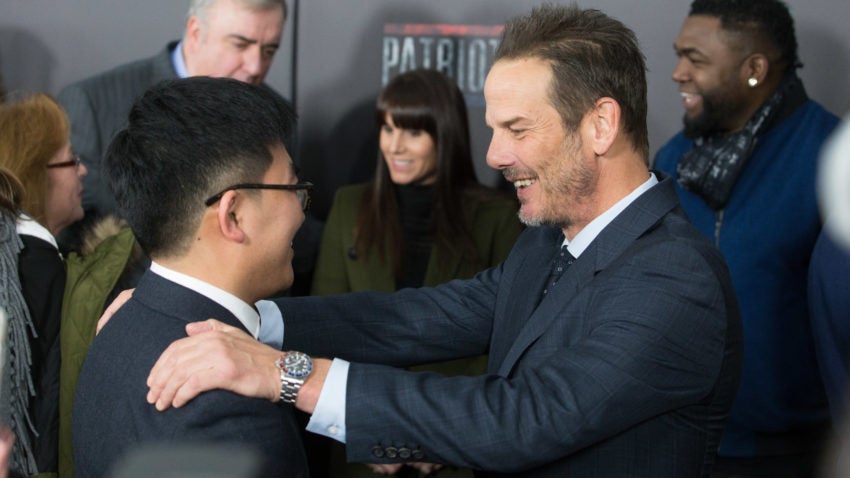 Even now, more than three years after the carjacking, it’s clear that talking about that night is difficult for Meng. Still, he agreed to sit down with Patriots Day director Peter Berg for a chat about the film. What was supposed to be a 45-minute meeting stretched to four hours, and Meng came away impressed by Berg’s attention to detail and commitment to doing his story justice.

“I think a lot of people don’t know my part of the story,” Meng said. “It was going to be something new for [the audience], so we talked about getting into all the details: every conversation I had with Tamerlan and Jahar, what I was thinking each moment, how I planned my escape from the car. Every part of my story in the film is completely accurate.”

That includes the performance from the actor who plays Meng, Jimmy O. Yang, who is best known for his role as Jian Yang on the HBO comedy Silicon Valley. Meng and Yang spent a lot of time talking on the phone prior to the shoot, and when Yang came to town, they got dinner and went bowling, chatting about their shared origins (both are originally from China) and the intricacies of Meng’s story.

At times, Yang also served as a translator between the filmmakers and Meng, with the latter detailing complex emotions in Mandarin that he couldn’t put to words in English.

“For me, sometimes it’s very difficult to describe the deep feeling in my heart in another language,” Meng said. “Talking to him, I could say something that was very hard for me to say to anybody else.” 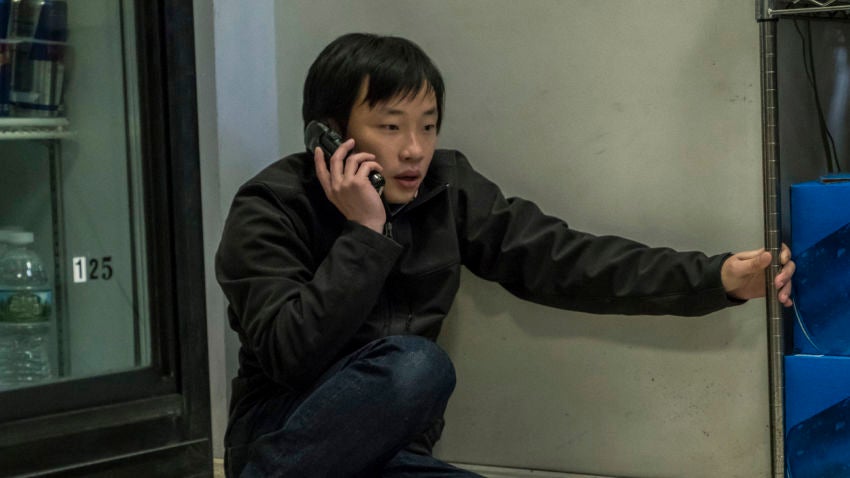 While Meng happily appeared on the red carpet last week alongside famous figures like Wahlberg, David Ortiz, and Elizabeth Warren, it’s clear that he’s ready to slip back into relative anonymity. He’s hard at work running a mobile food delivery startup in Kendall Square — a profession alluded to in the film when Yang (as Meng) flirts with a Chinese food restaurant employee, showing her his phone. Nevertheless, he felt that it was important to assist Berg and the Patriots Day producers in detailing that night, and he’s pleased with the final product.

“I felt like I had a responsibility to tell the true story, the way it really happened,” Meng said. “I’m proud of the film, and proud of being able to share my story and help [the filmmakers] get it right.” 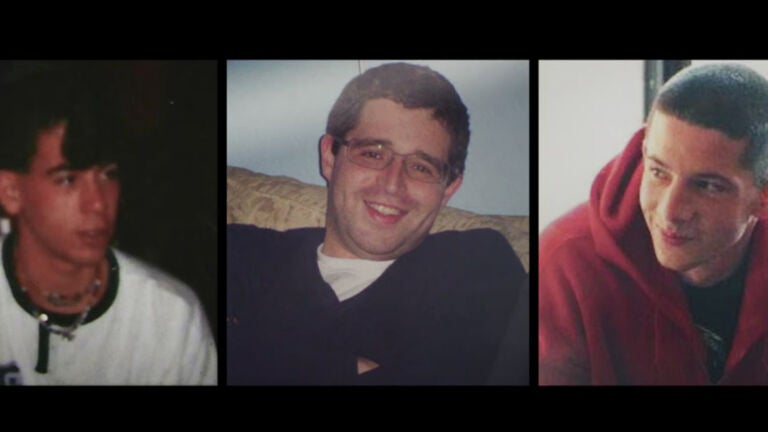 The untold story of 'The Murders Before the Marathon'