The “This is Us” star and nominee is juggling a jam-packed schedule of call times and parties in the lead up to the awards ceremony Sunday, where he’s nominated for lead actor in a drama series.

“It’s a gauntlet,” Brown said Thursday at The Hollywood Reporter and SAG-AFTRA Emmy Nominees Night party. “I’ve got work tomorrow, then there’re three parties tomorrow and two parties on Saturday and then Sunday. And then I have to be at work Monday at 6 a.m., so I’m memorizing lines. But I’m having a good time and I’m just trying to enjoy each moment as it comes.”

Brown and fellow nominees and industry peers gathered for drinks and treats, like uni toast and truffle pizza, at Jean-Georges at the Waldorf Astoria before Emmys weekend kicks into full gear.

Attendees like Alec Baldwin and his wife Hilaria Baldwin held court with the likes of Matthew Modine, Anne Heche, William H. Macy and Felicity Huffman, as Bob Odenkirk chatted off to the side and Geoffrey Rush introduced his son around the party.

Modine, deep in conversation with Baldwin, paused to give his young “Stranger Things” co-star Gaten Matarazzo a hug as he walked by, bee-lining to the booth in the back of the restaurant where Natalia Dyer and Finn Wolfhard were hanging out.

“I got to meet Alec Baldwin. That was cool,” Matarazzo said later.

Huffman broke away to grab a drink at the bar. She laughed that her Emmys prep includes going on a diet two weeks ago and then breaking it a day later.

On Sunday she hopes there’s a focus on the work.

“Billy on the Street” star Billy Eichner thinks that a little politics is inevitable.

“What else are you going to talk about?” he said.

SAG-AFTRA President Gabrielle Carteris wants there to be a spotlight on inclusion and diversity.

“I really want to see it pushing forward so it doesn’t just become the flavor of the year,” she said.

“We’re celebrating the work of our members tonight,” Carteris added. “This is one of the most exciting times in our history, in television, in film. The lines have been blurred. You can see great performances, great shows, no matter what size of the screen.”

This story has been corrected to show that the actor’s name is Sterling K. Brown. 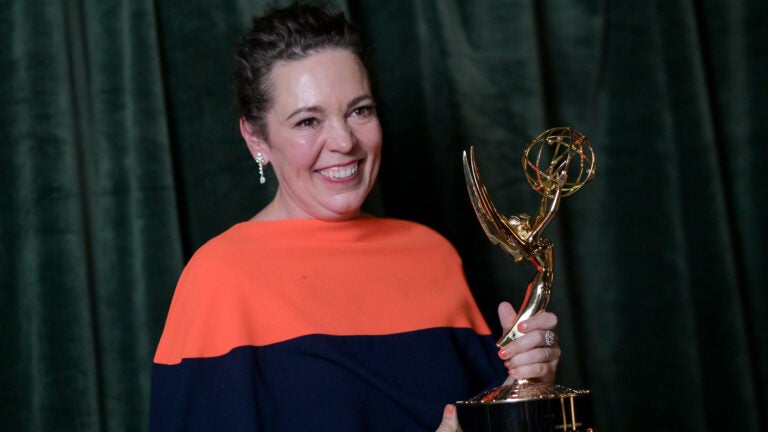