NEW YORK (AP) — The fallout facing Kevin Spacey widened Monday following an accusation that he allegedly made sexual advances on a teen boy, with Netflix pulling the plug on his hit show ‘‘House of Cards’’ and ‘‘deeply troubled’’ producers of the political thriller arriving on set to comfort cast mates.

Executives from Netflix and the show’s producer, Media Rights Capital, said they arrived in Baltimore, where the show is shot, on Monday afternoon to make sure actors and crew ‘‘continue to feel safe and supported.’’ Spacey was not scheduled to be on set on Monday.

Though the decision to end the series was announced on Monday, it was made several months ago, according to a person with knowledge of the situation who spoke on condition of anonymity because they were not authorized to discuss the decision.

Spacey is the latest Hollywood man to be named in widening allegations of sexual harassment and abuse in entertainment, media and other industries. The avalanche of allegations began earlier this month after the New York Times published a story alleging that producer Harvey Weinstein had sexually harassed numerous women.

On Monday, NBC fired political journalist Mark Halperin after multiple allegations of sexual harassment, and The New Republic said it had launched an investigation after publisher and president Hamilton Fish was accused of harassing women.

The New York Times on Monday also published new allegations against Weinstein, including the account of a woman who said Weinstein of raping her in the late 1970s and a dancer’s account of Weinstein misconduct in 2004 that led to a $100,000 settlement. Weinstein’s representative Sallie Hofmeister has said the Oscar winner denies all allegations of non-consensual sex.

The Producers Guild of America also announced it had instituted a lifetime ban on Weinstein from holding membership in the organization. The move came after Weinstein, 65, resigned his membership, the group said.

‘‘This unprecedented step is a reflection of the seriousness with which the Guild regards the numerous reports of Mr. Weinstein’s decades of reprehensible conduct,’’ the guild said in a statement. ‘‘Sexual harassment can no longer be tolerated in our industry or within the ranks of producers guild membership. ‘‘

In an interview published by BuzzFeed News on Sunday, actor Anthony Rapp alleged that he was attending a party at Spacey’s apartment in 1986 when an inebriated 26-year-old Spacey picked him up, placed him on his bed, and climbed on top of him. Rapp, then 14, was able to get away without any physical harm.

Spacey responded on Twitter by saying he doesn’t remember the alleged encounter but if he acted the way Rapp alleges, ‘‘I owe him the sincerest apology for what would have been deeply inappropriate drunken behavior.’’

Spacey then said Rapp’s story ‘‘encouraged’’ him to address long-simmering rumors about his sexuality. He wrote that he’s had romantic relationships with both men and women in the past but is now living ‘‘as a gay man’’ and wanted to be honest so he could examine ‘‘my own behavior.’’ Requests for comment went unanswered Monday.

The two-paragraph statement — an apology in the first for a 31-year-old alleged assault and a self-outing in the second — struck many as an odd time for Spacey to address his sexuality or even an attempt to deflect blame. Worse, he seemed to make a connection between being gay and sexual abuse of minors.

‘‘Kevin Spacey really tried to throw the entire LGBT community under a bus and call it solidarity in an effort to mask his personal failings,’’ wrote civil rights activist DeRay Mckesson on Twitter.

Actor Zachary Quinto called Spacey’s outing ‘‘a calculated manipulation to deflect attention from the very serious accusations.’’ Musician Lance Bass added on Twitter: ‘‘Being gay should never be equated with sexual assault or pedophilia. Thanks for giving the homophobes more ammo.’’

Sarah Kate Ellis, president and CEO of the gay rights group GLAAD said in a statement that the story was really about unwanted sexual advances on Rapp not Spacey’s sexuality. ‘‘Coming out stories should not be used to deflect from allegations of sexual assault,’’ she said.

Rapp cited the dozens of Weinstein accusers as the reason he recounted his encounter with Spacey.

‘‘I came forward with my story, standing on the shoulders of the many courageous women and men who have been speaking out to shine a light and hopefully make a difference, as they have done for me,’’ he wrote on Twitter. Rapp, who starred on Broadway in ‘‘Rent,’’ currently stars in ‘‘Star Trek: Discovery.’’

to shine a light and hopefully make a difference, as they have done for me. 2/3

Many Hollywood figures came to Rapp’s side, including fellow ‘‘Discovery’’ co-star Wilson Cruz and Rose McGowan, one of the leading voices against sexual harassment in Hollywood, who said of Spacey: ‘‘It’s your turn to cry.’’

Two comedians offered withering criticism: ‘‘You do not get to ‘choose’ to hide under the rainbow!’’ Wanda Sykes, outspoken member of the LGBT community, wrote on Twitter. Billy Eichner also blasted the move: ‘‘Kevin Spacey has just invented something that has never existed before: a bad time to come out.’’

In a statement, Willmon said: ‘‘During the time I worked with Kevin Spacey on ‘House of Cards,’ I neither witnessed nor was aware of any inappropriate behavior on set or off. That said, I take reports of such behavior seriously and this is no exception. I feel for Mr. Rapp and I support his courage.’’

While much of the sexual harassment scandal has focused on top Hollywood names such as Weinstein and Spacey, a broader discussion of treatment of women in the industry has emerged. On Monday, a former worker on ‘‘The Bachelor’’ and its spinoffs sued Warner Bros. Entertainment and the show’s producers alleging she was subjected to persistent questioning about her sex life when she was promoted to a segment producer role in 2016.

Becky Steenhoek’s sexual harassment lawsuit filed in Los Angeles Superior Court alleges producers continued the questioning even though she was visibly uncomfortable with it. She eventually complained, and within a week Steenhoek’s suit states she was no longer allowed to meaningfully participate in the show, and an offer to work on a later ‘‘Bachelor’’ spinoff show was rescinded.

Steenhoek was told by a producer that ‘‘this is the way of the industry and world that we work in,’’ her lawsuit states.

The lawsuit seeks unspecified damages and its allegations have been denied by Warner Bros.

‘‘These allegations were brought to our attention and were thoroughly investigated earlier this year,’’ the company said in a statement. ‘‘Our findings did not support the plaintiff’s characterization of the events claimed to have taken place, which is why we are disappointed by the filing of this lawsuit.’’

Mark Kennedy is at http://twitter.com/KennedyTwits 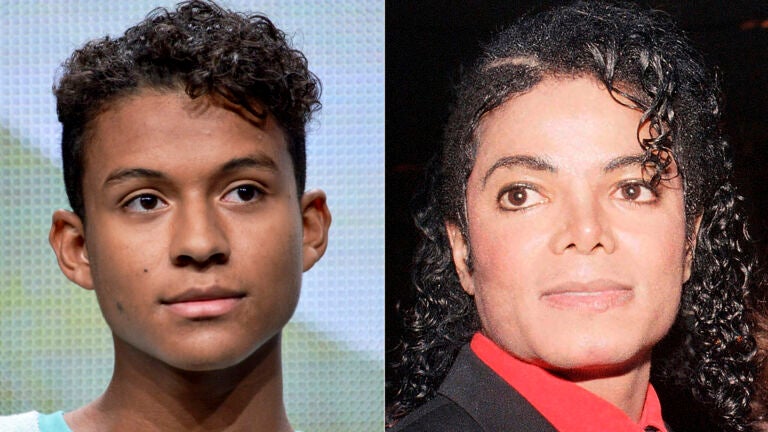 Michael Jackson's nephew Jaafar Jackson to play him in biopic