The first trailer for Chappaquiddick hit YouTube Wednesday afternoon, and the film does not shy away from portraying the Kennedy family in a negative light.

In the trailer, we see Ted Kennedy (Jason Clarke) driving along a dark street with Mary-Jo Kopechne (Kate Mara), a campaign strategist for Robert Kennedy, riding shotgun. We also see the aftermath of that fateful night, in which Kennedy drove his car off a bridge; the 28-year-old Kopechne later drowned.

In a large room, a group of advisers join Teddy and Kennedy patriarch Joseph P. Kennedy (Bruce Dern) to assess the gravity of the situation.

“There are not a lot of senators charged with manslaughter that go on to be president,” one says. (In reality, Kennedy was not convicted of manslaughter, but of leaving the scene of an accident, for which he received a suspended sentence.)

Later, we see another of the men say that Kennedy was diagnosed with a concussion, followed by a doctor saying he hasn’t examined Kennedy yet. In the next shot, Kennedy is wearing a neck brace.

“These theatrics are not going to hold up in a court of law!” yells Joe Gargan (Ed Helms), Kennedy’s cousin.

Early reviews of the film following its debut at the Toronto Film Festival were mixed. Indiewire’s Kate Erbland praised Clarke’s performance as Kennedy, complimenting him for “eschewing a big accent or showy mannerisms,” and saying that he “fully disappears into the role.” On the other hand, Boston Globe contributor Loren King called Chappaquiddick “a made-for-Lifetime network melodrama and little more” in her review for Newport This Week, and said the film is “nothing close to ambitious or artistic.”

The film was originally set to hit theaters in time for awards season on Dec. 8, but was later pushed to April 6, 2018. 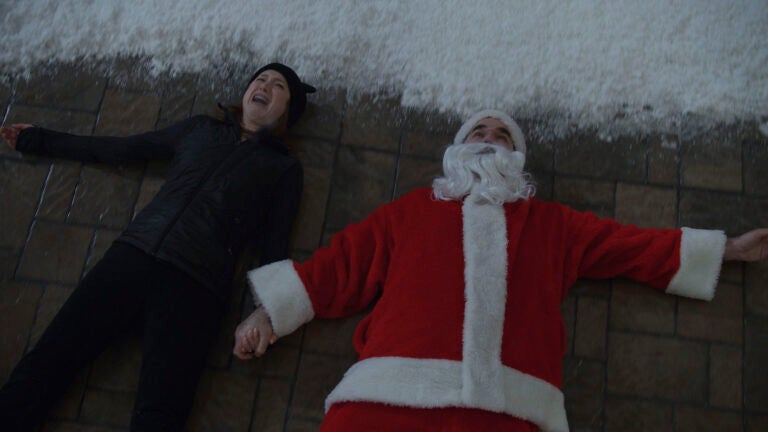