The 2018 Boston Calling lineup is here, and the headliners will give you some early 2000s nostalgia.

Eminem, The Killers, and Jack White will headline the 2018 music festival, which will be held at the Harvard Athletic Complex in Allston from May 25 to 27.

Other high-profile acts scheduled to appear include Queens of the Stone Age, The National, and Paramore.

One change from last year is the comedy lineup, which has been rebranded as a “Comedy and Entertainment Lineup” and will be headlined by Harvard graduate Natalie Portman, who had to cancel her scheduled “film experience” at the 2017 festival. Other entertainers making an appearance include Milton native Jenny Slate and the popular political podcast Pod Save America, hosted by four former Obama aides, including North Reading native Jon Favreau.

Check out the full lineup below. 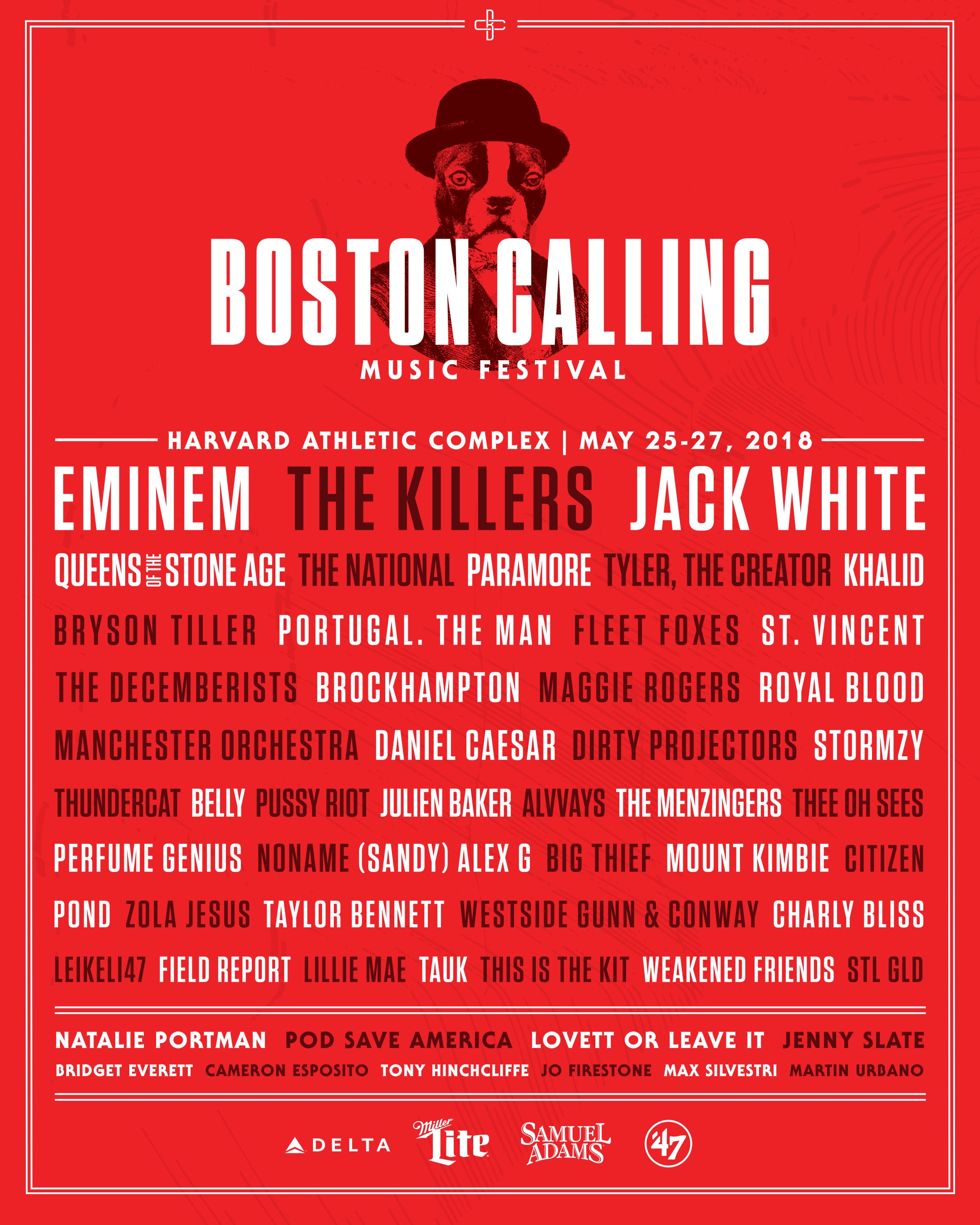