Last year’s Academy Awards were supposed to be straightforward. “La La Land” was expected to pick up plenty of awards, including the biggest one of the night. And for a few moments it seemed like it did, as Faye Dunaway announced “La La Land” as the Best Picture winner. Then, all hell broke lose.

Given the insane finish to last year’s ceremony, it’s only fitting that the Best Picture race for the 90th Academy Awards, set to air Sunday, March 4 at 8 p.m. on ABC with Jimmy Kimmel hosting, looks pretty unpredictable. That’s great news for ABC executives, who hope that viewers will stay tuned until the end of the broadcast. That’s bad news for those who are filling out Oscar ballots with friends, family, and coworkers and are attempting to predict the winners.

To help guide you through the difficult selection process, we checked out what the experts at awards prediction site Gold Derby are saying about the night’s six biggest categories: Best Picture, Best Actor, Best Actress, Best Supporting Actor, Best Supporting Actress, and Best Director. (Note that we focused on Gold Derby’s “expert odds” instead of its “combined odds,” which uses picks from experts, editors, and site users.)

Since 2009, the Academy has determined the Best Picture winner differently than every other category. Every other award is chosen via a winner-take-all ballot, meaning that voters choose a single nominee, and the nominee with the most votes wins, plain and simple. But the Best Picture race is determined by ranked choice ballot, meaning voters can rank every film nominated, and movies with fewer votes are eliminated one by one, until a single movie has more than 50 percent of the vote.

With nine Best Picture nominees and more than 7,000 voting members of the Academy, it’s difficult for experts to predict how everything will shake out under ranked choice voting. Hypothetically, a movie that only a modest number of voters select as their top choice but the majority rank as their third choice could win the award. Right now the experts at Gold Derby give “The Shape of Water” the slightest edge in their odds over “Three Billboards Outside Ebbing, Missouri,” with “Get Out” a distant third. But Gold Derby’s “combined” odds — which incorporates votes from Gold Derby experts, editors, and users — swaps the two top films, with “Three Billboards” slightly ahead of “Shape of Water.” Our advice? Flip a coin.

With Best Picture out of the way, the other five major categories all have a clear-cut favorite, though nothing is set in stone. For Best Actor, Gary Oldman’s performance in “Darkest Hour,” in which he disappears under layers of makeup to play Winston Churchill, is the runaway favorite, with 25 of 26 experts picking him to win. The only other nominee to get a vote is Timothee Chalamet, for his role as a lovestruck teen spending a summer in Italy in “Call Me by Your Name.”

Like the Best Actor category, Best Actress has a veteran performer who is a clear-cut favorite, and a young star looming as a dark horse candidate. In this case, Frances McDormand is the favorite for her performance as a grief-stricken mother battling a local police department in “Three Billboards,” while Saoirse Ronan’s coming-of-age role in “Lady Bird” ranks second.

Sam Rockwell has won numerous awards for his performance as a troubled police officer in “Three Billboards,” and remains the favorite for the Oscar. Willem Dafoe’s performance as the sympathetic owner of a rundown motel in “The Florida Project” is a trendy upset pick among some critics, but Gold Derby’s odds strongly favor Rockwell.

Of the four acting categories, this is the one Gold Derby is least certain about. Twenty of 26 experts pick Allison Janney for her role as Tonya Harding’s foul-mouthed mother in “I, Tonya,” while six like Laurie Metcalf as a loving, albeit slightly overbearing mother in “Lady Bird.” The odds favor Janney, but if you’re looking to set yourself apart in your Oscar pool, this is one spot where you could try rolling the dice.

Historically, the Best Director award has been closely tied to the Best Picture award, with a little more than 70 percent of the films awarded Best Picture also winning the award for Best Director. However, since the move to ranked choice voting in 2009, the split has been exactly 50-50, with “The Hurt Locker,” “The King’s Speech,” “The Artist,” and “Birdman” winning both awards, and “Argo,” “12 Years a Slave,” “Spotlight,” and “Moonlight” winning just Best Picture.

Those facts are worth noting because of the two Best Picture favorites (“Shape of Water” and “Three Billboards”), only “Shape of Water” director Guillermo del Toro is nominated, with “Three Billboards” director Martin McDonagh shut out. Among Gold Derby’s experts, 25 of 26 are picking the Mexican filmmaker to win, with the lone dissenting vote going to Christopher Nolan, for the gripping World War II drama “Dunkirk.”

Here are the favorites and runners-up for the final 18 categories. To see a full list of odds for every nominee in every category, check out Gold Derby’s website.

Timothee Chalamet and Armie Hammer in “Call Me by Your Name.” 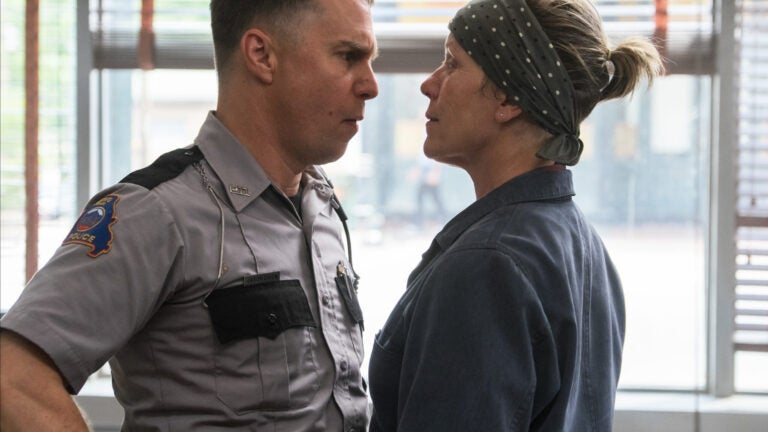