John Krasinski may live in New York now, but the Newton native still rocks a Red Sox jersey from time to time.

The actor and director stopped by “The Tonight Show” on Tuesday to promote his upcoming movie “A Quiet Place,” which costars his wife, Emily Blunt, and revealed that his “welcome to New York” moment involved a Red Sox jersey and a rude passerby with very good aim.

According to Krasinski, when he was working as an intern at 30 Rockefeller Plaza about two decades ago, he walked out to grab some lunch wearing a Nomar Garciaparra jersey.

“I got out of the glass doors, took a left, and I was walking along about to get lunch, and just something hit me in the back of the head,” Krasinski said while smacking himself in the back of the head for effect. “I was like, ‘Oh my God!’ And it was a full cream cheese bagel. And I looked over to see who it was. It was a taxi going like 20 miles an hour.”

Krasinski said he couldn’t even be mad — he was just impressed that someone was able to hit him from a moving taxi, adding that the bagel tosser “must have been drafted after that.” 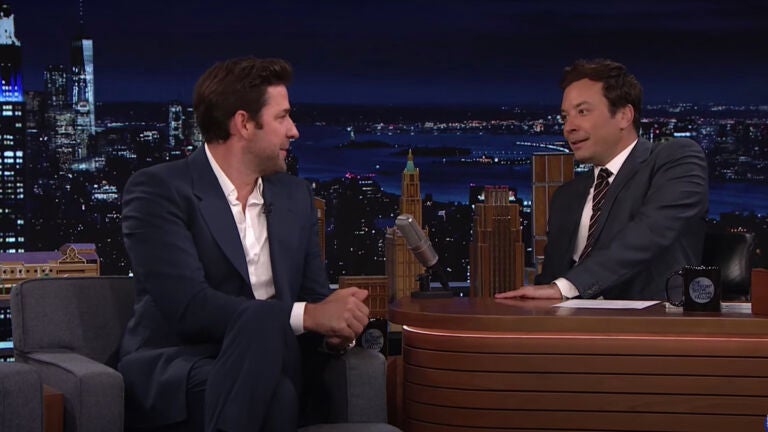