Anecdotally, it seems like some sort of film production pops up almost every week in Massachusetts. Statistically, it’s likely even more frequent than that.

From 2011 to 2017, Massachusetts awarded an average of 117 tax credits to local productions per year, which works out to more than two per week, according to recently revised data posted by the Department of Revenue. (Productions, in this case, can include feature-length films, videos, digital media projects, TV series, TV pilots, and commercials.)

Created in 2006, the film tax credit helps lure productions to Massachusetts by offering a 25 percent payroll credit for any project that spends more than $50,000 in-state. On top of that, productions that spend more than half of their total budget in Massachusetts or film at least half the time in the state are eligible for a 25 percent production credit and a sales tax exemption, with the same $50,000 minimum in-state spend mentioned above.

The majority of these productions were not big-budget Hollywood films, and many credits awarded by the state were for relatively small sums in the tens of thousands of dollars. But from 2011 to 2017, 13 Hollywood film productions each received tax credits exceeding $10 million, and in 2016 alone, the state gave out almost $89 million in subsidies.

This 2016 comedy about a pair of high school friends (Dwayne “The Rock” Johnson and Kevin Hart) on the run from terrorists was filmed in Beverly, Boston, Burlington, Cambridge, Devens, Everett, Lynn, Lynnfield, Malden, Marlborough, Middleton, Quincy, and Somerville.

A 2012 comedy about a teacher (Kevin James) who makes ends meet after being laid off from Quincy High School by becoming an MMA fighter, “Here Comes the Boom” was filmed in Boston, Everett, Lowell, Peabody, and Quincy.

The 2016 drama based on a real-life 1952 Coast Guard rescue mission off the coast of Chatham was filmed in Chatham, Cohasset, Duxbury, Marshfield, Norwell, and Quincy.

This 2014 vigilante action-thriller about an ex-Marine (Denzel Washington) cleaning up the streets of Boston was filmed in Boston, as well as Cambridge, Canton, Chelsea, Hamilton, Haverhill, Quincy, Salisbury, and Swampscott.

“R.I.P.D.” was a 2013 critical and commercial flop about a Boston police officer (Ryan Reynolds) who joins a ghost law enforcement team to fight the malevolent undead. It was filmed in Boston, Cambridge, Chelsea, and Raynham. 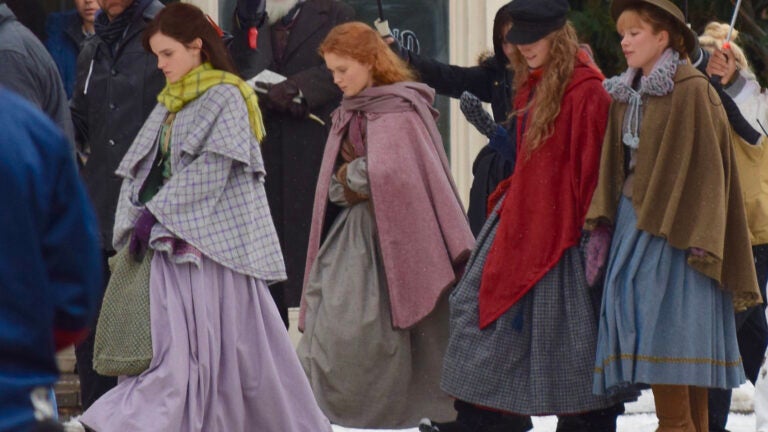 21 movies Bostonians should know about in 2019