CAMBRIDGE, Mass. (AP) — Milo Ventimiglia, who stars as Jack Pearson in the award-winning hit television drama “This is Us,” was named 2019 Man of the Year Wednesday by Harvard University’s Hasty Pudding Theatricals.

Ventimiglia was selected because he has made “significant impressions on television and film,” the oldest theatrical organization in the U.S. said in a statement.

It also didn’t hurt that he played heartthrob Jess Mariano on the television show “Gilmore Girls” from 2001 to 2006.

“We’ve loved his performances in ‘This is Us,’ ‘Heroes,’ and ‘Gilmore Girls,’ but more importantly, he is the childhood crush of our two esteemed producers, Elizabeth (Mann) and Mariana (Sanchez-Medina),” Hasty Pudding President Grace Ramsey said in a statement.

The Emmy-nominated actor will receive his pudding pot at a celebratory roast at Harvard scheduled for Feb. 8.

Ventimiglia will then attend the opening night of Hasty Pudding’s latest production, “France France Revolution,” its first to feature women in the cast.

Although women have involved with Hasty Pudding Theatricals since the 1930s, the onstage cast has traditionally been all male, even for female roles. The organization announced last year that women would be included in the cast.

Ventimiglia has also been involved with the Iraq and Afghanistan Veterans of America, which supports veterans who need help when they return home from war. His character on “This Is Us” is a Vietnam War veteran, and Ventimiglia’s real-life dad is also a veteran.

Hasty Pudding, which dates back to the late 18th century, has honored a Man of the Year since 1967, and previous winners include Clint Eastwood, Tom Hanks and Christopher Walken. Paul Rudd was honored last year.

Bryce Dallas Howard was named Hasty Pudding’s Woman of the Year on Tuesday. 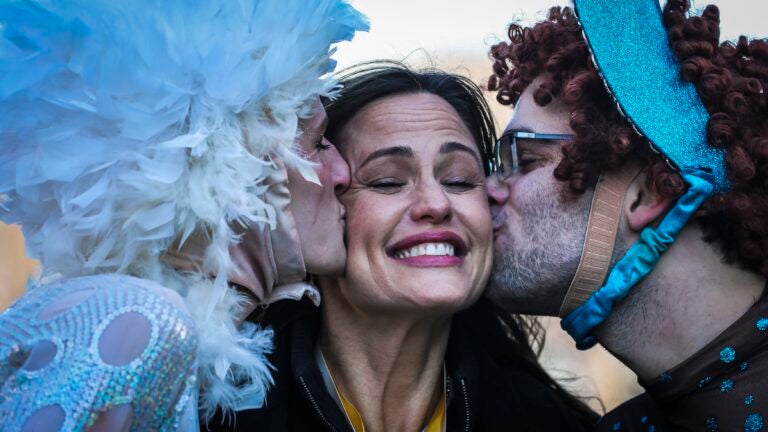