In the end, New England fans may have loved the 2019 Super Bowl, a 13-3 victory by the Patriots over the Los Angeles Rams. But Mercedes-Benz, the automaker whose name adorns the Atlanta stadium where Super Bowl LIII was held, was not enthralled by the game.

“If this game weren’t in my stadium, I would have driven away by now,” the official account for Mercedes-Benz wrote in a now-deleted tweet at 9:04 p.m., along with a video of a talking car monotonously laughing while watching a TV. 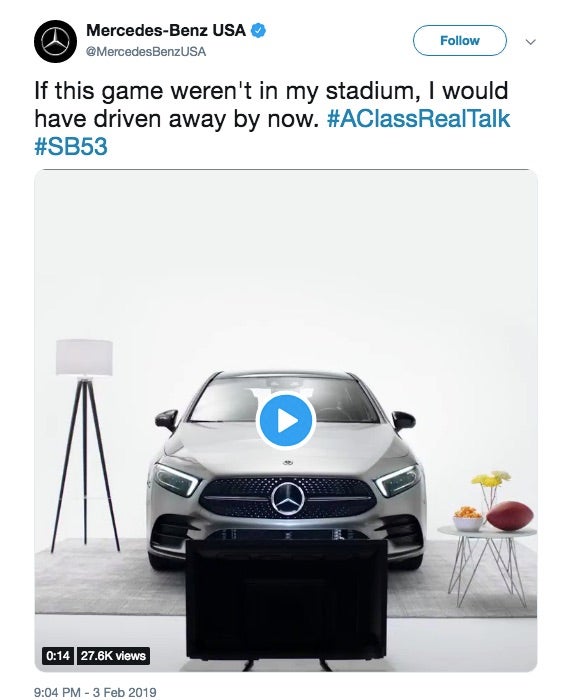 When a Twitter user asked the company to end the “excruciating game” at 9:07 p.m., the car company simply replied, “Mercedes-Benz drives > Football drives.” 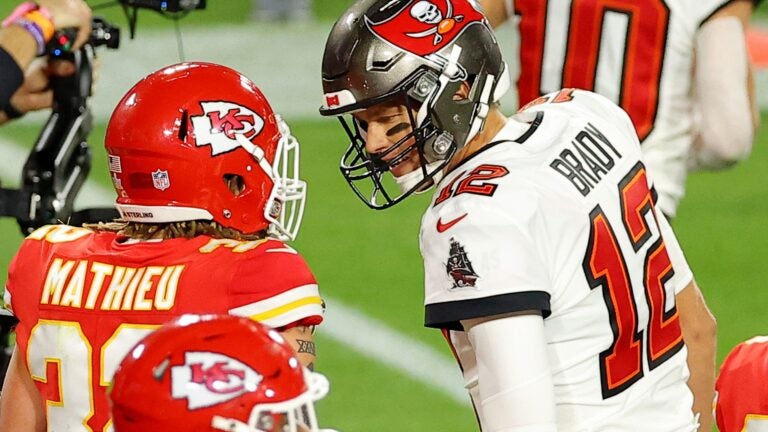