Local set designers touched up the exterior of a temporary forest green news kiosk labeled “Free City” that had been erected in Liberty Square, while other workers added fresh flowers to the traffic island. Trucks from 20th Century Fox, the studio recently purchased by Disney, delivered equipment on Water Street, while others sat parked nearby.

“Free Guy” is slated to film in Boston during May, June, and July. The Liberty Square filming will occur exclusively on weekends, beginning Sunday morning and wrapping in the evening on Sunday, July 7.

Local businesses received notices warning that the film will use special effects, including pyrotechnics and simulated gunfire, and that Boston police officers and firefighters will be on-site.

Matt Kaplan, the owner of PostNet, a print shop at 8 Liberty Square, said he received notice from 20th Century Fox about filming “a few weeks ago.” Kaplan said that once PostNet closed for the day on Friday, crews would cover up his store’s sign with signage to be used in the film and replace his awnings with nondescript ones. PostNet and other neighboring businesses, including Boston Kebab House and Pita Thyme, had received touch-up paint to the trim of their buildings and had signs up letting patrons know that they will be open during filming.

“Free Guy” stars Reynolds as a lonely bank teller who discovers he is a background character in the massive open-world video game “Free City” and eventually must save his virtual world.

On the wall of the kiosk in Liberty Square on Friday was a map of Free City, which included colored dots to mark locations such as “strip club,” “drug den,” and “guns & ammo,” not unlike a map you would find in the real-life “Grand Theft Auto” video game series. Later in the day on Friday, crews were back at work in front of Boston Kebab, a large sign for “Fake IDs” resting nearby. 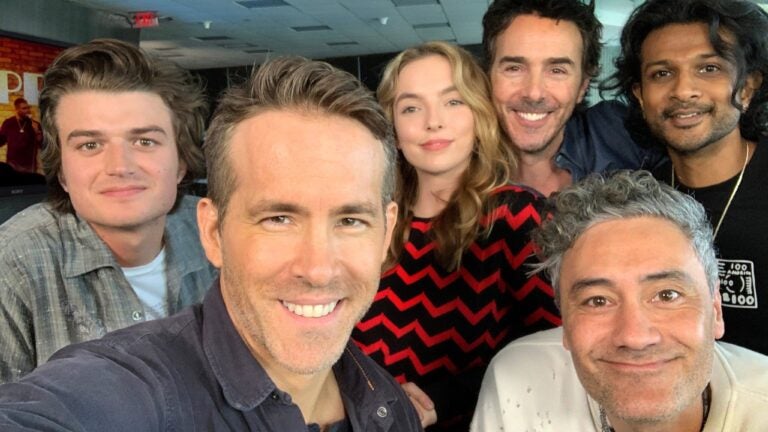