Mindy Kaling wasn’t “the funny one” in the classroom at Buckingham Browne & Nichols School in Cambridge. Instead, she was a good student who went home and devoured every bit of comedy she could get her hands on.

Now, almost two decades into a career kickstarted by a writer-actor job on NBC sitcom “The Office,” Kaling’s list of accomplishments keeps growing by leaps and bounds. She was the showrunner for all 117 episodes of her sitcom “The Mindy Project,” has written two memoirs, is producing a coming-of-age show for Netflix, and has a new movie, “Late Night,” out on Friday that the Cambridge native wrote, produced, and stars in.

Kaling chatted with Boston.com earlier this week about her time working on “The Office,” juggling work with parenting her 18-month-old daughter, and why longtime friend and “The Office” co-star B.J. Novak was worried about what people might think of him after watching “Late Night.”

Note: This interview has been lightly edited and condensed for length and clarity.

Was comedy something you were drawn to from a young age, either as a fan or as someone who aspired to a career doing it?

MK: I wasn’t doing comedy when I was little. I was just completely obsessed with it. I watched “Seinfeld,” “Friends,” “Family Matters” — I loved it in every form. I really respected the art of making people laugh, and I really wanted to do it.

Growing up, would your classmates in Cambridge have called you “the funny one”?

MK: I was never the class clown. I went to BB&N, and there was a group of guys who were considered the “funny guys.” That was in the ’80s and ’90s, and, at least where I was, no one really thought girls were interested in being funny or that girls could be funny.

Being funny in school was tied into being bad because being funny is often disruptive. And I was such a good student. That would never have flown in my household.

You’ve said that you learned a lot while growing up by watching your parents work hard and internalizing their work ethic as first-generation immigrants. Your dad even commuted to New Haven for his job. How has that helped you in your career so far?

MK: Seeing their example of hard work every day was very helpful in my career. When I went to go work on “The Office,” I would show up on set at 6 a.m., to get into hair and makeup, then stay with the writers until 10 or 11 o’clock at night.

Frankly, that schedule helped me for when I had my kid. Now, she gets up before 6 a.m. every single day and wants to play and hang out. It was all really good training, and I never had this huge shock — even when I was creating my own show or having my kid — about how bad the hours were.

Emma Thompson plays an acerbic TV talk-show host who is about to be replaced after 28 years in “Late Night.”

“Late Night” is a two-hander, with your character, up-and-coming comedy writer Molly Patel, getting just about as much screen time as jaded late-night host Katherine Newbury (Emma Thompson,”Sense and Sensibility” ). What experiences from your time in showbiz inspired each of these characters?

MK: The pleasure of writing this movie was that I identified 100 percent with both of the female characters. I’ve worked on shows like “The Office” where I couldn’t say, “Oh, I’ve had a similar experience as that character.” But for “Late Night,” I vividly remembered what it was like to be in that writers’ room, being the only person in the room that was a woman, a minority, and being terrified of being hired on this show where I was outclassed by the other writers — though they were much nicer to me than the writers in the movie.

I also remember more recently what it was like to have a show, and doing “The Mindy Project” for 117 episodes, recognizing the impatience you feel as an employer. Remembering the struggles I had with realizing that I had to become a mentor and not just an employer. Writing for Emma and writing for me, I wouldn’t say it was easy, but it was so pleasurable.

Without spoiling too much of the film’s plot, “Late Night” has a lot of interesting things to say about very important topics of the moment, including the diversity of writers’ rooms, power dynamics, and the #MeToo movement. Was there anything you were trying to say about those topics with “Late Night” beyond simply writing a good story?

MK: The truth is, I’m a comedy writer. I wanted to write a movie that was really funny that also happened to be really true to my experience. In a movie where one star is an Indian woman and the other is 60-year-old woman, the comedy is inherently political. But I did not write this movie with an activist hat on. I truly didn’t. I just wanted to write something that felt honest.

In “Late Night,” Molly has an interesting relationship with head monologue writer Tom (Reid Scott, “Veep”) that evolves throughout the film. I couldn’t help but think about the relationship you have in real life with B.J. Novak. Was that intentional?

MK: I will tell you, no one has asked me that question, but B.J. and I have talked about it. He was like, “I don’t want anyone to think I was like that!” and I was like, “They won’t!”

Reid’s character Tom is very different than the way B.J. was, but they do have some similarities. One thing I really value about my relationship with B.J. is that he really challenges me both professionally and with personal things. With the character of Tom, even though he wasn’t an ally to Molly, she did respect him. B.J. has always been an ally to me, and we’ve been best friends since we were 24, but from the very beginning, I respected his talent. He wrote the “Diversity Day” episode of “The Office,” which was the second episode of the show, and many people think it’s one of the best episodes, including myself.

You have so many projects in the works that it’s hard to keep track, and you’re the mother of an 18-month-old. At the risk of asking the most cliched question successful working moms always get asked, I’m genuinely curious: How do you do it all?

MK: I am never offended when I’m asked that question. I often think of it when I hear interviews with women and I’m curious about how they do it all. The simple answer is I have a lot of help. I have a nanny, and I have two assistants. I think people who do all these things are very privileged because we have the resources to hire people, but we never talk about them. For me, the only way I’m able to do it all is because I have people who make working and mothering so much easier. 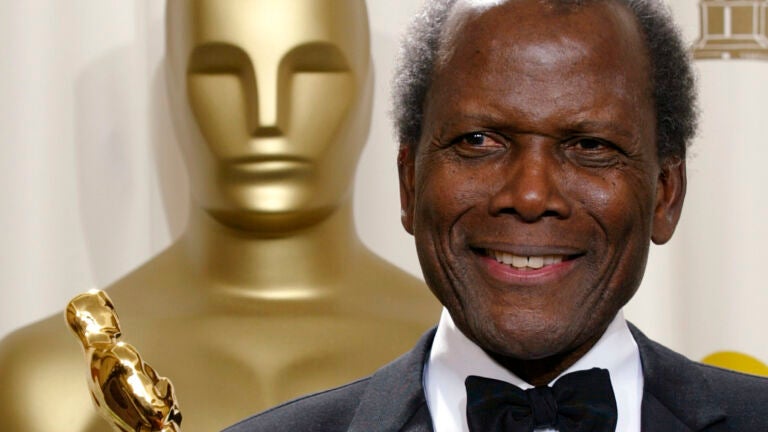