Halloween is still almost two months away, but production on the spooky Adam Sandler film “Hubie Halloween” has already wrapped up.

On Friday, the day after filming ended, Sandler gave Massachusetts a hearty thank-you on social media for “all the hospitality” he received while shooting the movie for Netflix this summer.

“Last day of shooting Hubie Halloween,” the longtime New Hampshire resident wrote on Twitter, posting a photo of fellow “Saturday Night Live” alum Tim Meadows in a goofy headless costume. “Thanks for all the hospitality this summer, Massachusetts. It was a blast. Have a great Labor Day weekend and see you next time.”

Last day of shooting Hubie Halloween. Thanks for all the hospitality this summer, Massachusetts. It was a blast. Have a great Labor Day weekend and see you next time. pic.twitter.com/sCDbh5wzGz

In the film, Sandler plays Hubie Dubois, a good-natured but odd Salem resident who is widely mocked for his obsessive devotion to the town’s annual Halloween parade. But when a real murder case disrupts the city’s celebration, it’s up to Hubie to crack the case.

The movie production turned heads all along the North Shore, particularly in Marblehead, where crews completely transformed a stretch of the downtown into a Halloween haven. “Hubie Halloween” also filmed in Danvers, Gloucester, Ipswich, Mendon, and Salem, among others.

Netflix hasn’t set a specific release date for the film yet, but expect it on the streaming platform in late summer or early fall of next year. 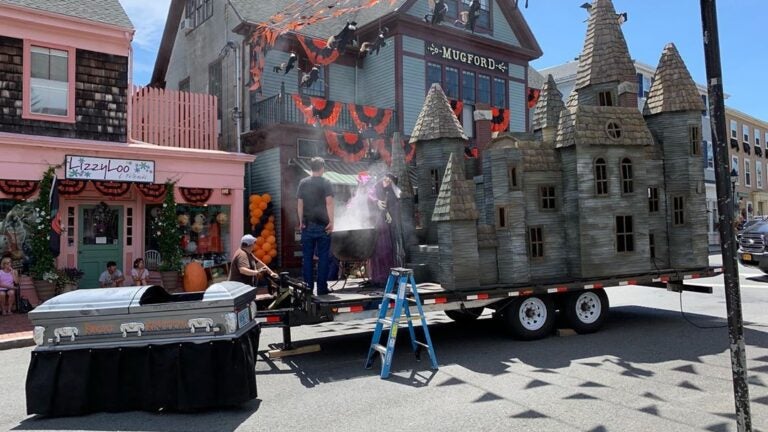