Jodie Comer spent months living in Boston this summer while filming “Free Guy,” the action-comedy starring Ryan Reynolds that marked the first time she’s ever shot a movie in the U.S.

Now, she may be getting another heavy dose of Boston in the form of a movie starring Ben Affleck and Matt Damon.

Fresh off her 2019 Emmys win for outstanding actress in a drama series (“Killing Eve”), Variety reported on Thursday that Comer is in talks to join “The Last Duel,” a medieval revenge thriller that will mark the first time Affleck and Damon have written and co-starred in a movie together since “Good Will Hunting.”

Based on a 2004 novel by Eric Jager inspired by true events, “The Last Duel” is about a 14th century French knight named Jean de Carrouges and a squire named Jacques Le Gris who are close friends. When de Carrouges returns from war, his wife, Marguerite (the role Comer would play), says that Le Gris raped her, but no one believes her aside from her husband. After de Carrouges appeals directly to the king, he and Le Gris are ordered to duel to the death in a trial by combat to resolve the issue.

Along with Affleck and Damon, “The Last Duel” will be written by Nicole Holofcener (“Can You Ever Forgive Me?”) and directed by Ridley Scott (“Alien,” “Blade Runner,” “Gladiator”). According to Variety, “The Last Duel” has not yet been fully greenlit, but if the film gets approval from Fox-Disney, Comer will definitely be a part of the movie. Assuming things progress as planned, production is scheduled to begin in early 2020.

Regardless of whether “The Last Duel” gets the go-ahead, you’ll be able to see Comer in “Free Guy” next summer. In the film, which centers around a bank teller (Reynolds) who realizes he’s part of the fictional open-world video game “Free City,” Comer plays two roles: Inside the video game she plays Molotov Girl, an expert player, while in the real world she plays the designer of the game. 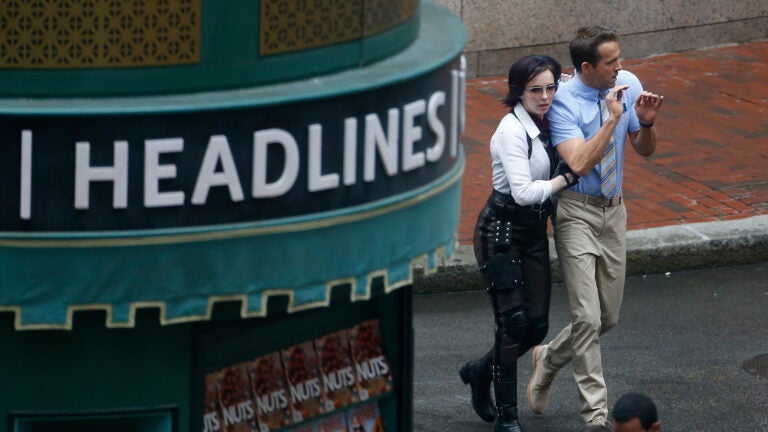