In most of Boston.com’s film review roundups, we present a well-rounded look at the positive and negative opinions from movie critics so that you can decide whether it’s worth seeing in theaters.

In the case of “Little Women,” the newest adaptation of the classic Louisa May Alcott novel, that task proves difficult.

Featuring a stacked ensemble cast including Emma Watson (Hermione Granger in the Harry Potter franchise), Saoirse Ronan (“Lady Bird”), Meryl Streep (“The Devil Wears Prada”), and Kingston resident Chris Cooper (“A Beautiful Day in the Neighborhood”), “Little Women,” which was filmed in Massachusetts last year, has earned a 97 percent rating on critic aggregation website Rotten Tomatoes at the time of this article’s publication. Most of the positive reviews are outright raves rather than general endorsements, as well, and numerous critic groups — including the Boston Society of Film Critics — have named “Little Women” as the best movie of the year.

Not one of the 18 reviews written by Rotten Tomatoes’ “top critics” designated “Little Women” as rotten, and most gave it the highest rating possible. Even when you look at all 88 reviews catalogued by the site, only a handful are negative.

Here are some of the highlights from critic reviews of “Little Women,” which opens Christmas Day.

Lindsey Bahr, of the Associated Press, gave the film four stars out of four, calling it a “new classic” and praising director Greta Gerwig.

“There is a wild urgency to Greta Gerwig’s “Little Women” that hardly seems possible for a film based on a 150-year-old book. But such is the magic of combining Louisa May Alcott’s enduring story of those four sisters with Gerwig’s deliciously feisty, evocative and clear-eyed storytelling that makes this “Little Women” a new classic.”

Caryn James, of BBC, gave “Little Women” five stars out of five, calling it a “triumph” and writing that it is “on its way to becoming a classic.”

“Greta Gerwig’s wonderous adaptation cuts through the novel’s moralistic surface to mine the themes beneath: feminism, creativity, independence and individuality. Without sacrificing any of the story’s period charm or authenticity, she adds a contemporary feel that can appeal to the book’s devoted fans and its sceptics alike. The performances are dynamic, notably those by Saoirse Ronan as the fiery Jo, Florence Pugh as the underestimated Amy, and Laura Dern as their wise mother, Marmee. And the film looks glorious. Wryly knowing and deeply emotional, it is a triumph.”

Michael Phillips, of the Chicago Tribune, gave the film four stars out of four, diving into the Tribune’s archives to pull a quote from the paper’s original blurb about Alcott’s 1868 novel to praise Gerwig and Ronan.

“I can’t afford to starve on praise,” Jo says at one point, faced with economic hardship and a writer’s dilemma: write from the heart and risk obscurity, or write for the tastes and whims of the Dashwoods of the world, and risk one’s soul? The line comes from Alcott’s own writings, not from “Little Women.” But it makes perfect sense in this version, and Ronan bites off such lines with sincere, unaffected alacrity. I doubt Gerwig read the 1868 Tribune classifieds, but her film is, in fact, fresh, sparkling, natural and full of soul.”

The Guardian’s Peter Bradshaw gave “Little Women” five stars out of five, praising Gerwig’s ability to reshape Alcott’s 1868 classic for modern audiences while sacrificing none of the novel’s heart.

“There’s nothing little about Greta Gerwig’s rich, warm, bustlingly populated and passionately devoted new tribute to Louisa May Alcott’s classic novel of sisterhood. She revives ‘Little Women’ as a coming-of-age movie, a marriage comedy, a sibling-rivalry drama — and perhaps most interestingly of all, an autofictional manifesto for writing your own life.”

Katie Rife, of The AV Club, gave “Little Women” an A, writing that Gerwig’s formal and directorial touches give the film a modern feel while retaining all of the hallmarks of the classic novel.

“Little Women is the best kind of Hollywood film: thoughtful yet escapist, sophisticated yet accessible, expertly crafted and deeply felt. The performances are all top notch — Ronan and Pugh, especially, breathe new life into their characters. Gerwig’s direction is also first rate, using symbolism and composition to reinforce the emotional arcs of the material. The film tweaks the structure of a well-known and beloved story and modernizes it with light meta touches, all while staying true to its old-fashioned belief in the virtues of kindness and selflessness. It’s a living, breathing, vibrant work of art, one that’s as bittersweet as life itself.”

Brian Orndorf, of Bluray.com, criticized Gerwig’s decision to jump backwards and forwards in time in order to tell the story of  “Little Women,” on film, writing that the frequent leaps undercut the emotional weight of certain scenes that were significantly more powerful in Alcott’s book and previous film adaptations.

“‘Little Women’ is filled with sterile moments that, in Alcott’s book and other film adaptations, carried significant emotional weight. The reader/viewer was allowed to grow with the characters, getting to understand their wants and needs as they experienced numerous social and familial challenges. Gerwig ignores such development, and only those previously exposed to Alcott’s world will be able to follow the erratic time jumps, which limit characterization and destroy much of the heartache and household camaraderie that’s helped to sustain the original book for 150 years.” 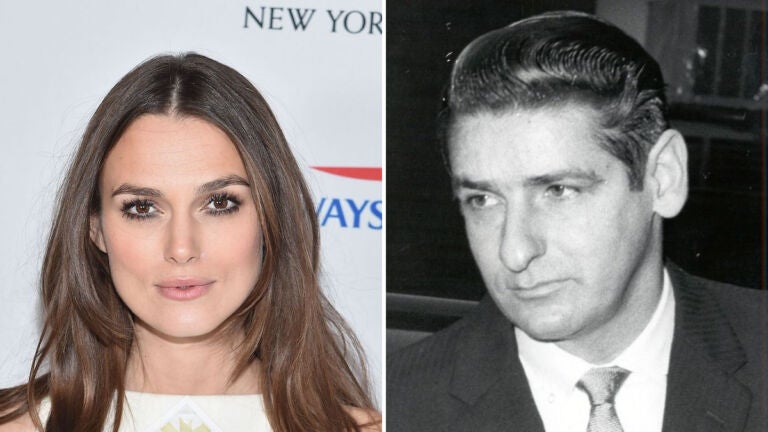