Each winter, it seems like a barely a weekend goes by without some sort of awards show chronicling the year in movies. Between the Golden Globes, Independent Spirit Awards, Gotham Awards, Screen Actors Guild Awards, and year-end awards from critic groups all across the United States, it’s a non-stop coronation for the year’s top films. But the unquestioned leader of them all is the Oscars, which will be held on Sunday, Feb. 9, at the Dolby Theatre in Los Angeles and broadcast on ABC starting at 8 p.m. In a nonstop parade of acceptance speeches and red carpet fashions, the Academy Awards still reigns supreme after more than nine decades of doling out statues.

For the average filmgoer, the Oscar nominations, which will be announced on Monday, Jan. 13, are a helpful guide to some of the movies worth catching up on during the colder months. For those looking to get a jumpstart on some of the awards hopefuls, we put together a guide to films with local ties and their odds of scoring Golden Globes or Academy Awards nominations, according to the experts at awards predictions site Gold Derby.

Plot: Based on Louisa May Alcott’s 1868 novel, “Little Women” is the heartwarming tale of the four March sisters — Meg (Emma Watson of “Harry Potter” fame), Jo (Saoirse Ronan, “Lady Bird”), Amy (Florence Pugh, “Midsommar”), and Beth (Eliza Scanlen, “Sharp Objects”) — who live in a cramped house Alcott loosely based on her own home in Concord. The sisters face pressure to marry well, though each has her own ambitions aside from finding a suitable husband. The movie was big news around Massachusetts in 2018 and parts of 2019, with actors in period-appropriate attire popping up all over the state.

“Once Upon a Time… in Hollywood”

Plot: Quentin Tarantino brings back two of his former stars in Leonardo DiCaprio (“Django Unchained”) and Brad Pitt (“Inglourious Basterds”) for “Once Upon a Time… in Hollywood,” which centers around a ’60s TV star (DiCaprio) and his stunt double (Pitt) trying to make sense of a rapidly changing Hollywood in the summer of 1969. The film also features Margot Robbie (“I, Tonya”) as Sharon Tate, an actress who was murdered by followers of Charles Manson, and a large ensemble cast that includes Springfield native Kurt Russell (“The Hateful Eight”) and Boston native James Remar (“Dexter”).

Nomination Odds: Fantastic. Hollywood loves movies about showbiz — “The Artist,” “La La Land,” and “Birdman” are a few of the recent Best Picture-nominated examples — and the Academy will likely rain accolades on Tarantino and his film. Gold Derby gives the movie second-best odds for Best Picture and Best Director nominations, as well as third-best odds for Best Actor (DiCaprio) and top odds for Best Supporting Actor (Pitt). Gold Derby also gives “Once Upon a Time” top-five odds in Original Screenplay, Cinematography, Costume Design, Makeup and Hairstyling, Film Editing, and Production Design, which could leave the film as one of the most-nominated titles heading into the Feb. 9 ceremony.

Nomination Odds: Fantastic for J. Lo, but not great for much else. Lopez steals the film from Wu’s protagonist, and she has the second-best odds of landing a Best Supporting Actress nomination. But the screenplay adapted from Pressler’s work only has the 11th-best odds, and “Hustlers” fails to crack the top 10 in any other category.

Nomination Odds: So-so for major nominations and solid for smaller nods. Despite winning last year’s Best Actor award for “Vice,” Bale may be on the outside looking in this year, with Gold Derby giving him the sixth-best odds in a five-man category. In a stacked race with the likes of Robert De Niro (“The Irishman”), Adam Driver (“Marriage Story”), Leonardo DiCaprio (“Once Upon a Time in Hollywood”), and Joaquin Phoenix (“Joker”) the leading candidates to land nominations, Bale is fighting with actors like Taron Egerton (“Rocketman”), Eddie Murphy (“Dolemite Is My Name”), and Adam Sandler (“Uncut Gems”) for the final spot. Gold Derby also gives the film ninth-best odds to land a Best Picture nomination, which puts it right on the edge. Gold Derby does give “Ford v Ferrari” top-five odds in Film Editing, Sound Editing, and Sound Mixing.

“A Beautiful Day in the Neighborhood”

Plot: When cynical journalist Lloyd Vogel (Matthew Rhys, “The Americans”) is assigned to write a magazine profile of Mr. Rogers (Tom Hanks), the interviewer quickly becomes the interviewee, as the TV personality slowly helps Vogel begin to recognize long-simmering issues with his wife (Susan Kelechi Watson, “This Is Us”), father (Kingston resident Chris Cooper, “Adaptation”), and himself.

Plot: A retelling of how Fox News magnate Roger Ailes was taken down by a group of women at the cable news network, “Bombshell” is led by Charlize Theron (“Monster”), Nicole Kidman (“Moulin Rouge!”), and Margot Robbie (Once Upon a Time… in Hollywood”) playing Megyn Kelly, Gretchen Carlson, and fictional associate producer Kayla Pospisil, respectively. The large ensemble cast also includes familiar faces like Kate McKinnon (“Saturday Night Live”), Allison Janney (“The West Wing”), and Marblehead native Rob Delaney (“Catastrophe”) as a producer who recognizes the chaos that’s about to unfold at the network.

Nomination Odds: Solid. Gold Derby gives Theron second-best odds to land a Best Actress nomination, Robbie third-best odds for a Supporting Actress nod, and the film top odds in the Makeup and Hairstyling category. The film is right on the edge of the Best Picture category, with Gold Derby giving it 10th-best odds in a category that can accommodate 10 movies, but typically only features eight or nine. (The last time the Academy nominated 10 movies for Best Picture was 2010.)

Plot: Manhattan jeweler Howard Ratner (longtime New Hampshire resident Adam Sandler) is always in search of his next big score. As he juggles unpaid debts — and the goons hired to make sure he pays them — an impending divorce, and a crippling gambling addiction, Ratner has his eyes on the prize: a rare uncut black opal he hopes to sell to former Boston Celtics power forward Kevin Garnett, who plays himself. (The movie takes place in 2012 during the Eastern Conference Semifinals series between the Celtics and Philadelphia 76ers.)

Nomination Odds: The kind of odds Ratner would bet on (read: a long shot). Sandler has received high praise for his frenetic performance, but Gold Derby gives Sandler only the 10th-best odds in a crowded Best Actor field, and sibling directing duo Josh and Benny Safdie 11th-best odds for Best Director. (If the category existed, KG would be a shoo-in for a Best Athlete Turned Actor nod, though.)

Plot: After the patriarch of a wealthy family (Christopher Plummer, “Beginners”) drops dead, detective Benoit Blanc (Daniel Craig, “Spectre”) stages an investigation at the family’s Boston-area mansion, interrogating friends, relatives, and others who were on hand the night of the death. The movie, which was filmed in Massachusetts in fall 2018, features a deep cast of suspects, including Sudbury native Chris Evans (“Captain America”), Toni Collette (“Little Miss Sunshine”), Michael Shannon (“The Shape of Water”), and Ana de Armas (“Blade Runner 2049”).

Nomination Odds: Not great. Despite three major Golden Globes nominations, Gold Derby has “Knives Out” on the outside looking in for most categories. The site gives the film its best chances for Best Picture (14th-best odds) and Original Screenplay (sixth-best odds). Beyond that, “Knives Out” is a long shot, with odds dipping into the teens and twenties for Best Actor (Craig, 18th), Best Actress (de Armas, 20th), Supporting Actor (Evans, 19th), and Supporting Actress (Collette, 22nd).

Nomination Odds: Low. Thompson landed a Golden Globe nomination for her performance, but Gold Derby only gives the actress ninth-best odds in the Best Actress category. Beyond that, “Late Night” isn’t in the top 25 for any nominations. 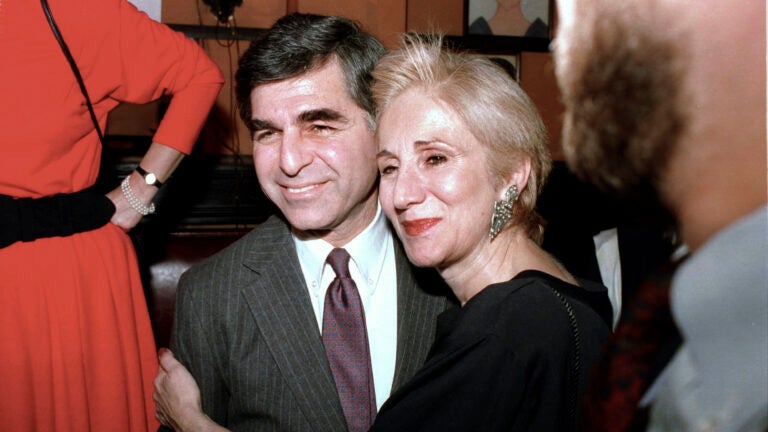