Aerosmith rocked the 2020 Grammys on Sunday with a performance of their classic hit “Walk This Way” alongside Run-DMC.

The evening concluded a weekend of honors for the Boston band, which is celebrating its 50th year of making music this year. On Friday, the group headed to the MusiCares Gala, where they were honored by the Recording Academy — the same group that runs the Grammys — as the 2020 “Person of the Year.”

After performing a shortened version of “Livin’ on the Edge,” Aerosmith launched into “Walk This Way,” a top-10 hit for the group in 1975. After a few moments, Aerosmith paused to welcome Run-DMC, who gave “Walk This Way” a second life in 1986 when they covered it for their album “Raising Hell.”

Here are some of the best photos from the performance.

Joe Perry of Aerosmith at the 62nd Annual GRAMMY Awards.

Steven Tyler and Lizzo are seen in the audience as he performs at the 62nd annual Grammy Awards.

Steven Tyler and Joe Perry of Aerosmith, and Joseph Simmons and Darryl McDaniels of Run-DMC.

Joseph Simmons and Darryl McDaniels of Run-DMC and Joe Perry of Aerosmith.

Steven Tyler and Joe Perry of Aerosmith, and Joseph Simmons and Darryl McDaniels of Run-DMC. 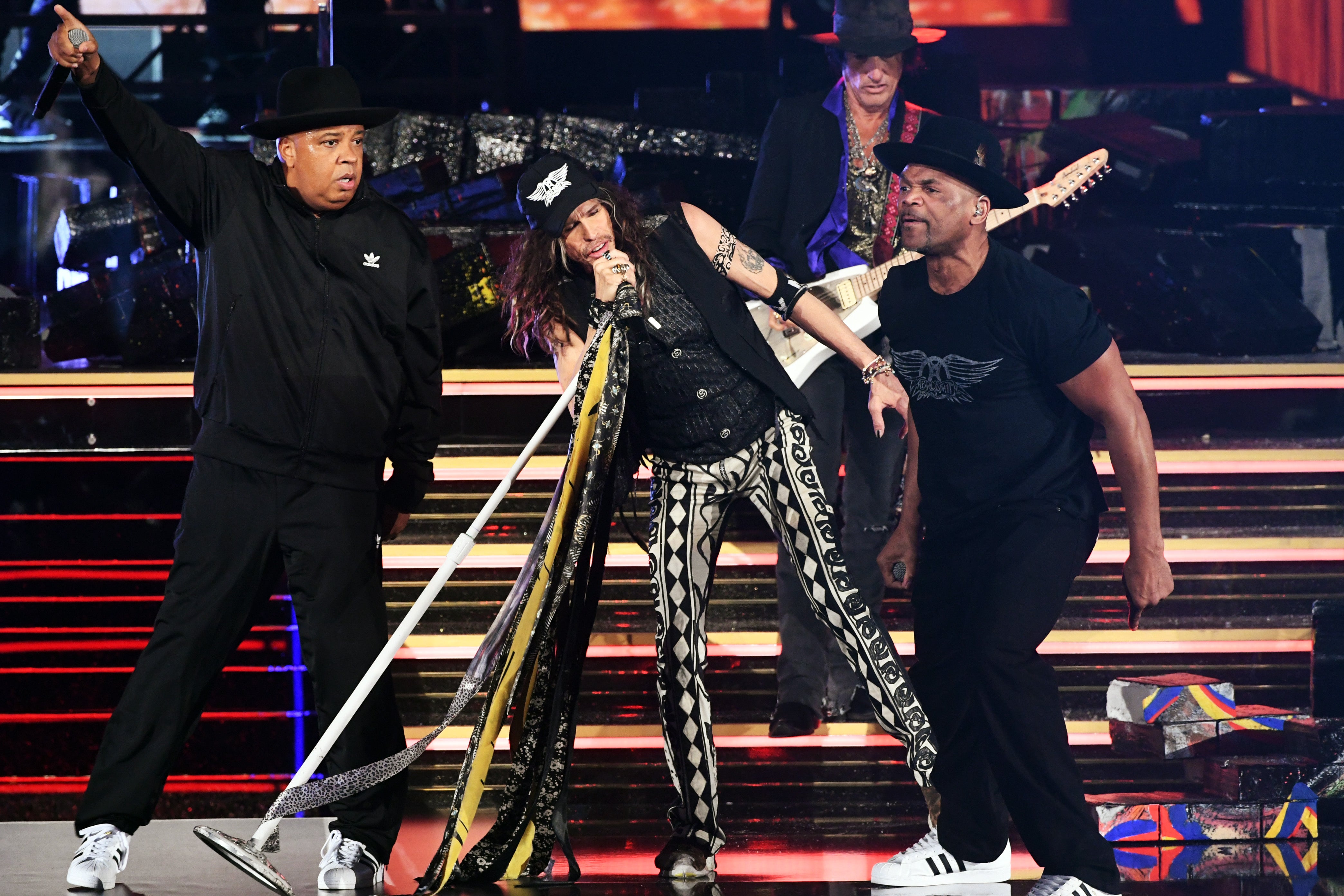