If you’re looking for an edge on your office Oscar pool before the 92nd Academy Awards this Sunday on ABC at 8 p.m., there are three things you should know: the favorites win the majority of the time, the guilds representing the various branches of Academy voters usually know best, and no one truly knows what’s going on with the Best Picture category.

Since expanding the field to up to 10 movies for the 82nd Academy Awards in 2009, the Academy Award for Best Picture has become significantly harder to predict. Unlike the other 23 awards, the Academy also began using ranked choice voting to determine the Best Picture winner in 2009, with voters able to list up to five of the nominees in order of preference. That’s led to some surprising wins in recent years, from “Spotlight” besting “The Revenant” to the chaos that ensued when “Moonlight” upset runaway favorite “La La Land.”

This year, it feels like a two-movie race between “1917” and “Parasite,” with both movies winning a number of the earlier awards that typically bode well for Best Picture nominees. But because awards balloting is secret, we can only make educated guesses on the movies that consistently finished second or third during awards season, which could indicate a dark horse candidate on a ranked choice ballot.

To help you make sense of this year’s Academy Awards — as well as give you some of my own personal picks as Boston.com’s chief movie scribe — here are my thoughts on the biggest categories at the 2020 Oscars, including who I think will win, who I wish would win, and who was snubbed of a deserving nomination.

Joaquin Phoenix in a scene from “Joker.”

In my personal ranking of the Best Picture nominees, “Joker” is on the lower half of the list. It’s repetitive, reductive, and offers trite social commentary you might hear from a nihilistic freshman philosophy major or your least favorite friend on Facebook. None of that is the fault of Phoenix, however, who pours every ounce of himself into tormented clown Arthur Fleck. If “Joker” wins just one of the 11 awards for which it’s nominated, it should be for Phoenix’s performance. And based on his sweep of the four awards traditionally most relevant to the Oscar acting categories (Screen Actors Guild, Critics’ Choice, Golden Globes, British Academy Film Awards), it’s Phoenix’s race to lose. Consider this a makeup award for an actor who remains Oscar-less despite deserving performances in movies like “Her,” “The Master,” “You Were Never Really Here,” “Inherent Vice,” and “Walk the Line.”

In a strong group of nominees, I still wish the Academy had found a way to nominate Adam Sandler for his outsized performance as Manhattan jeweler Howard Ratner in “Uncut Gems.” Even as you cringe with each ruinous life decision Ratner makes, you can’t look away from Sandler, who hits a career high in the Safdie Brothers film.

In another stacked category with no weak links to speak of, Renée Zellweger’s take on Judy Garland at the end of her career in “Judy” is this year’s rightful frontrunner. Zellweger, who like Phoenix won every major award so far this winter, is utterly captivating from the moment she first appears on screen. She doesn’t shy away from the ugly truth of Garland’s final months, showing how the impulsive, needy, and unreliable screen star was left penniless and utterly broken by the Hollywood studio system that chewed her up and spit her out as a teenager.

Missing from the crop of nominees is Awkwafina, who was a revelation in “The Farewell.” As an aspiring young Chinese-American writer living in New York who must travel to China when her grandmother is diagnosed with cancer  — and then must accept her family’s decision not to inform her grandmother of said diagnosis — the actress is alternately defiant, heartbroken, and ultimately accepting as she copes with her grief.

Was Snubbed: Awkwafina (“The Farewell”)

Brad Pitt in “Once Upon a Time in Hollywood.”

Brad Pitt is less of a supporting actor in “Once Upon a Time in Hollywood” and more like a co-lead with Leonardo DiCaprio. That said, this is Pitt’s award to lose: he swept the aforementioned prerequisite awards, he’s never won an acting Oscar, and America will likely never tire of seeing him playing slight variations on his bemused and effortlessly cool persona. If I had my way, I would love to see Joe Pesci take this award for his uncharacteristically reserved performance in “The Irishman.” Instead of  leaning into the blisteringly angry energy he cultivated in films like “Goodfellas,” “Casino,” and even the “Home Alone” movies, he leaves the scene-chewing to his fellow nominee Al Pacino. As Pesci shuffles back into unofficial retirement, it would be nice to send him on his way with some hardware.

Speaking of scene-chewing, it would have been nice to see the Academy show some love to Daniel Craig hamming it up as detective Benoit Blanc in “Knives Out.” The British actor clearly relished every syllable of country-fried dialogue he was given in Rian Johnson’s film, adding yet another element of fun to this endlessly enjoyable whodunnit shot in Massachusetts.

Will Win: Brad Pitt (“Once Upon a Time in Hollywood”)

Should Win: Joe Pesci (“The Irishman”)

Was Snubbed: Daniel Craig (“Knives Out”) 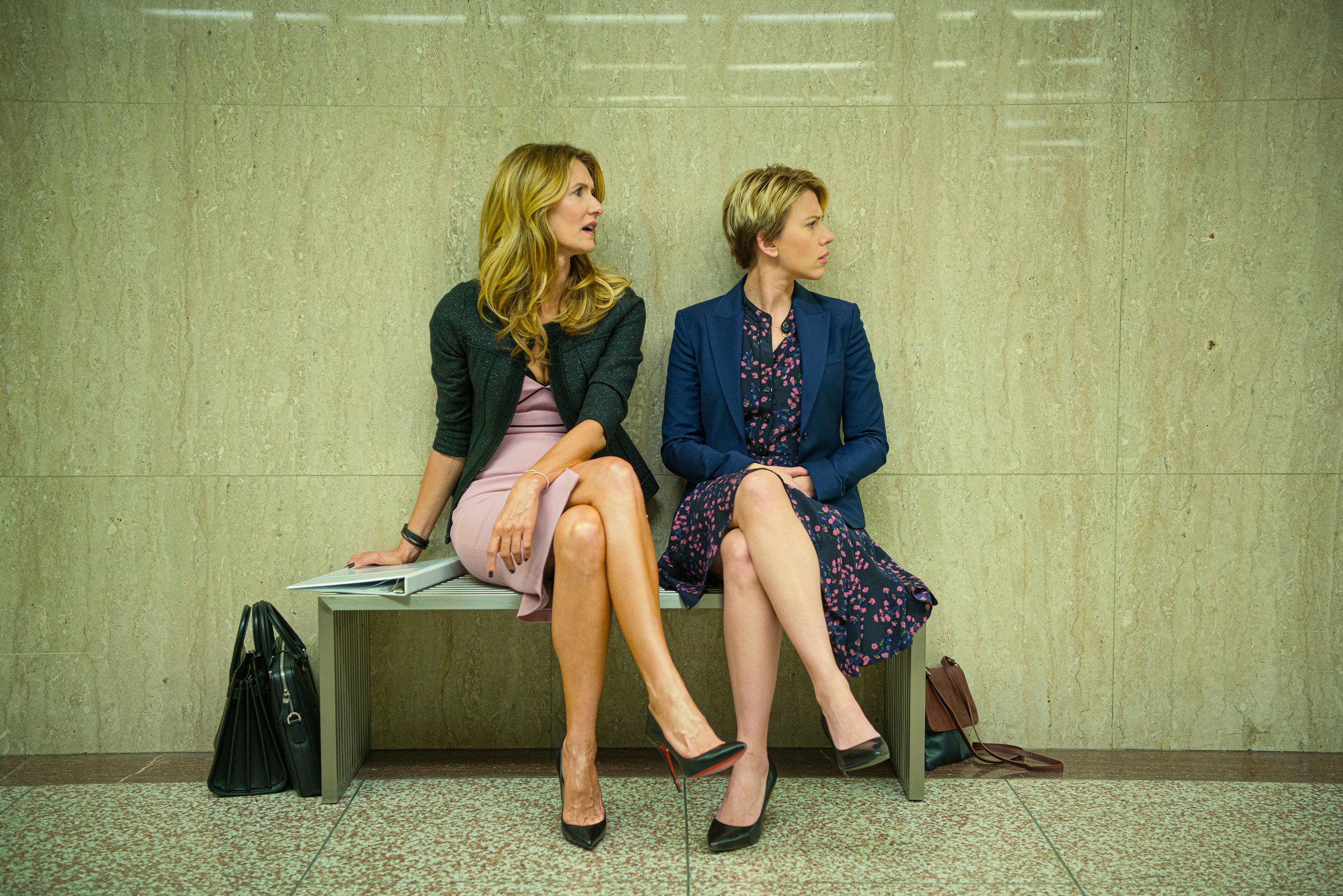 If the Supporting Actress Oscar covered a years’ worth of performances, Dern would be my pick based on the combined strength of her turns in “Marriage Story” and “Little Women.” And she’ll almost certainly win, as she swept the SAGs, Globes, BAFTAs, and CCAs just like the other three frontrunners. That said, my single favorite supporting actress performance this year came from Florence Pugh, for her covetous, cantankerous Amy March in “Little Women.” Saoirse Ronan’s Jo is rightfully the focus of the film, but Pugh ultimately steals the show.

Easily the most stunning snub when the nominations were announced last month was the lack of a nomination for Jennifer Lopez in “Hustlers.” The singer/actress completely outshines nominal lead actress Constance Wu in the strippers-gone-bad film, and earned nominations from the Globes, CCA, and SAG. What gives, Academy?

Part of me hopes that the Academy gives this to Scorsese, an all-time great director who faced a torrent of criticism for his assertion that superhero movies aren’t cinema and only has one Best Director Oscar to his name, for “The Departed.” The likely winner here is Mendes, who has taken home wins from the Directors Guild, Globes, and BAFTAs. For the Critics’ Choice directing award, Mendes tied with “Parasite” director Bong Joon-ho, who would get my (non-existent) Oscar vote. The South Korean filmmaker is a master of twisted class parables, and the number of shots that stick with you well after the credits roll in “Parasite” can’t be counted on two hands.

Or maybe I wouldn’t cast my hypothetical ballot at all, to protest the fact that Greta Gerwig’s incredible work on “Little Women” went unrecognized by the Academy. Gerwig somehow managed to make significant changes to Louisa May Alcott’s novel while still preserving the spirit of the book in every way. In a less-capable director’s hands, the narrative jumping back and forth in time could have been muddled and confusing. Gerwig not only made it work, but enhanced and refreshed a story that has been told many times before.

The four major awards for original screenplay were split between “Parasite” (Writers Guild Awards, BAFTA) and “Once Upon a Time in Hollywood” (Critics’ Choice, Golden Globes). When in doubt, it’s best to follow the lead of the Writers Guild in matters of screenwriting, so I suspect “Parasite” will pull this off. That said, I’m a sucker for a good mystery, and Rian Johnson’s “Knives Out” had me hooked from the first minute. What began as a simple line graph scrawled in Johnson’s Moleskine became a twisting narrative chock-full of punchlines and one-liners that had me leaving the theater positively giddy.

As for a movie that I wish had made the field, New Hampshire natives Robert and Max Eggers’ script for “The Lighthouse” reads like Herman Melville’s long-lost attempt at playwriting, with Willem Dafoe embodying the mad seafarer Captain Ahab in every line. (A24 was kind enough to post the script online, and it’s worth a read if you have the time.)

Should Win: “Knives Out” (Rian Johnson) 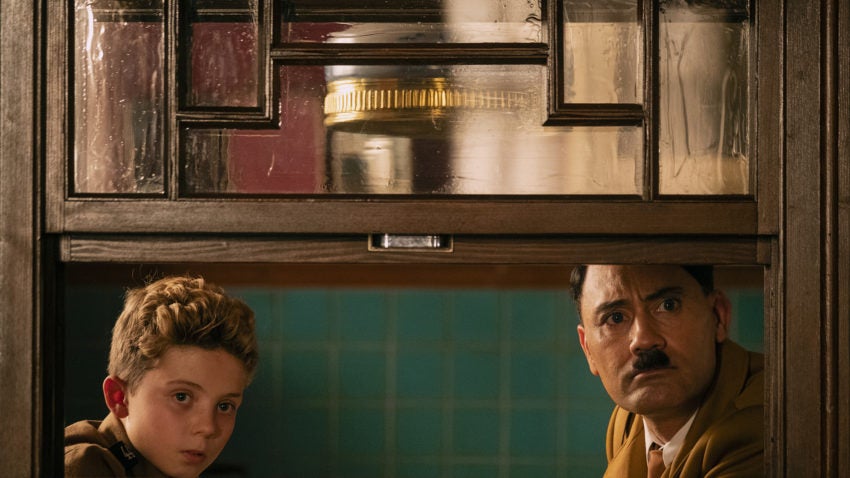 In case you couldn’t tell from the preceding paragraphs, I adored “Little Women,” which has a fighting chance in this category thanks to winning two significant screenwriting awards (Critics’ Choice, USC Scripter Awards) this season. The other two have gone to “Jojo Rabbit” (WGA, BAFTA), the Hitler youth dramedy from New Zealand writer-director Taika Waititi, who also plays the film’s imaginary Führer. The WGA is usually the strongest indicator of Oscar success, so I suspect the Academy will favor “Jojo” over “Little Women,” unfortunately.

I’m not sure any screenplay was truly “robbed” by being omitted from this category, but a sixth I wouldn’t have minded seeing was “A Beautiful Day in the Neighborhood.” Micah Fitzerman-Blue and Noah Harpster took what could have been a safe, by-the-numbers biopic of a beloved figure and tried something new, adding fourth-wall breaks and trippy dream sequences throughout. It doesn’t always work, but it is an admirable effort to shake up a staid genre.

Was Snubbed: “A Beautiful Day in the Neighborhood” (Micah Fitzerman-Blue, Noah Harpster)

Jo Yeo-jeong in a scene from “Parasite.”

Before dissecting this category, I’m going to stump once more for “The Farewell” as the movie most deserving of a Best Picture nod that didn’t receive one. The understated but powerful studio debut from Lulu Wang gave American viewers a window into a culture not well-represented in American film, but told a story that is universally resonant.

As noted above, Best Picture is widely seen as a two-film race between “1917” and “Parasite.” Sam Mendes’ World War I drama is the presumptive frontrunner after wins from the Producers Guild Awards, Golden Globes, and BAFTAs. But “Parasite” has also won its fair share, winning top prizes from the Screen Actors Guild and top foreign film awards from the Globes and BAFTAs.

Beyond their respective wins, both “1917” and “Parasite” have data points that support and detract from their chances. “Parasite” has won the top awards from the vast majority of critic groups, but of the 12 foreign language movies that have been nominated for Best Picture in the past, zero have taken home the trophy. “1917” has won nearly every award expected of Best Picture frontrunners, but it would also be the first Best Picture winner in 88 years to not receive any acting or editing nominations, joining 1932’s “Grand Hotel.”

Oddly, “Parasite” actually fits the profile of a ranked choice Best Picture winner better than “1917” in terms of box office. Since 2009, only “Argo” and “The King’s Speech” grossed more than $100 million in domestic box office (DBO) among Best Picture winners. Every other winner in that timeframe except for “Green Book” ranks among the 15 lowest-grossing Best Picture winners of all time, adjusted for inflation. That would seem to favor “Parasite” ($33.2 million DBO) over “1917” ($121.5 million).

“Parasite” was my favorite movie of 2019, so I will be over the moon if it wins the top award. But “1917” has so much going for it, I find it hard to bet against. I’ve changed my pick four times now, and would probably keep flip-flopping until the night of the ceremony if my editor let me hold off on publishing this article until 7:59 p.m. on Sunday. I’m a cynic at heart (aren’t most critics?), but I’m going to try to use positive thinking to manifest my desired reality: “Parasite” makes history with an upset win.

Was Snubbed: “The Farewell”