Chris Evans is in talks to join the cast of “Little Shop of Horrors,” with the Sudbury native slated to play sadistic dentist Orin Scrivello in a remake of the cult film and Broadway musical comedy to be directed by Greg Berlanti (“Love, Simon”), according to The Hollywood Reporter.

“Little Shop of Horrors” concerns Seymour, a meek florist’s assistant at Skid Row Florists who discovers a unique Venus flytrap-like plant that he names after his coworker crush, Audrey. Things begin looking up for Seymour as Audrey II attracts attention and business for the store, but he soon discovers that the plant requires human blood — and eventually, people — for nourishment.

Actor Billy Porter (“Pose”) has reportedly signed onto the dark comedy to voice Audrey II, while Taron Egerton (“Rocketman”) and Scarlett Johansson (“The Avengers”) are in talks to play Seymour and Audrey, respectively, according to The Hollywood Reporter. Evans, meanwhile would play Scrivello, Audrey’s abusive dentist boyfriend who delights in inflicting pain on his patients. In the 1986 film version of “Little Shop of Horrors,” the role of Scrivello was played by Steve Martin (“The Jerk”).

You’ll be able to see Evans next in “Defending Jacob,” the Apple TV+ series filmed in Massachusetts about an assistant district attorney (Evans) whose life changes when his 14-year-old son (Jaeden Martell, “It”) is accused of killing a classmate. The drama’s first episode debuts on the streaming platform April 24. 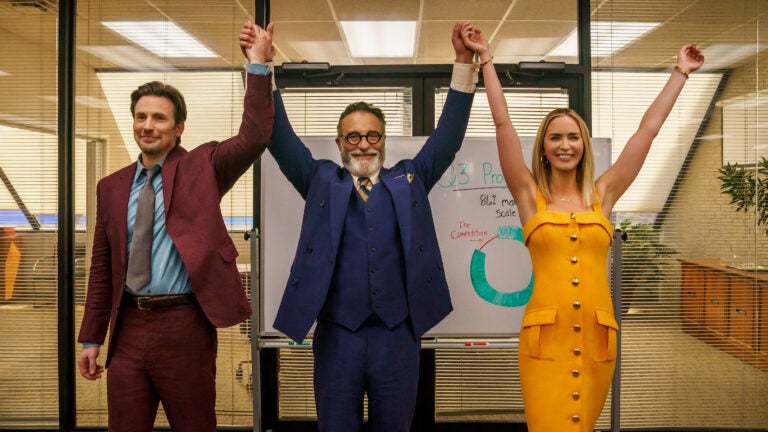