Based on a 2012 novel of the same name by local author William Landay, “Defending Jacob” is set in Newton and concerns assistant director attorney Andy Barber (Evans) whose whole life changes when his 14-year-old son Jacob (Jaeden Martell, “It”) is accused of killing a classmate.

As the trailer shows, the first instinct of Andy and his wife Laurie (Michelle Dockery, “Downtown Abbey”) is to dismiss the charges as baseless. But as evidence against Jacob begins to mount, Andy takes matters into his own hands.

“[We] can’t leave his fate up to the courtroom,” Evans’ character says, after the trailer shows him hiding a knife central to the case. “My only job now is protecting our son.”

While “Defending Jacob” wasn’t part of the initial launch of Apple TV+, the series has clearly been a priority for the company, with sources involved in the production suggesting that Apple “spared no expense” while filming. At least 29 Massachusetts towns and cities were used for filming the show in 2019, including Boston, Framingham, Lowell, Lynn, Malden, Medford, Newton, Salem, Waltham, and Worcester. Evans even dropped out of a planned lead role for the upcoming Antoine Fuqua movie “Infinite” due to scheduling conflicts with the show, with his role going to Mark Wahlberg. 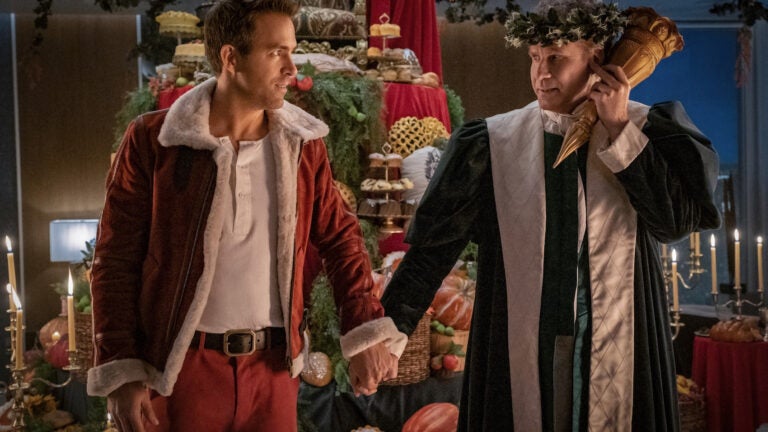 Ryan Reynolds, Will Ferrell make a ‘Spirited’ attempt at retelling a Christmas classic