John Oliver discussed the coronavirus again on the latest episode of “Last Week Tonight,” but he devoted the lion’s share of his show to One America News Network, described by Oliver as a “far right-wing, dirt-stupid” media organization that has quickly become favored by President Donald Trump.

Oliver highlighted how the upstart OAN has been repeatedly called on and praised by Trump during his coronavirus press conferences, and that when he has been unhappy with Fox News’ coverage of him in the past, he has said he turns to OAN “whenever possible.”

“The whole selling point of OAN is that they are Fox News with even less shame and even fewer scruples,” Oliver said.

Oliver said that given OAN’s relatively small size, some might be skeptical that they represent a significant problem in the media ecosystem. But after highlighting one anchor pushing a theory about COVID-19 being manufactured in a North Carolina lab, Oliver pointed out that even small outlets pushing false information can be dangerous, especially when said outlet is being boosted by the president.

“I know that it is easy to dismiss OAN as just a stupid, little-watched, borderline self-parody,” Oliver said. “The problem is, if we’re learning one thing right now, it’s that toxic things that start small can get big, fast, and it’s dangerous to ignore them. And right now, the president is putting a lot of energy into boosting OAN’s profile.” 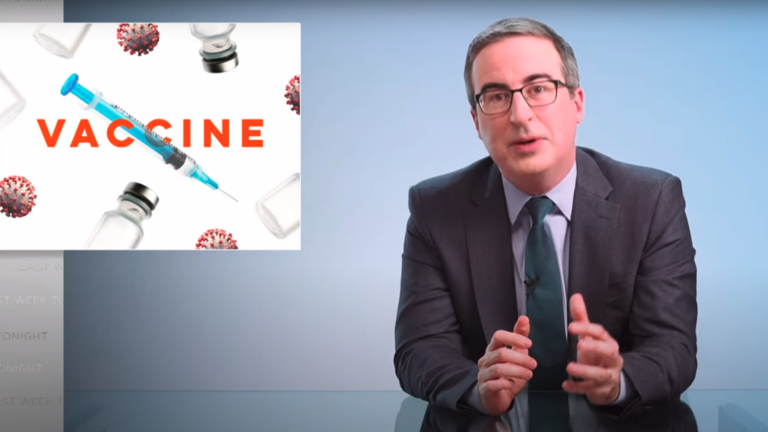