Boston’s annual Boston Pops Fireworks Spectacular was canceled this year due to the coronavirus pandemic, but the Pops will still offer patriotic music, fireworks, and more during “A Boston Pops Salute to Our Heroes,” a pre-recorded performance airing July 4 on TV, radio, and online.

The program, which will pay tribute to the front line workers and those who have lost their lives during the COVID-19 public health crisis, will include a mixture of new performances, “all-time favorite moments” from the past three years of celebrations, and “a retrospective fireworks extravaganza.”

“One of the positive things we have learned during the last few months is that even in the middle of a health crisis so many Americans are strong, resilient, helpful, and hopeful,” said Lockhart in a press release. “It has been absolutely inspiring to see our frontline workers show such extraordinary dedication to the well-being of others, with their amazing acts of sacrifice, generosity, support, and kindness, as well as the incredible skill and know-how they bring to every situation. We also think it is essential to address one of the most crucial/fundamental themes of our times—the truth that we must do better as a people to confront racism and achieve a just and equal society for everyone throughout our country.”

New performances will include a special virtual performance by Renese King, accompanied by Keith Lockhart on the piano, singing “Lift Every Voice and Sing” and “God Bless America.” Also new is “Over the Rainbow” by the Boston Pops viola section, Leroy Anderson’s “Bugler’s Holiday” by the Boston Symphony Orchestra’s trumpet section, and a special video message from General James C. McConville, a Quincy native and chief of staff of the U.S. Army. The program will also include the Boston Pops’ newly released music video “Summon the Heroes,” featuring a special musical and spoken introduction by John Williams.

Favorite performances from the past three years will be mixed in, by artists such Melissa Etheridge, Andy Grammer, Rhiannon Giddens, Arlo Guthrie, Queen Latifah, Leslie Odom, Jr., Rita Moreno, Brian Stokes Mitchell, and Amanda Gorman, the first youth poet laureate of the U.S. The program will also include performances of Tchaikovsky’s “1812 Overture,” “Stars and Stripes Forever,” and the annual patriotic sing-along, taken from broadcasts in 2017, 2018, and 2019.

The program will air on Bloomberg Television, Bloomberg Radio, and Boston’s WHDH-TV, on Saturday, July 4, starting at 8 p.m. 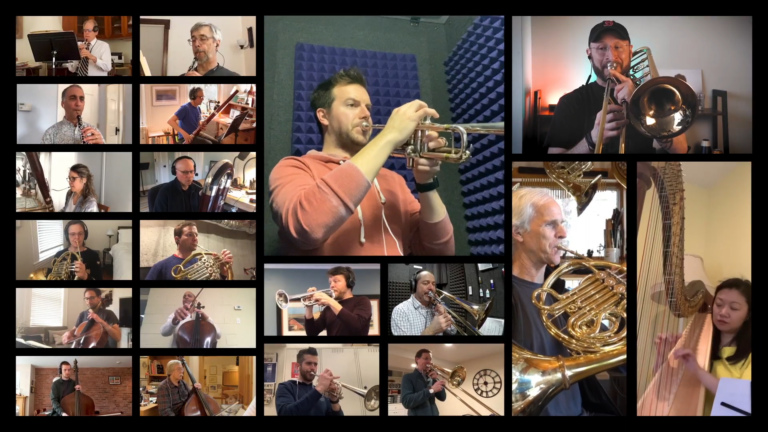