Boston’s popular Museum of Science reopened Sunday to the wider public with new restrictions to prevent spread of the coronavirus.

The museum, which reopened to members only earlier this week, is requiring all visitors to reserve tickets in advance, wear face masks and submit to a temperature check at the door.

Exhibits have also been modified to improve social distancing and interactive ones will be cleaned regularly, officials said. The museum reviewed all 600 of the exhibit components and adapted 150 of them in order to be able to reopen safely, according to the museum’s director of public relations, Carrie Nash.

Exhibits have been spread out to accommodate social distancing, and the Museum of Science will be allowing about a third of the number of visitors they would have had at any one time before the pandemic.

The wider opening comes nearly two weeks after the state moved into the third phase of its virus recovery plan, which allowed museums, art galleries and other public institutions to reopen.

Museum officials say they waited to reopen to come up with a plan to keep as many exhibits open as possible.

Here’s a look inside the newly reopened space. 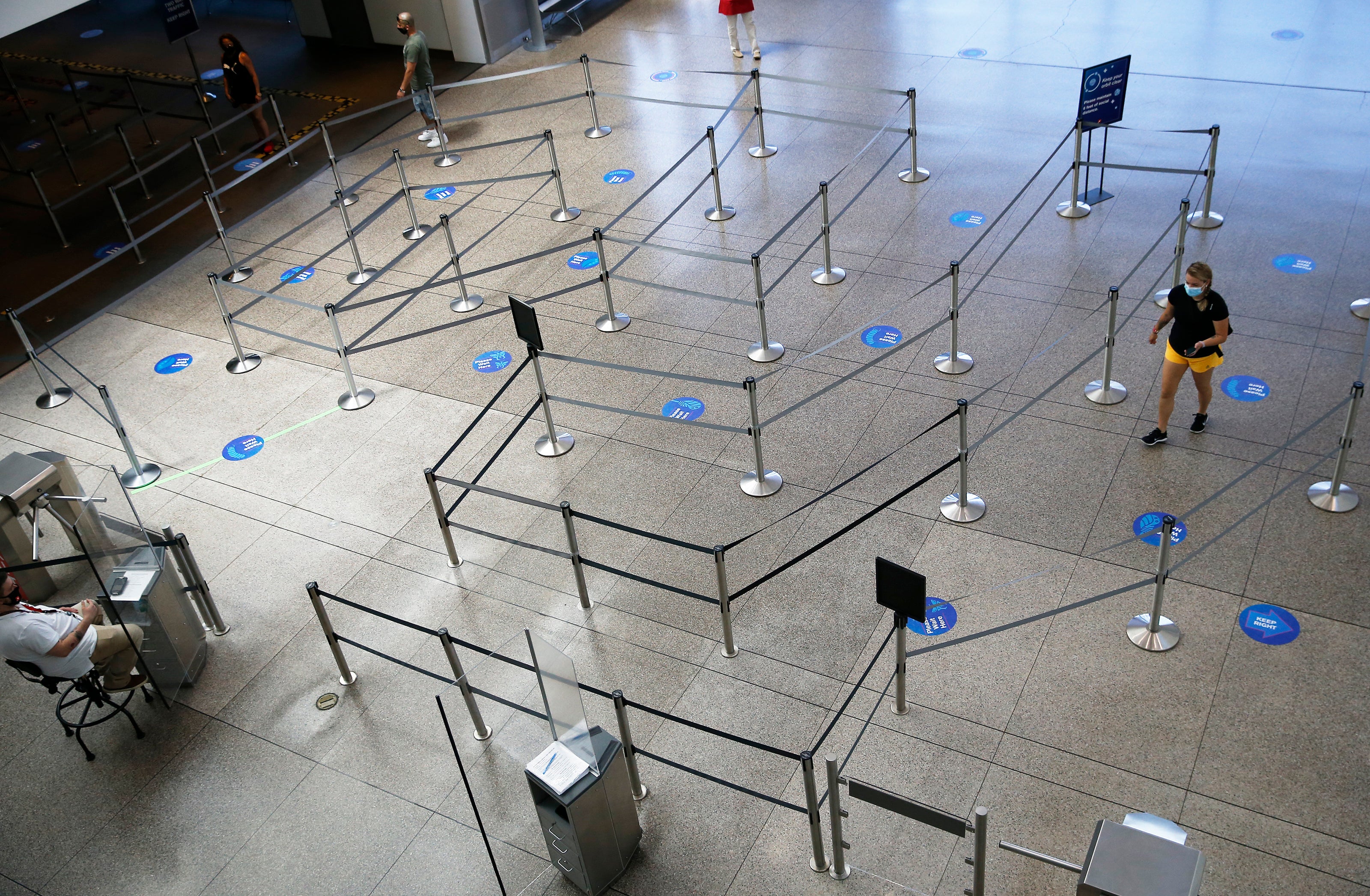 A visitor enters the Museum of Science on the first day it re-opened after closing down because of the COVID-19 pandemic. Freddy Pan, 4, right, and his sister, Aimee, 8, explore the hands-on exhibits in “The Science Behind Pixar” at the Museum of Science in Boston. The family was visiting the museum during Preview Days, a three-day event for museum members, before the museum reopened to the public on Sunday. 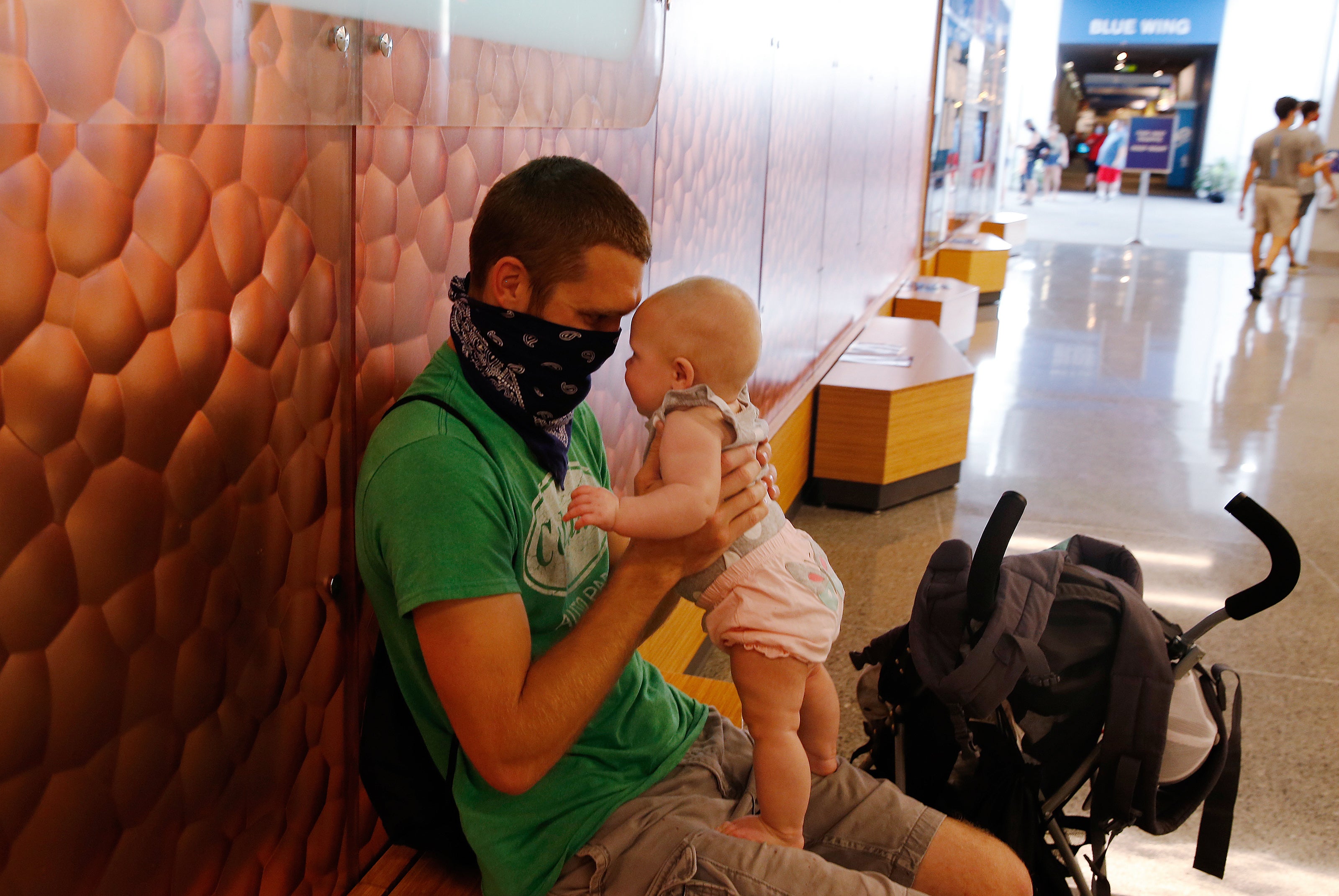 Joe Cotton of Michigan nuzzles his 6-month-old daughter, Cora, outside of an exhibit at the Museum of Science on its first day reopening after its pandemic-related closure. 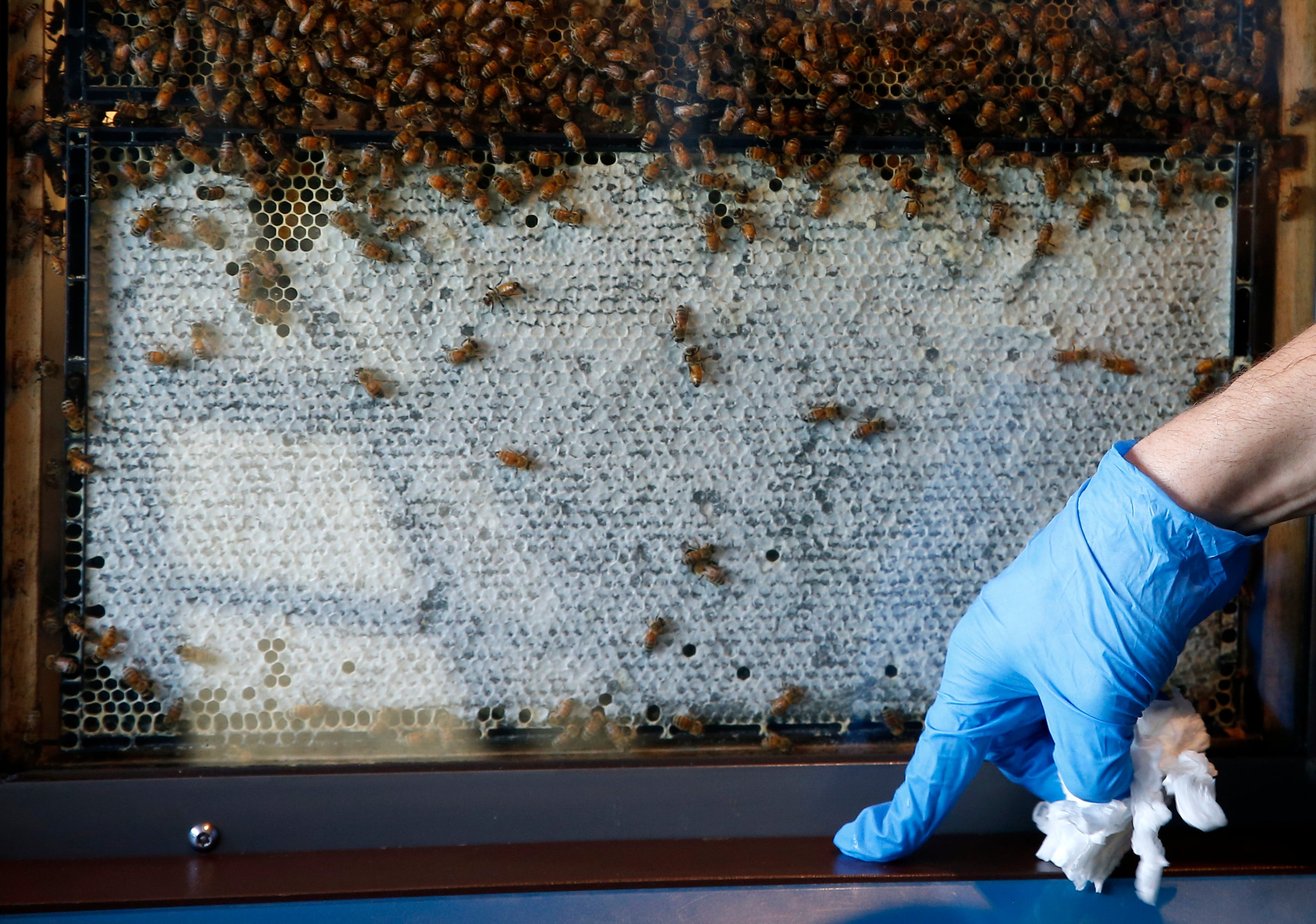 A Museum of Science employee cleans the outside of a bee exhibit as the museum re-opened Sunday. Freddy Pan, 4, interacts with the Particle Mirror at the newly reopened Museum of Science. 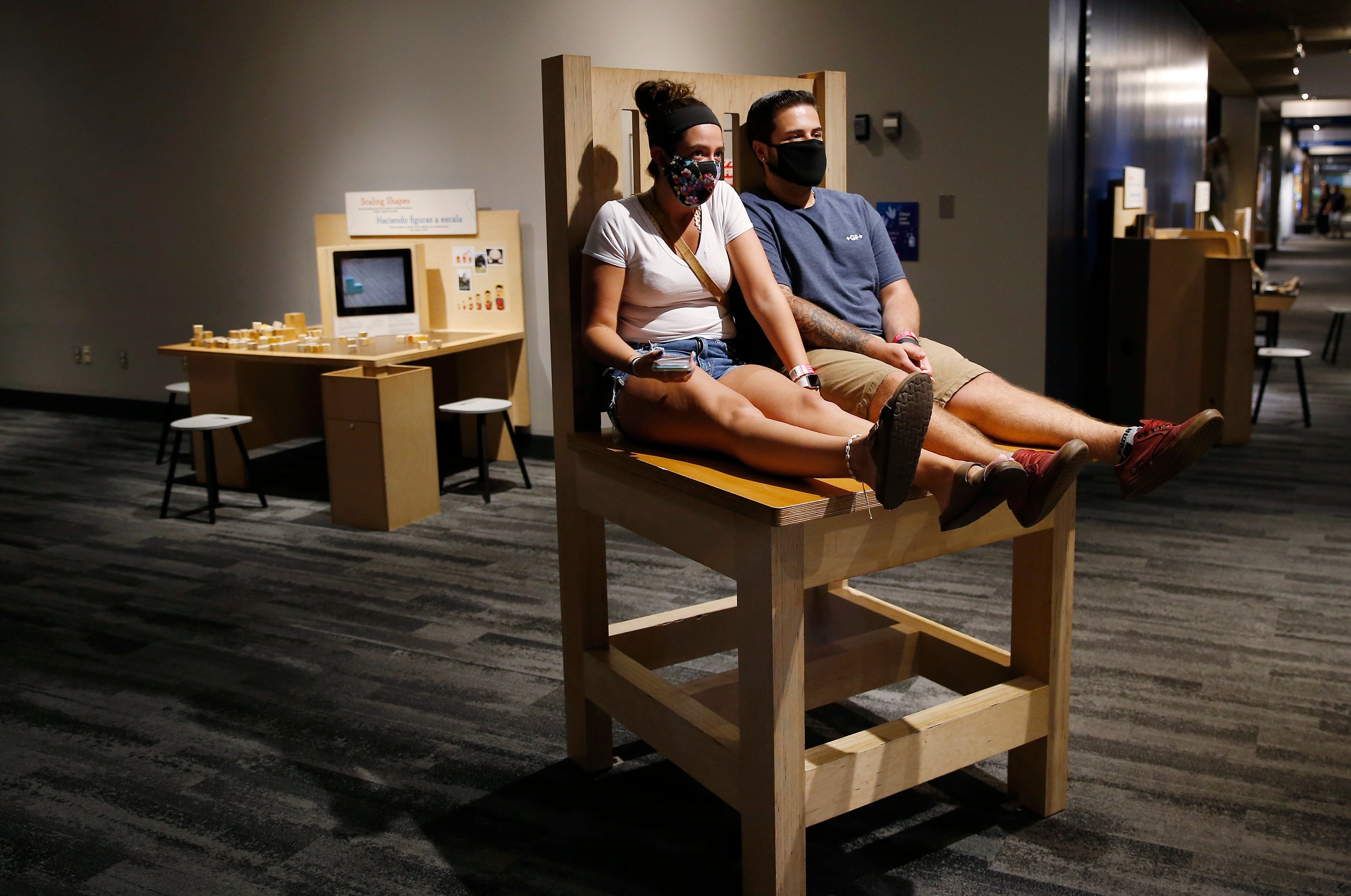 Jennifer Goulart and Gary Cota, both of Leominster, sit on a chair that’s part of an interactive display inside the Museum of Science on the first day it re-opened since closing down because of COVID-19. 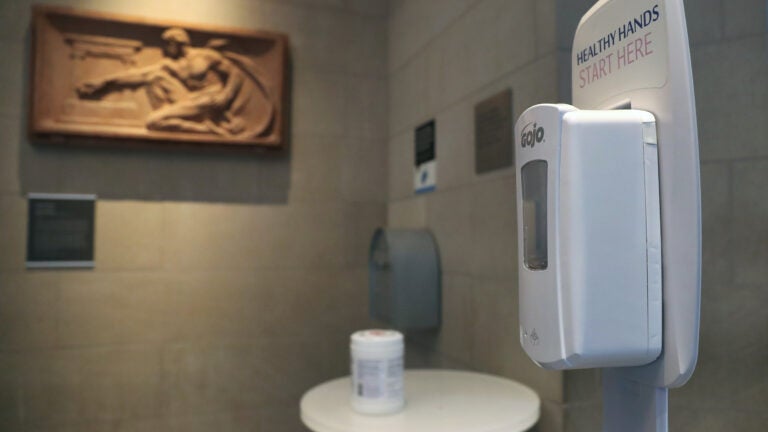