A consortium of “Jaws” superfans, shark conservationists, and key figures who worked on the 1975 blockbuster on Martha’s Vineyard have launched a crowdfunding campaign to build a replica of The Orca, the boat used in Steven Spielberg’s hit movie.

This time, however, The Orca won’t be used to hunt sharks, but to help save them.

The project, led by WGBH editor/colorist David Bigelow, hopes to transform a Nova Scotia-style lobster boat named the Lydia into the Orca III, which will be used for great white shark research and for educational tours on the waters of the Vineyard.

Bigelow’s love affair with “Jaws” began when he was cast as an extra in the film as a 5-year-old living in Oak Bluffs. His elementary school drama teacher, the late Lee Fierro (who played Mrs. Kintner in the film), convinced Bigelow and other classmates to come film a scene. Bigelow is one of the kids throwing a football in the water when Alex Kintner is killed by the titular shark.

Bigelow said that while he and other kids appeared scared on screen, they were more likely cold. His scene was filmed in May, meaning the ocean was frigid.

“I did that for six hours that day,” Bigelow said. “They had wool blankets and hot chocolate for us between takes. We had to wait for the fake blood to dissipate every time they staged a new shot, which took 45 minutes to an hour every time.”

Bigelow originally purchased the Lydia for use in “Making the Monster,” a six-part docudrama he hopes to make about the making of “Jaws” on Martha’s Vineyard. But with the continued proliferation of sharks in local waters, Bigelow decided the boat would be better suited for conservation, education, and research efforts.

Bigelow said he has spoken to shark researcher Greg Skomal — who Bigelow called a modern- day Matt Hooper, played by Richard Dreyfuss in “Jaws” — about the boat being used to tag great whites.

“Greg said the most important part for tagging great whites is having a pulpit that extends off the bow of the boat so that you can tag them easily from just overhead,” Bigelow said. “The Orca III will have a pulpit. To make it look like the Orca, a pulpit is completely necessary.”

Skomal said that it was somewhat surprising, given that “Jaws” is synonymous with Martha’s Vineyard, that the island has been the subject of relatively little shark research compared to Cape Cod.

“I want to get to know what’s happening around Martha’s Vineyard,” Skomal said in a video promoting the project. “I want to know, are white sharks going there? That’s an area that’s really been devoid of research, and that’s where we want to begin to focus our attention.”

Bigelow also sees the Orca III being used for tours, which will allow “Jaws” fans from around the world to learn more about the film and about sharks. He estimates the Orca III could be used for tours about 80 percent of the time, with free tours being offered to local school groups and charities.

“The need for education around sharks is really strong,” Bigelow said. “To avoid any further problems or fatalities with sharks, I think the boat could be a great focal point of interest.”

Bigelow will have two experts at the ready to help make the Orca III a reality: Joe Alves, the production designer for “Jaws,” and Chris Crawford, who transformed a boat called the Warlock into the original Orca back in 1974. During any scene in “Jaws” where the Orca was out at sea, Crawford was on board, out of sight, making sure it ran. Now, the Lydia is sitting in Crawford’s backyard, waiting for work to begin, while Alves will provide design expertise from California.

Bigelow and Co. are hoping to raise at least $150,000 through their crowdfunding campaign on Indiegogo, dubbed “Return of the Orca.” The funds would go toward labor costs for rebuilding the boat, as well as mooring, maintenance, winterization, insurance, and other overhead.

“As they say, ‘A boat is a hole in the water you throw money into,’” Bigelow said. “Everything about a boat is expensive.” 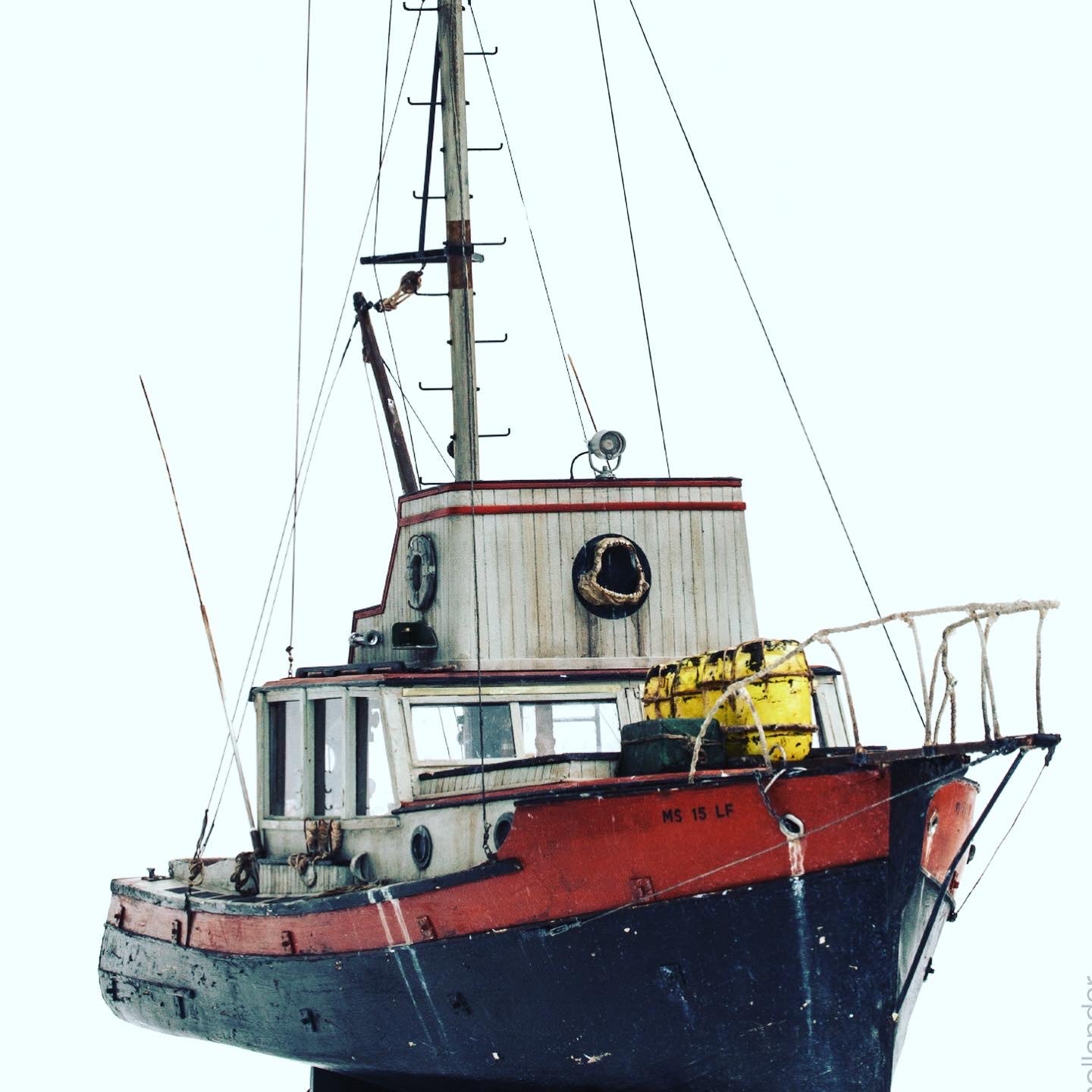 A mock-up of what Bigelow hopes the Orca III will look like.

Despite the steep costs, Bigelow believes strongly in the potential benefits of the project in terms of research and education.

Bigelow cited the work of late “Jaws” author Peter Benchley and his wife Wendy as an inspiration for the Orca III’s planned mission. For years, the late author was troubled by his book’s contribution to America’s fear of sharks, and he and Wendy dedicated their lives to shark conservation.

“‘Jaws’ was an enormous success, but people became very fearful of sharks,” Bigelow said. “Wendy has made it her mission for years to demystify sharks and turn back the clock on their demonization.”

In a statement posted to Return of the Orca’s website, Benchley praised Bigelow’s project.

“The return of the Orca is a celebration for the fans of Jaws as well as an exciting new resource in the pursuit of a greater understanding about our oceans and the life teeming in it,” Benchley said. “We are so happy that we can be a part of this exciting project.” 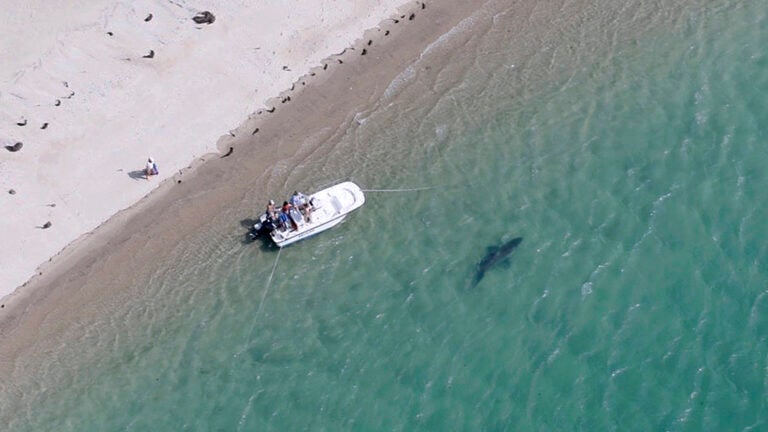 Heading down the Cape this summer? Here’s what to know about sharks in Cape Cod waters.