Movie theaters have been allowed to reopen in Massachusetts since the beginning of Phase 3 of Gov. Charlie Baker’s reopening plan on July 6. Yet until this week, only a handful had decided to do so, given the lack of new releases and the strict cap of 25 people per theater.

That changed this week when AMC, the nation’s largest theater chain, reopened nine of its theaters in Massachusetts for business on Aug. 20. The company initially announced that AMC Assembly Row in Somerville would also open, but the city’s indefinite postponement of Phase 3 means the theater will remain closed for now.

The theater chain wooed theatergoers back with 15-cent tickets for classic films like “Back to the Future” and “The Goonies,” which seemed to be a success: A check of the nine theaters’ websites on Wednesday and Thursday found that almost all of the promotional screenings were sold out.

Theaters won’t have to solely rely on old films going forward, either: A handful of new movies are making their way to theaters, including Christopher Nolan’s time-bending blockbuster “Tenet” and “The New Mutants,” a Marvel movie filmed in Massachusetts.

Nevertheless, questions still remain about whether audiences will feel safe returning to theaters this summer, and whether cinemas can be profitable during the coronavirus pandemic.

For David Bramante, the owner of West Newton Cinema, which reopened its doors on July 17, the state’s 25-person limit hasn’t been a problem.

“If I could get 25 people in a theater, that would be great right now,” Bramante said.

Here’s everything you need to know about movie theaters reopening in Massachusetts.

What new rules will movie theaters have due to the coronavirus?

Similar to other businesses allowed to reopen during Phase 3 in Massachusetts, movie theaters will either have a capacity of 25 people per single enclosed space or 40 percent of its normal capacity, whichever is smaller. Food and drinks must be pre-packaged, and refills will not be available.

On its website, AMC says it prefers credit or debit cards for all transactions. Theaters will also have marked pathways to promote social distancing. Disinfectant protocols are in place for after each showing.

Will theatergoers have to wear a mask the whole time?

The state’s guidelines broadly require both customers and staff to wear face coverings. On AMC’s website, the company says masks must be worn in the theater, but “may be removed to enjoy food and drinks.”

The theater chain will also not allow neck gaiters, open-chin bandanas and masks with vents or exhalation valves as acceptable face coverings. If you arrive without an approved mask, AMC will have them on sale for $1.

Left unsaid in AMC’s  8-minute “Safe and Clean” reopening video and extensive coronavirus FAQ section on its website is whether employees will enforce mask-wearing inside the theaters. (AMC did not respond to a request for comment at the time of this article’s publication.)

Brattle Theatre executive director Ivy Moylan, who has not reopened the theater for customers yet, said they plan to hold introductions before each screening to emphasize the importance of mask-wearing.

“We’ll clarify that mask-wearing is part of how we’ll be able to stay open,” Moylan said. “We need compliance from our customers in order to do that.”

People headed into AMC Boston Common on Thursday, the first day of the theater’s reopening.

How will seating work?

AMC and other theaters will use online reservation systems to make sure that certain seats are blocked off and cannot be purchased. Most theaters will close off entire rows. Coolidge Corner Theatre executive director Katherine Tallman, who has not reopened the theater for customers yet beyond private rentals, said workers have marked off seats with orange straps that will prevent people from sitting in them.

Is going to a movie theater safe during the coronavirus pandemic?

By and large, experts in epidemiology and infectious diseases caution against going to movie theaters right now.

Dr. Anne W. Rimoin, professor of epidemiology and director of the Center For Global And Immigrant Health at the University Of California, Los Angeles, told the AV Club that beyond renting out an entire theater, “there is no scenario in which going to a movie theater is a good idea.”

Epidemiologist and CNN contributor Dr. Abdul El-Sayed echoed Rimoin’s sentiments, telling the A.V. Club that going to a movie is “just about the last thing I’d do right now.”

“From what we understand, the virus is transmitted through aerosolized droplets that come out of our mouths, oftentimes when we talk or when we laugh or when we sing,” El-Sayed said. “And so, being in a room for two hours with a bunch of folks who are laughing at a movie, and where air is not being circulated in an efficient way, and where you don’t know who has been in there before you, that’s really hazardous exposure. I just don’t think it’s worth it.”

What movies will be playing?

Until now, most movie theaters that have reopened nationwide have had to rely on the appeal of popular films from previous years. That will change this weekend with the opening of “Unhinged,” a revenge thriller starring Russell Crowe as a man who takes a road rage incident too far.

Other movies that would have normally remained on the indie circuit are getting wider releases as well, like “The Burnt Orange Heresy,” an art drama featuring Rolling Stones frontman Mick Jagger in his first major role in decades, and “Tesla,” a biopic starring Ethan Hawke (“Training Day”) as famed inventor Nikola Tesla.

Next weekend marks the arrival of “The New Mutants,” a Marvel movie filmed in Massachusetts starring Maisie Williams (“Game of Thrones”). The movie, which contains many horror elements and was primarily filmed at the now-closed Medfield State Hospital, has earned a reputation of being “cursed” due to numerous production delays.

The biggest upcoming title, however, is Christopher Nolan’s “Tenet,” a time-bending blockbuster starring John David Washington (“BlacKkKlansman”) and Robert Pattinson (“Twilight”) set to open on Sept. 3. Given Nolan’s tendency to make films best experienced in theaters (“Inception,” “Dunkirk,” “Interstellar”) and the film’s $200 million budget, Warner Bros. is hoping “Tenet” will draw crowds. Theaters will prime audiences for “Tenet” by showing Nolan’s “Inception” in the weeks prior to its release.

Which movie theaters in Massachusetts are open?

Even before AMC reopened its theaters this weekend, some independent theaters have already resumed business. West Newton Cinema, for example, reopened in mid-July. Other theaters, including chains like Regal Cinemas and independent theaters like the Brattle, will remain closed for now as they try to figure out whether they can safely reopen while still generating sufficient revenue.

Here are a few of the notable cinema companies in the Boston area that have announced reopening plans. If you’re looking for specific information on one of the state’s 100-plus theaters, your best bet is to call them directly. 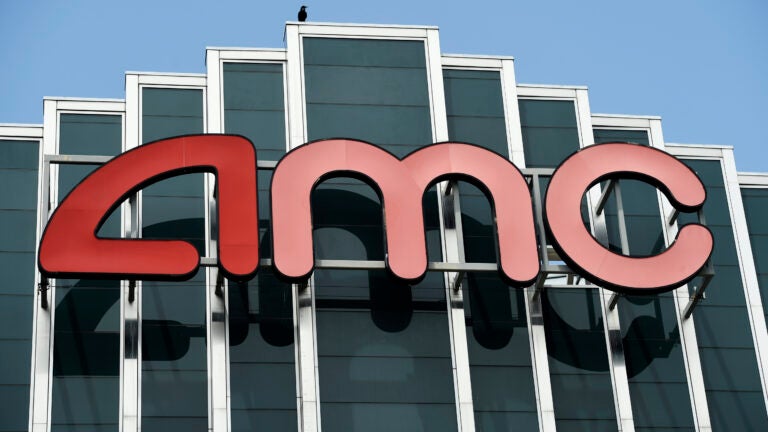