By all accounts, Disney’s new live-action remake of “Mulan” should have been a theatrical release.

With a price tag of $200 million, it’s the most expensive film ever directed by a woman (Niki Caro, “Whale Rider”). Critics who saw the film before the coronavirus pandemic shuttered theaters nationwide were struck by how visually stunning of a spectacle it was. Furthermore, Disney’s live-action remakes have been remarkably lucrative for the House of Mouse. Even when critics savaged the live-action “Lion King,” it earned more than $1.1 billion worldwide. And “Mulan” had the added bonus of potentially appealing to theater audiences in China, the world’s second-largest moviegoing market.

Instead, “Mulan” is now part of a grand experiment by Disney, with the movie available for subscribers to its Disney+ streaming platform on Sept. 4, but only if you pay a $30 Premier Access fee. (Disney+ subscribers who can wait three months will be able to stream “Mulan” for free starting Dec. 4.)

Paying more to see a movie at home than you would in the theater? That’s the topsy-turvy reality created by COVID-19.

So far, reviews of “Mulan” have been generally positive, with the film earning an 81 percent freshness rating on Rotten Tomatoes at the time of this article’s publication. That said, a single number can’t adequately capture the range of critical response, and many of the reviews coded as “fresh” or “rotten” by the critical aggregation site have a bit more nuance.

To help you decide whether to shell out $30 this weekend, wait until December, or skip it altogether, here’s what critics are saying — both good and bad — about “Mulan.”

Variety’s Peter Debruge said that, unlike the recent live-action remakes of “The Lion King” or “Aladdin,” “Mulan” isn’t a line-for-line remake of the 1998 cartoon, and is better for it.

“‘Mulan’ feels as if it were made by someone who didn’t necessarily love Disney’s earlier treatment. That may disappoint fans who grew up on that version but should pose no obstacle to a new generation sure to be inspired by this epic-scale tribute to female empowerment.”

In his three-star review, The Boston Globe’s Ty Burr wrote that “Mulan” improves upon the 1998 animated version and is the first of Disney’s live-action remakes not to feel like a “perverse corporate money-grab.”

“The stars of the film are the camerawork, the battle scenes — vertiginous exercises in whirling stuntmen and twirling angles — and leading actress Liu, who matures from rawboned girl to seasoned leader as we watch. … In the end, ‘Mulan’ 2020 stands as an inspired oddity: A reenvisioned remake that improves on the original even as it owes everything to movies that have come before.”

Richard Roeper of the Chicago Sun-Times wrote that “Mulan” was a gorgeous film well worth watching at home, even if it would have looked even better on the big screen.”

“It’s a shame that American audiences won’t be able to see Niki Caro’s spectacular live-action epic “Mulan” in theaters, but the good news is this is such a great-looking film, with amazing set pieces and dazzling action and colors so vibrant they would dazzle a Crayola factory, it will still play well on your home monitor. There are so many gorgeous shades of orange and magenta, blue and yellow, it’s as if we’re seeing these colors for the first time.”

Lindsey Bahr of the Associated Press said that “Mulan” was more good than bad, but it would have been improved by reminding viewers less of the 1998 original and instead focusing on being its own movie.

“There is more good than bad in ‘Mulan,’ and we should be so lucky to get a gorgeous and inspiring war epic that is suitable for children to watch. ‘Mulan’ might even inspire some kids to dip their toes into all that Asian cinema has to offer, which would be the best possible outcome. But something has to give in this blind fealty to the animated films, because it’s getting in the way of greatness.”

Brian Lowry of CNN called the film “good, but not great,” saying it provided “sumptuous entertainment” but was not a “must-buy.”

“‘Mulan’ feels bolder than some of Disney’s other live-action adaptations — think ‘Beauty and the Beast’ or ‘Aladdin’ — which closely followed the animated outlines and came away with princely box-office sums. Yet even applauding the creative risks, they yield uneven rewards — a solid, stirring film that doesn’t conjure the elusive fairy dust known as Disney magic.”

The Wall Street Journal’s Joe Morgenstern said that while “Mulan” represented an interesting experiment in at-home entertainment, it offered little of interest.

“It’s an efficient retelling of a tale about a young Chinese woman discovering her power—affecting at times, occasionally quite lovely, but earnest, often clumsy and notably short on joy.”

Vulture’s Allison Willmore disliked the film, but nevertheless appreciated it as a “fascinating cultural object” because of Disney’s attempts to merge “corporate girl-power tendencies with perceived Chinese values.”

“Mulan is a dour drag as a work of art and entertainment, an empty if occasionally impressive-looking spectacle propped up by some incredibly clunky writing.” 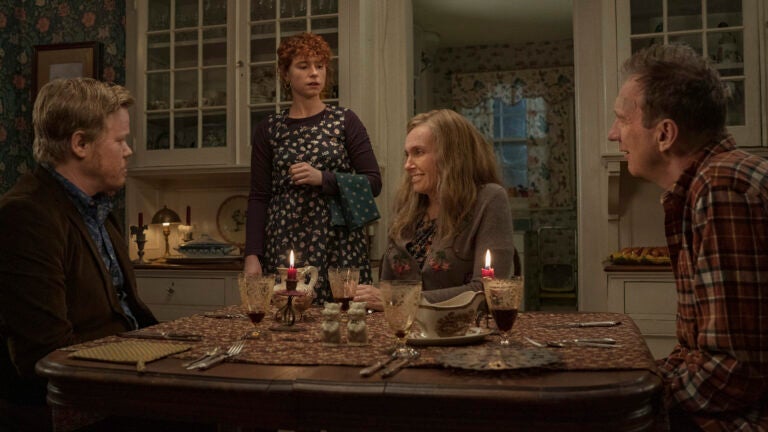 All the movies and TV shows hitting Netflix, Hulu, and Amazon Prime in September 2020