“Saturday Night Live” picked quite a week to kick off its 46th season.

The show wasted no time in poking fun at Trump’s coronavirus diagnosis, with moderator Chris Wallace (played by Beck Bennett) asking Baldwin if he took the “COVID test you promised you’d take in advance.”

Then came Carrey’s entrance as Biden, all smiles and finger guns behind black aviator sunglasses.

When asked if he was ready for the debate, Carrey replied “absolutely not,” but promised that he had “the beginning of 46 fantastic ideas I may or may not have access to.”

Just like in Tuesday’s debate, the “SNL” version featured Trump goading Biden to anger, with Carrey even evoking the memory of an infamous Boston mobster during the sketch.

“No, don’t let your inner Whitey Bulger come out,” Carrey said to himself after Baldwin interrupted and insulted him. “Just flash them all that smile they taught you in anger management.”

Carrey ended the sketch by pulling out a magical remote and pausing Baldwin mid-retort, before adding some commentary about Trump’s coronavirus diagnosis.

“Imagine if science and karma could some team up to send us all a message about how dangerous this virus can be,” Carrey said, staring at the frozen Baldwin. “I’m not saying I want it to happen. Just imagine if it did.”

“So this November, please get on the Biden train, which is literally a commuter train to Delaware,” Carrey continued. “And we can all make America not actively on fire again.” 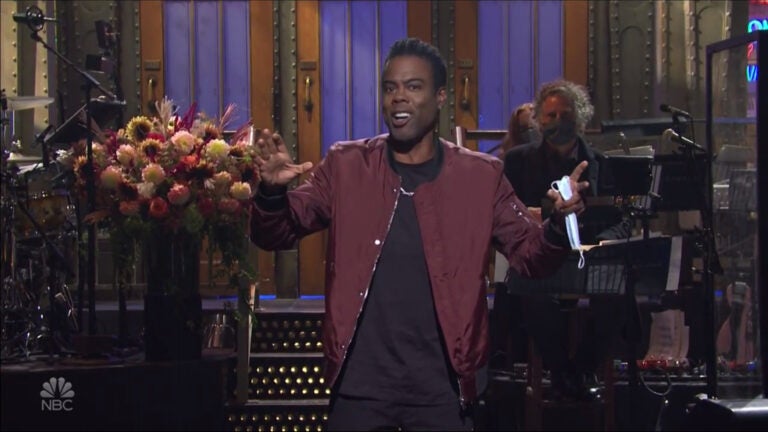