On ABC, George Stephanopoulos (Mikey Day) tried to reign in a meandering Joe Biden (Carrey) while asking “softball questions from folks who are already voting for you.” Over on NBC, Savannah Guthrie (Kate McKinnon) was a self-described “surprise badass” by asking Trump (Baldwin) tough questions.

“We have l0ts of voters waiting to ask questions, but I’d like to start by tearing you a new one,” McKinnon said.

Shortly after, she hit Baldwin with a question about QAnon, a widespread conspiracy movement that has engulfed fringe elements of the republican party. Baldwin used the opportunity to highlight Trump’s relationship with the late Jeffrey Epstein.

“All I do know is that they’re against pedophilia and I agree with that,” Baldwin said. “If anyone is against pedophilia it’s me, the man who was close, personal friends with one of the most famous pedophiles on Earth. Rest in power, Jeffrey.”

Meanwhile, over on ABC, Carrey alternated between telling long-winded stories with no point and dressing up as late PBS personalities Bob Ross and Mr. Rogers.

“Oh I’m sorry, I’m watching the Trump one,” Day said, looking away from his laptop after Carrey asked him a question. “They’re really going at it.” 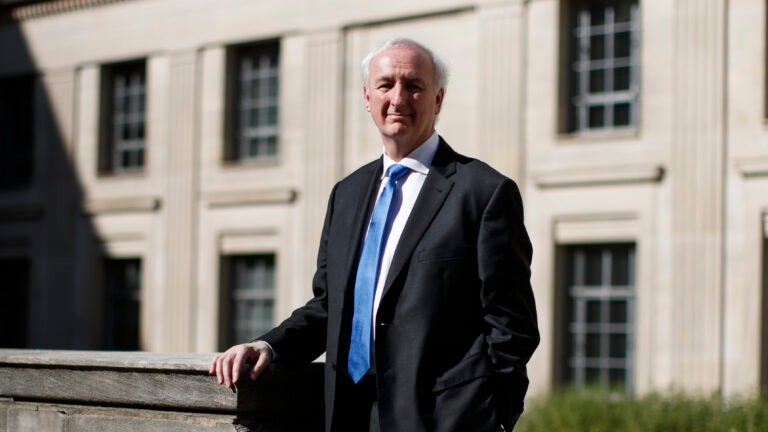