Apparently a 12-word title wasn’t long enough as Cohen and his clueless character have returned 14 years later with “Borat Subsequent Moviefilm: Delivery of Prodigious Bribe to American Regime for Make Benefit Once Glorious Nation of Kazakhstan,” which debuts Friday on Amazon Prime Video.

The film’s nominal plot revolves around Borat’s efforts to give his daughter (Maria Bakalova) as a gift to Vice President Mike Pence. Much like the 2006 original, the plot is a secondary concern as the main draw is a disguised Cohen humiliating unwitting participants and exposing the ugly beliefs of average Americans.

Interest in the Borat sequel spiked on Wednesday as film critics shared news of a scene involving former New York City mayor Rudy Giuliani. Critics also generally enjoyed the film, giving it an 82 percent freshness rating on Rotten Tomatoes at the time of this article’s publication.

That said, a single number can’t adequately capture the range of critical response, and many of the reviews coded as “fresh” or “rotten” by the critical aggregation site have a bit more nuance. To help you judge whether to push Cohen’s latest to the top of your watchlist, here’s what some of the top film critics are saying, both good and bad, about “Borat 2.”

Michael O’Sullivan, of the Washington Post, wrote that “Borat 2” was the perfect movie for people who are simultaneously sick of the “daily drumbeat of bad news” but also can’t look away.

“It’s a comedy of outrage and horror that elicits laughter not as a cure for what ails us, or even a temporary balm, but a close cousin of the feeling you get — sharp pain followed by relief — when a Band-Aid has been ripped off an open wound.”

Barry Hertz, of The Globe and Mail, wrote that after a summer of delayed blockbusters, the Borat sequel was exactly what the world needs right now.

“The new film is an essential piece of 2020 culture, distilling the mania of this cursed year into a compact 95 minutes of jaw-dropping cringe comedy.”

“Sacha Baron Cohen’s ‘Borat Subsequent Moviefilm’ is a deliciously unstable comedy. This new installment in the misadventures of Cohen’s ignorant yet fearless Kazakhstani journalist Borat Sagdiyev is filled with risqué (and just plain risky) jokes. Some land. Others explode in the film’s own face like a baggy-pants comedian’s prop cigar. That’s all true to the spirit of Borat, for better and worse.”

The Boston Globe’s Ty Burr gave the film two-and-a-half stars, theorizing that “Borat 2” was less effective than the 2006 original because the worst of America has moved from the shadows to the spotlight.

“When he did so in 2006, with the first ‘Borat’ movie, it came as a comic shock — a revelation of a casually hateful American Id many knew was there but that had yet to be captured on film. Fourteen years later, that Id has taken over — indeed, it proudly runs the country — and so the belated sequel ‘Borat Subsequent Moviefilm’ lands on Amazon with a different and only partly effective splat.”

Jake Coyle, of the Associated Press, praised Cohen for continuing to find comedy gold, while conceding that “Subsequent Moviefilm” doesn’t quite match the 2006 original.

“His trail of fiascos this time is a little more limited but no less damning. The ‘Borat’ sequel will make you laugh and squirm as much as it will send shudders down your spine.”

Justin Chang, of the Los Angeles Times, said that the sequel suffered from both Borat’s widespread recognition and poorly planned prank setups.

“With a few exceptions — namely a boorish plastic surgeon who is successfully goaded into a display of casual racism — Borat’s satirical jabs don’t land with quite the same cringe-making force this time; the setups are too convoluted, the anonymous targets too genial, the payoffs too meager.”

Devika Girish, of the New York Times, said that “Subsequent Moviefilm” suffered in comparison to the original because Cohen’s movie was now a test of gullibility instead of civility.

“Baron Cohen said in a Times interview that he wanted to put out the film before the election as ‘a reminder to women of who they’re voting for — or who they’re not voting for.’ But at a time when those in power brazenly flaunt their misogyny, this faith in the persuasive effects of public shaming strikes me as misplaced. The elaborate ruses of ‘Borat Subsequent Moviefilm’ left me neither entertained nor enraged, but simply resigned.” 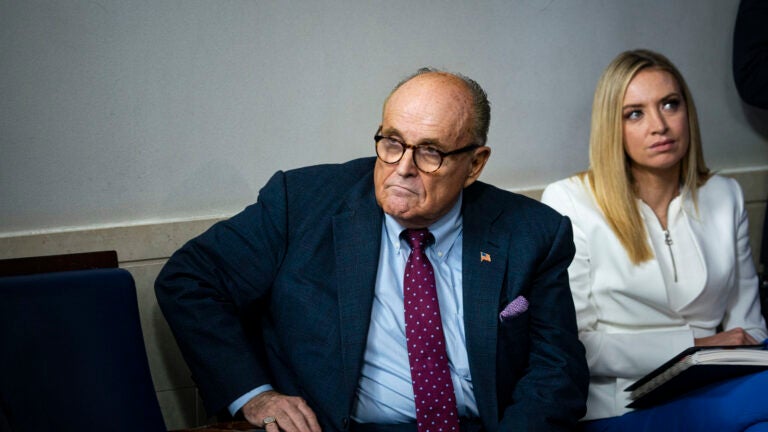