What’s Halloween without a scary movie or two? Especially this year, with parties being discouraged by the powers that be, gathering the family together for a night of thrills and chills around the TV might be the best (and safest) way to spend your Halloween night.

But what to watch? Go too creepy and you might scare the pants of the little ones, but too blasé and they’ll be bored stiff. With that in mind, we went to the experts — Boston.com readers. Here are the five most reader-recommended family-friendly Halloween movies, and a list of other flicks that readers suggest you queue up for a frighteningly good time.

1) “Hocus Pocus” (1993). Far and away the most frequently cited flick in our poll, families clearly remain enamored of the Salem-set tale of three evil witches in search of immortality, and the local kids who have to thwart them. It has just enough thrills and chills to enthrall kids of all ages, and let’s face it, Bette Midler’s long-nailed, buck-toothed Winifred is scary looking enough to pop up in anyone’s nightmares. (The film’s many fans will be happy to hear the sequel is finally in the works.) Ages 10+

2) “Beetlejuice” (1988). It’s probably worth mentioning that Michael Keaton’s afterlife trickster has a penchant for inappropriate behavior, including looking up skirts and dropping the occasional F-bomb. So it may be best to reserve this one for teen slumber parties rather than grade-school gatherings. But it’s enough of a Halloween classic to have earned multiple mentions in our poll results, and not just for Keaton’s over-the-top horror shenanigans: Alec Baldwin and Geena Davis mine endless comic possibilities out of being dead, and Winona Ryder’s goth goddess Lydia is worth watching for her gravity-defying dance number alone. Ages 14+

3) “Ghostbusters” (1984). Another ’80s favorite that might introduce your youngster to some sketchy phrases — the memorable line in which Bill Murray’s Peter Venkman makes a declaration about the absence of a certain part of evil environmental inspector William Peck’s anatomy, for instance. But if your kids can handle some off-color remarks, they’ll certainly be rewarded by the funniest supernatural hijinks this side of the Stay Puft Marshmallow Man. (Odd thing about watching this as an adult, though, is that you may find you have some sympathy for poor Peck — the Ghostbusters really should have taken out permits.) Ages 12+

4) “Coco” (2017). Typical of a Pixar film, it’s an idea that on paper sounds, well, weird: A young Mexican boy must solve a deceased relative’s mystery in the Land of the Dead to reverse his living family’s ban on music. Also typical of Pixar, though, is a near-perfect execution that somehow grapples with issues of life and death, love, family legacies, and the healing power of song. Plus it’s a wonderful cultural introduction to the Mexican Day of the Dead that just may have junior reaching for a guitarrón. Also, lots of skeletons! Ages 7+

5) “Wallace & Gromit: Curse of the Were-Rabbit” (2005). What’s not to love about everyone’s favorite stop-action duo? Wallace’s earnest cluelessness and his dog Gromit’s priceless (silent) reactions were already the stuff of cartoon comedy legend thanks to several award-winning shorts, and their feature film debut only ups the ante. Here, the pair takes on the vegetable-devouring were-rabbit, spoofing all your favorite monster-on-the-loose films along the way. The very British reactions to the proceedings by Peter Sallis (Wallace), Ralph Fiennes (Victor Quartermaine), and Helena Bonham Carter (Lady Campanula Tottington) will keep the grown-ups chuckling, and Gromit provides the best (and most hilarious) face-acting you’ll ever see from a mute clay dog. Ages 7+

Others films mentioned by readers included:

Here’s what some readers had to say about their Halloween family-film choices:

“Aside from ‘Hocus Pocus’ and ‘Nightmare Before Christmas,’ for us we also watch anything and everything ‘Addams Family’ and ‘Hotel Transylvania’ all together. The older kiddo gets to watch ‘Beetlejuice’ as well.”— Nate, Quincy

“‘Beetlejuice’ and ‘The Witches’ (the original with Anjelica Huston). Come on, is an explanation needed? The funny, the suspense, the characters!” — Bora, West Fens

“‘Hocus Pocus’ is the quintessential family Halloween film. First, excellent casting. Introducing your children to Bette Midler is a necessity. Second, kids love talking animals and Binx is smart, dedicated, and family-oriented. Third, it will probably make your kids appreciate each other! Dani and Max, Thacary and Emily. Both great sibling relationship role models. Fourth, there’s humor for kids and adults so everyone is entertained. Fifth and final — incredible family costume material.” — Ashley, Tewksbury

“Hocus Pocus! Classic New England film with lots of fun characters and entertaining for adults to enjoy with the kids.” — Mandy, Waltham

“It’s an oldie but a goodie: ‘Ernest Scared Stupid.’ Full of goofy slapstick humor, it’s just spooky enough to create suspense without giving the kids nightmares. Ernest has sadly been largely forgotten in the past few years, but this is still one of my favorite Halloween movies.” — Tony, North Reading

“‘The Halloween Tree’ — based on a Ray Bradbury story, this classic used to be played all the time on TV around the holiday, and tells the story of the history of All Hallows Eve across history and four friends fight to save the soul of another friend.”

“‘Over the Garden Wall.’ Not explicitly Halloween, but the entire fall season. This more recent Cartoon Network miniseries is an astounding work of art, visually, musically, with great voice acting and storytelling. A dark-ish twist on a coming of age story.” 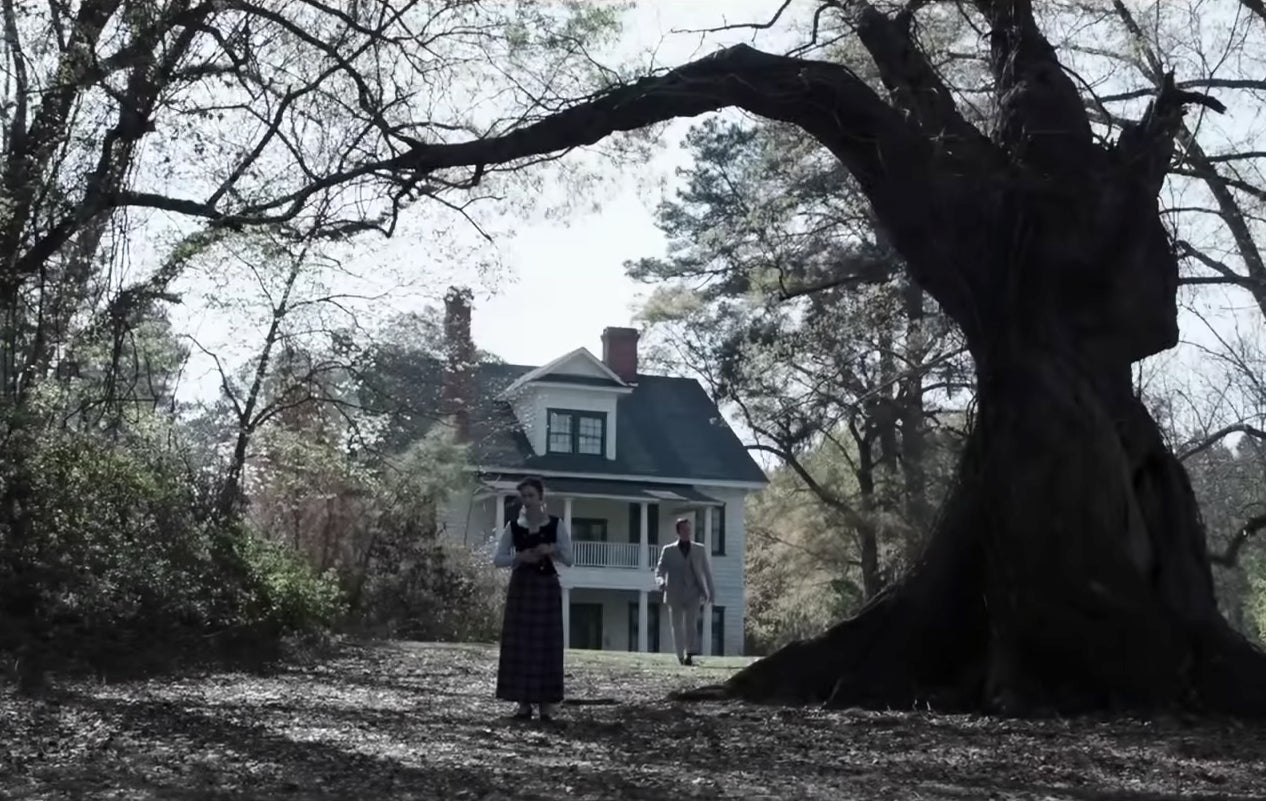 The top 60 scariest movies of all time