A little more than 12 hours after Joe Biden was officially elected the 46th president of the United States, “Saturday Night Live” returned for its final new episode of the election season, with Jim Carrey and Alec Baldwin reprising their roles as Biden and President Donald Trump in the show’s cold open.

As Biden, Carrey was buoyant, while also acknowledging that he will soon be the oldest person to take the office of president.

“I’ve never felt so alive,” Carrey said. “Which is ironic because I’m not that alive.”

As Trump, Baldwin spewed many of the same baseless voter fraud conspiracies that the president has pushed in recent days.

“Good evening, thank you for coming to watch my victory speech tonight,” Baldwin said. “As anyone who died halfway through Tuesday knows, I was re-elected president of the United States.”

“We all know this election was rigged. Just look at the map,” Baldwin continued. “There was no blue wave, there was a red wave across the country.”

“Show them the map Kayleigh, see? So much red,” Baldwin added, as press secretary Kayleigh Mcenany (Chloe Fineman) showed off a map of nationwide COVID-19 cases.

Maya Rudolph also made an appearance as Vice President-elect Kamala Harris. The crowd cheered as Rudolph listed off all of the milestones Harris is setting by assuming office, as “the first female, the first black, the first Indian-American, and the first biracial vice president.”

“Also, my husband will be the first second gentleman, and he’s Jewish,” Rudolph said. “So between us, we check more boxes than a disqualified ballot.”

Carrey finished the cold open by pulling out one of his “Ace Ventura” catchphrases, calling Trump a loser — or as Carrey put it, a “la-hoo-suh-herr.” 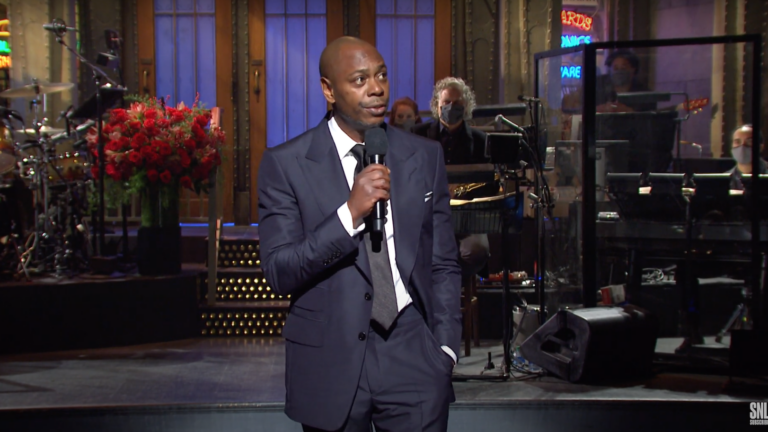