“Weekend Update” was in fine form on the newest episode of “Saturday Night Live,” with hosts Colin Jost and Michael Che reacting to the avalanche of election news that built up over the last week.

Jost began the segment by playing clips of crowds from around the world celebrating Donald Trump’s failed bid for reelection.

“Do you know how bad you have to be for Paris to ring church bells when you lose? They didn’t even do that for the real hunchback’s funeral,” Jost said. “The whole world is celebrating like World War II just ended.”

“And I know this isn’t really the same as defeating the Nazis, but it did end with a fascist leader hiding in a bunker,” Jost continued, showing a picture of Trump hitting a golf ball out of a sand trap.

Jost also reminded the studio audience that in a short amount of time, no one would have to listen to or pay attention to Trump anymore.

“The most important thing about Donald Trump losing this election is that pretty soon we will never have to listen to Donald Trump again,” Jost said. “We may want to listen sometimes for entertainment, just like we might want to slow down to get a better look at a burning car. But we don’t have to.”

“Before Trump was  president, no one ever cared what he said,” Jost continued. “No one was ever like, ‘Huh, I wonder what the least-successful real estate developer in New York thinks about this.’ In three months, Trump will just be another guy yelling conspiracy theories in the background.” 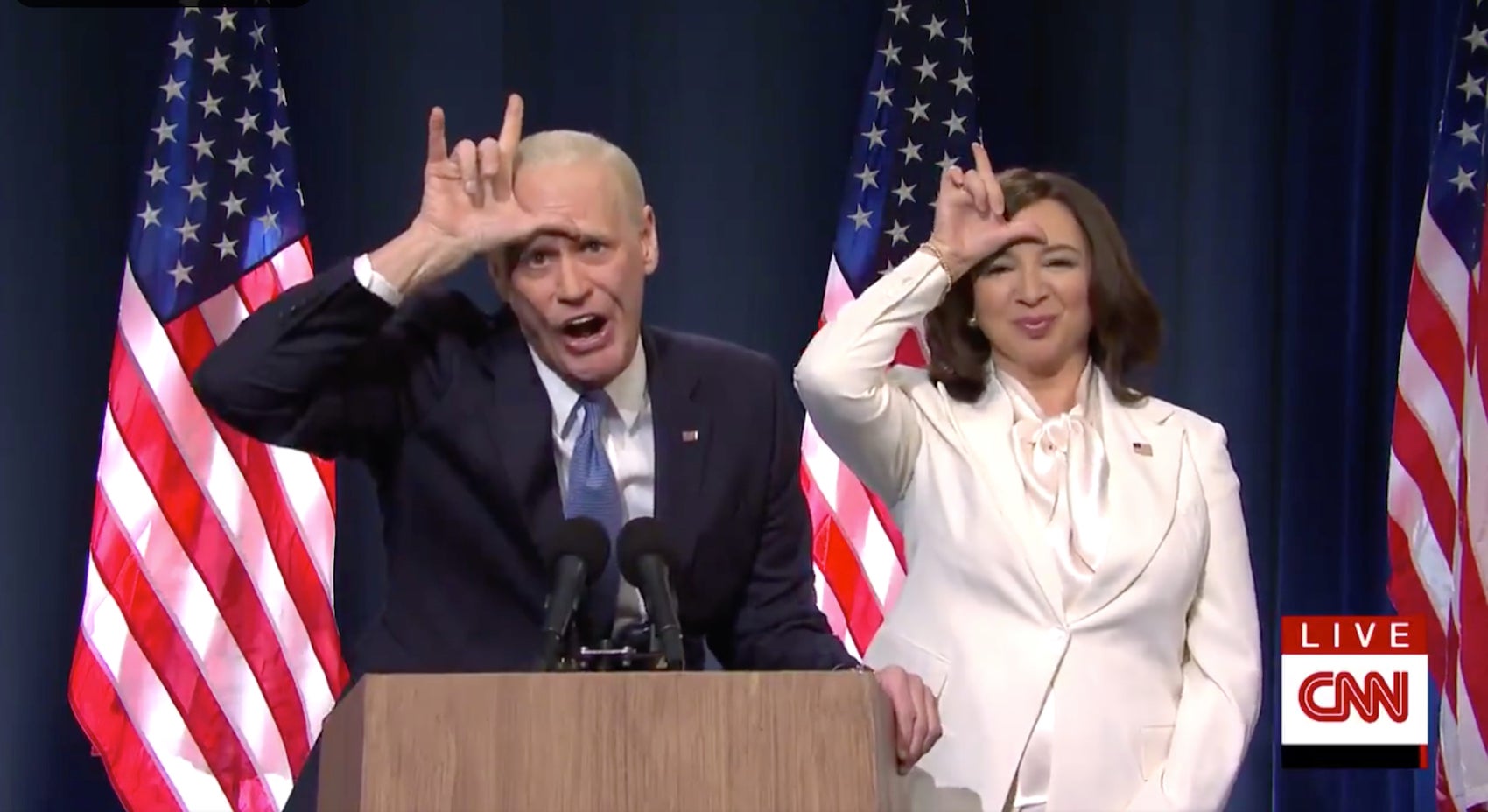