Leonardo DiCaprio has largely kept a low profile since arriving in Boston to film the Adam McKay Netflix comedy “Don’t Look Up.” But DiCaprio and girlfriend Camila Morrone were briefly in the public eye on New Year’s Eve when they visited the North End to pick up the makings of a hearty Italian feast.

DiCaprio, Morrone, and one other woman visited Table Mercato on Thursday afternoon, loading up on pastas, sauces, homemade potato chips, fig jam, and other items from owner Jen Royle’s Italian shop. Royle, who runs Table Mercato and the adjoining Italian restaurant Table, said DiCaprio was one of the first customers to ever require a basket to haul all of his items, which she guessed was for a stay-at-home meal.

“They’re staying in, no one’s going to dinner on New Year’s Eve,” Royle told Boston.com Saturday afternoon. “They probably just wanted to load up on stuff, shut the blinds, and cook.”

Royle said she was busy working in the basement of the store when DiCaprio and Morrone came through, but said the store’s employees and customers recognized the actor.

“The people in the store said he just had the bluest eyes they’d ever seen,” Royle said. “You couldn’t mistake him for anyone else, even with the mask.”

Thank you @LeoDiCaprio for coming to my @MercatoTABLE last night. I have no idea what you purchased, but I hope it was good! 😬

Since kicking off production on “Don’t Look Up” in late November, DiCaprio and other cast members have filmed all over Massachusetts, most notably on Dec. 1 at South Station, when stars he and co-star Jennifer Lawrence filmed scenes on an Acela train.

“Don’t Look Up” has also filmed at the Museum of Fine Arts Boston, at Wheaton College in Norton, at Salisbury Beach, the DCU Center in Worcester, Battleship Cove in Fall River, and Union Point in Weymouth. Filming is expected to continue through at least mid-February.

In the film, Lawrence and DiCaprio play a pair of astronomers who discover that an asteroid is on a collision course for earth. When they begin to speak publicly about the imminent danger, they find that no one will take their dire warnings of impending doom seriously. 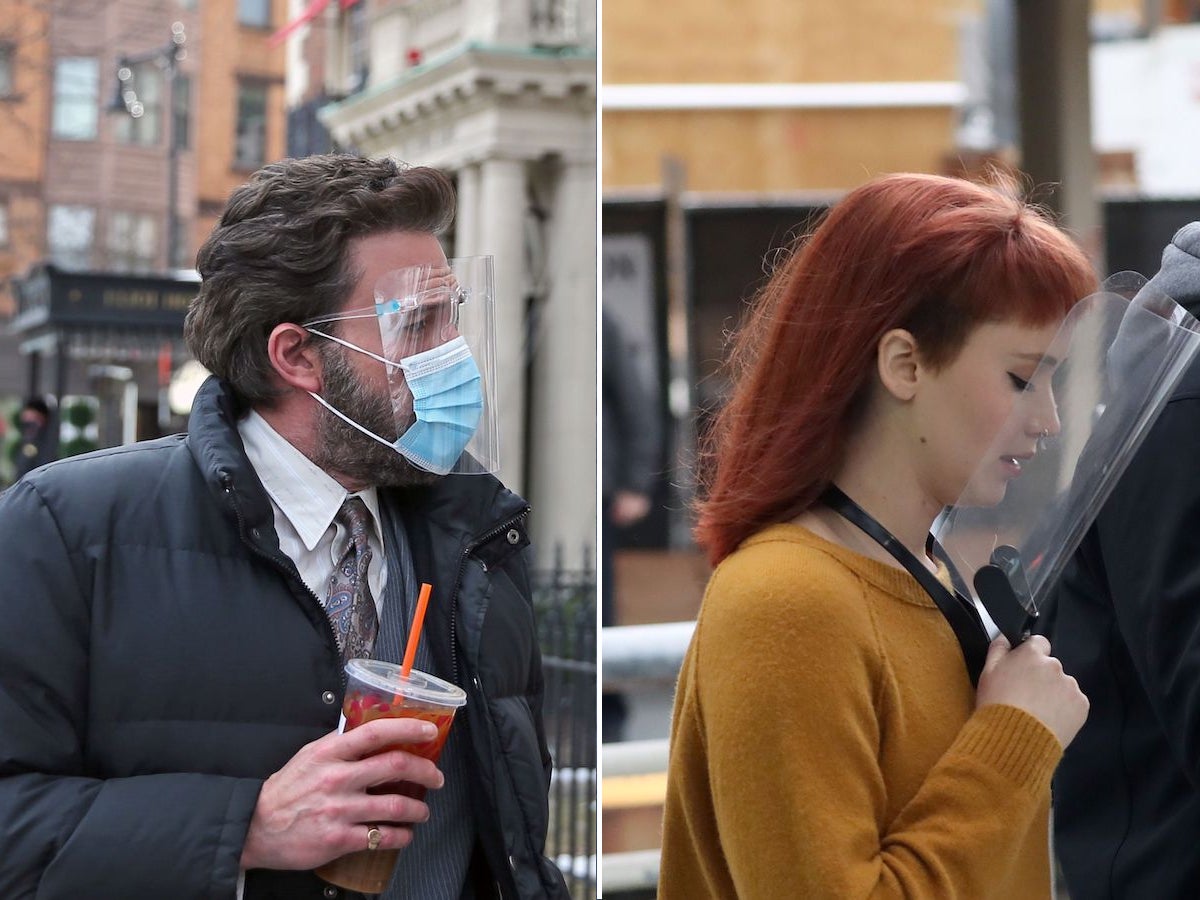